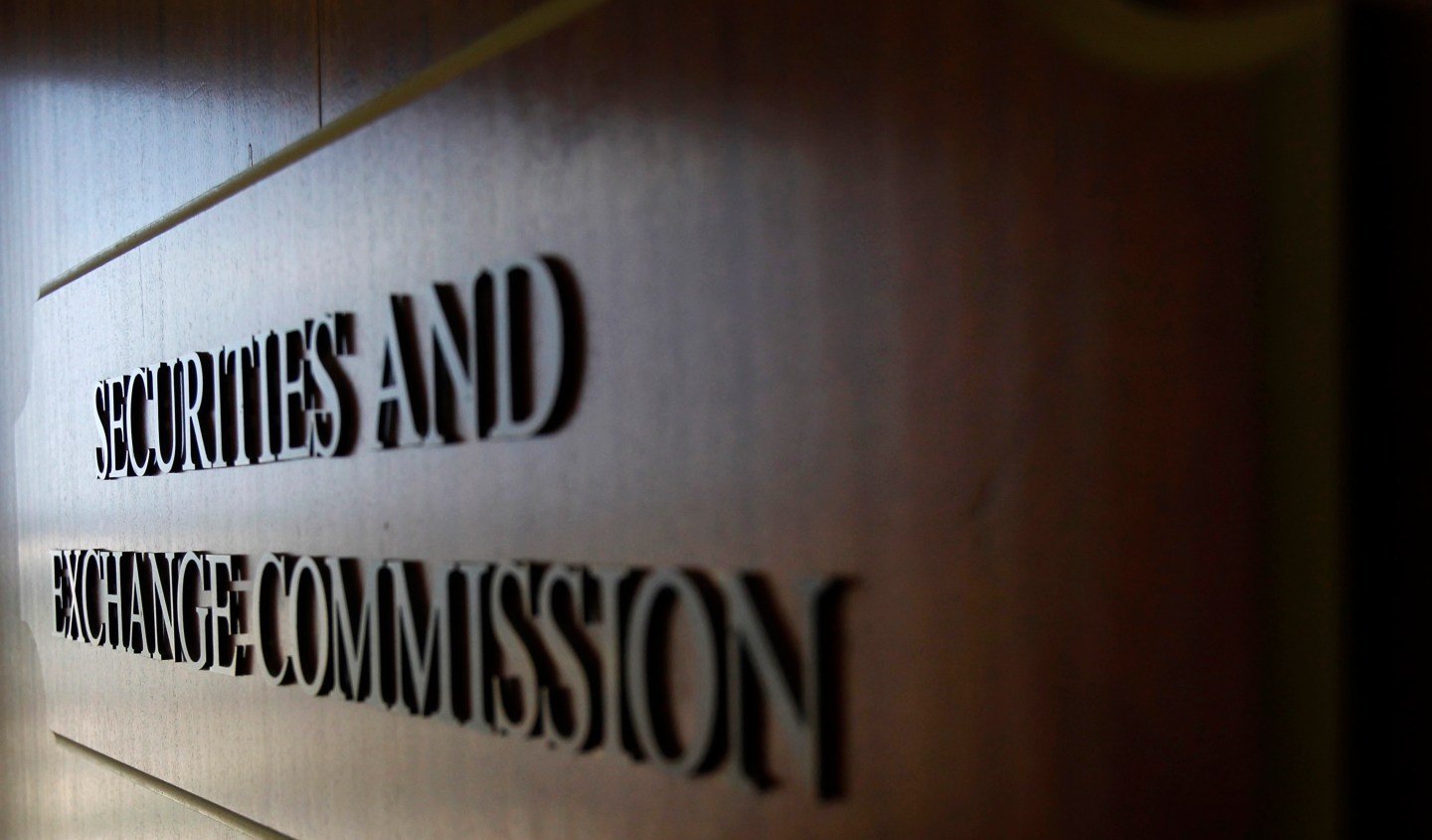 A sign for the Securities and Exchange Commission (SEC) is pictured in the foyer of the Fort Worth Regional Office in Fort Worth, Texas June 28, 2012. Picture taken June 28, 2012. To match Feature SEC-FORTWORTH/ REUTERS/Mike Stone (UNITED STATES - Tags: BUSINESS POLITICS) - RTR353WZ
Photograph by Mike Stone — Reuters

That’s roughly how much the Securities and Exchange Commission says a Bulgarian man made in illicit profits after orchestrating, possibly with the help of others, a bogus takeover offer for Avon Products (AVP) last month. Shares of the door-to-door cosmetics company rose 20% on the fake news, allowing the trader to cash out. On Thursday, the SEC sued Nedco Nedev and a shell company PTG Capital Partners, which had officially made the bid for Avon.

The stock manipulation scheme made news in mid-May because of the jump in Avon’s stock based on the takeover bid, which the company almost immediately said it had no knowledge of and that most people quickly realized was bogus. Some quipped it was a scheme that could only have defrauded computers and other high-speed trading systems.

But the big news was that it happened using the SEC’s own system. PTG Capital Partners, which the SEC claims was organized for the sole purpose of “stock manipulation schemes,” allegedly filed its fake bid for Avon with the SEC. The stock market’s chief regulator then published the bogus bid on its website, in its Edgar filings database. Fortune’s Dan Primack said the Avon scheme clearly showed that the SEC’s corporate filings system’s quality controls are broken. Late last month, Iowa Senator Chuck Grassley sent a letter to the SEC asking the agency to review its policies and said the scheme demonstrated that there was a “systematic vulnerability” with its filing system.

Thursday’s lawsuit detailed how easy it was for Nedev and others to gain access to the SEC database. The SEC said that PTG submitted a request for a login to its filings system in mid-April. In order to get a login, all the SEC requires is that a company fill out a form saying it’s incorporated and provide a mailing address. PTG said it was incorporated in the British Virgin Islands, and it gave a mailing address in London. All the SEC required was confirmation via notary republic. PTG allegedly faked that, too, and it was granted access to the SEC’s system. When it did file its bid for Avon, PTG said it was located on an island in the Indian Ocean, 2,600 miles off the coast of Africa, where no company is registered.

The fact that the trader made slightly less than $5,000 on the scheme might lead to some to believe that this isn’t that big of a deal. The SEC has been taking a beating lately, and this may seem like the least of its troubles. Nedev does appear to have pulled off a similar scheme with other, lower profile stocks. In another instance, he made slightly less than $25,000. These stakes are not likely to attract copycats.

What’s more, thousands of companies file tens of thousands of documents on a regular basis with the SEC. Some of those documents are hundreds of pages long. So you could argue that it’s unreasonable to expect the SEC to verify all of those filings.

But that’s not the point. From time to time, legitimate companies will make false statements in SEC filings. There is no way the SEC is going to stop that. But the SEC should be able to thwart sham companies from making completely baseless bids on its own website. To use an analogy, the SEC’s house may get robbed from time to time, but that doesn’t mean it should leave its front door wide open with a sign that says, “Come on in.”

Update: Apparently, Nedev, the alleged Bulgarian stock market manipulator, didn’t even make $5,000. That’s just how much less he lost than he would have without the stock manipulation scheme. In all, Nedev actually lost about $85,000 on his total position in Avon, including whatever he made illegally from manipulation. Matt Levine concludes that means Nedev is either a terrible trader and fraudster, or trying to manipulate stocks using the SEC’s Edgar system is a really worthless way to commit fraud.