The Declining Importance of Black Friday in One Chart 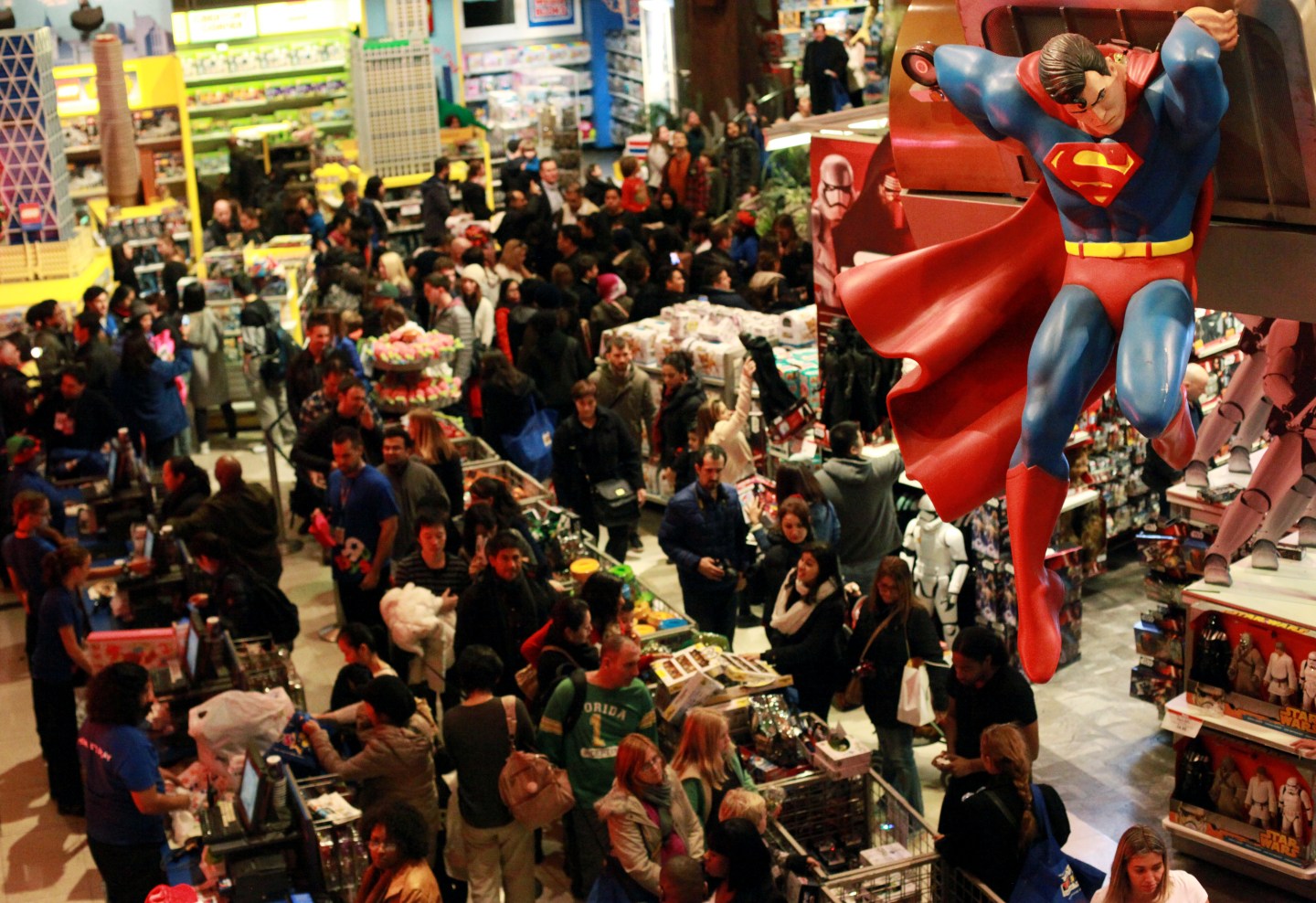 For all the hoopla surrounding Black Friday every year, the fact is the so-called “Super Bowl” of retail is shrinking in importance every year.

Looking to get a jump on one another (and Amazon) , major retailer chains including Walmart (WMT), Target (TGT) and Macy’s (M) have been rolling out Black Friday deals well ahead of the big event itself. By going earlier and earlier each year the big shopping event has been diluted. Indeed, RetailNext reported that in-store sales on Thanksgiving and Black Friday had fallen.

Spending per person over Thanksgiving weekend peaked at $423.44 in 2012 and has fallen each year, reaching $380.95 last year, according to the National Retail Federation. That decrease occurred despite longer and longer store hours..

This year, the average person spent $319, though the NRF says that number is not comparable to previous years because of changes in its methodology. But given how particularly aggressive retailers got this year- Target started offering 10 days of deals leading up to Thanksgiving, it is more than likely that trend continued.

So this doesn’t mean overall spending is down. Last year, the NRF said spending had fallen 11% over the long Thanksgiving holiday weekend, spooking the industry, but for the season, retail sales were up 4.1%. It most likely confirms many people’s suspicions: that Black Friday has become Black November.

This year, more shoppers went online than to stores, a significant milestone.