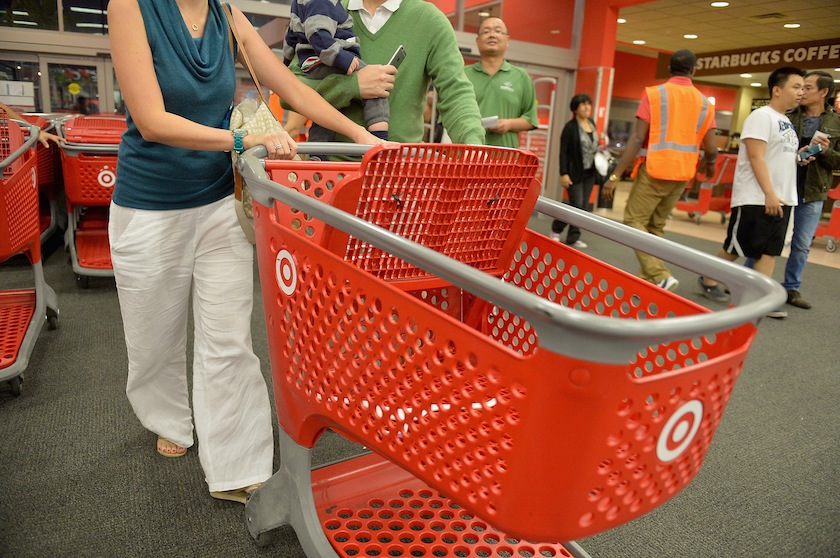 On Thursday, Billboard reported that British singer Adele’s new album, 25, had set a new U.S. record by selling 3 million copies in less than one week.

It’s an astonishing feat in an era of dwindling music sales. And it’s also proving to be a boon for the nation’s third-largest retailer: Target (TGT).

The discount store is selling a version of 25 with three extra tracks, and the exclusive edition is driving a lot of traffic into Target stores just when it could use the help: Thanksgiving and Black Friday, the highest volume weekend of the year for retailers.

“It’s the biggest release we’ve ever had — this is going to break all the records for us,” Target Chief Executive Brian Cornell told reporters at a briefing on Thanksgiving evening at a store in Jersey City, N.J. It’s worth noting Target has also sold exclusive versions of Taylor Swift CDs in the past.

“The combination of Adele dropping when it did, the weekend before Thanksgiving, really helped bring in people,” Cornell added.

Helped by a warm evening, there were throngs of shoppers outside the Jersey City store ahead of its opening at 6 p.m., not just for Adele but for items such as TV’s and a giant teddy bear for $10, as there were at the Best Buy (BBY) next door, underscoring how competitive the holiday season is shaping up to be.

Target did all it could to leverage the unprecedented interest in Adele’s record by posting seven videos of her songs on its Web site and creating advertising around the release. The retailer said it could not yet disclose how many copies of 25 it has sold.

Another tactic Target used for the first time, seemingly successfully, was to offer Black Friday deals online as of Thanksgiving morning, giving shoppers early access to deals they could only get in stores at 6 p.m. Walmart (WMT) and Best Buy made similar offers.

Target also started to offer deals earlier in November, including a “10 days of deals” promotion, which offered Black Friday-like deals on certain items for each of 10 days leading up to Thanksgiving.

“It’s off to a great start, we’ve had a terrific 24 hours online and we’re seeing reports that lines at stores are long, in many cases longer than last year,” Cornell said, adding that at least 90% of holiday sales would occur in stores.

And he also rejected claims that Black Friday is becoming irrelevant. (The National Retail Federation recently forecast that Thanksgiving weekend shopper traffic would be down as a result of earlier deals.)

“We keep hearing that, but the guests keep showing up,” he said. “Traffic is expected to be up, we expect traffic to be up.”