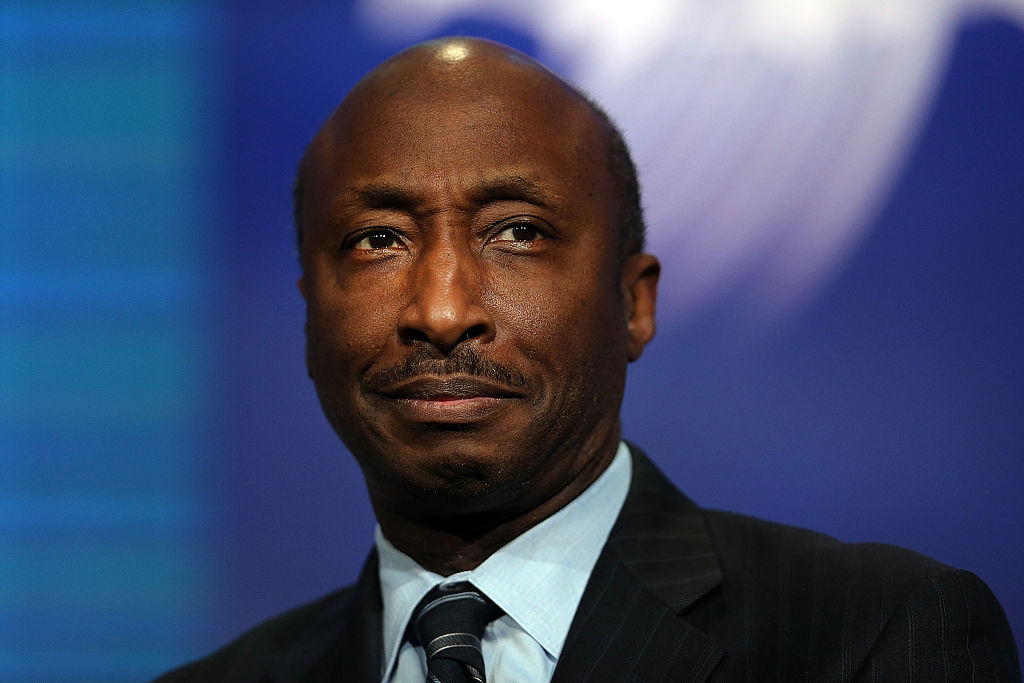 NEW YORK, NY - SEPTEMBER 27: Kenneth Frazier the Chairman and CEO of the pharmaceutical company Merck & Co., is viewed on stage at the the annual Clinton Global Initiative (CGI) meeting on September 27, 2015 in New York City. The event, which coincides with the General Assembly at the United Nations, gathers global leaders, activists and business people to try and to bring solutions to the world's most pressing challenges. CGI Annual Meetings have brought together 190 sitting and former heads of state, more than 20 Nobel Prize laureates, and hundreds of leading CEOs, heads of foundations and NGOs, major philanthropists, and members of the media. The meeting was established in 2005 by President Bill Clinton. (Photo by Spencer Platt/Getty Images)
Photograph by Spencer Platt--Getty Images

Don’t mistake Turing Pharmaceuticals, the drug company that raised the price a life-saving treatment by more than 5,000% in August, for the whole of the pharmaceutical industry, said Merck & Co. CEO Kenneth Frazier.

“Turing is not the market,” said Frazier. “The CEO spooled up manufacturing in a case where other people left the market. This is a hedge fund guy masquerading as a pharma exec.”

Frazier, one of the few pharmaceutical CEOs to speak publicly (and bluntly) against Turing CEO Martin Shkreli, made the comments in discussion with four other executives from across the health care industry as part of the Health and Human Services Pharmaceutical Forum Friday. With that comment, Frazier was trying to draw a clear line between the drug companies that have come under pressure recently for skyrocketing prices, including Turing and Valeant Pharmaceuticals (VRX), and other big name pharma companies that are working to create innovative new drugs.

He and Express Scripts’ senior vice president Steve Miller and Kaiser Permanente’s CEO Bernard Tyson, discussed how each of their companies are trying to address soaring drug costs and help patients receive the best care possible. Each executive agreed that it comes down to outcomes, but finding the best way to measure results is less clear.

“We’re, as an industry, going to have to try a tremendous number of experiments to figure this out,” said Miller, who also serves as chief medical officer for Express Scripts.

And each organization is doing just that.

Express Scripts (ESRX) is introducing a program next year to test indication-based pricing for cancer treatments, a method for which he credits Memorial Sloan Kettering’s Peter Bach. The program would adjust the price based on how well the drug performs: the more better the outcome, the more a company can charge for the medicine.

For example, cancer drug Tarceva can extend a lung cancer patient’s life by an average of 5.2 months, whereas the same drug will extend a pancreatic cancer patient’s life by an average of only 12 days. In any other industry, argued Miller, you wouldn’t pay the same for something that works one tenth as well—and that’s exactly what the indication-based pricing is meant to solve. It would adjust the price each of those patients pay to reflect the effectiveness.

Merck (MRK) is also trying its own pilot to adjust for value in partnership with Cigna (CI). It is incentivizing Cigna to implement programs that help diabetes patients better adhere to their medication regimens and, ultimately, help better control their disease. If Cigna succeeds by making patients healthier, Merck will give the insurer a higher rebate.

These initiatives are the tip of the iceberg. The executives aren’t sure how these programs will pan out, the group agreed, but making sure patients can afford life-saving drugs is vital to the industry’s survival.

“Treating everyone is the right thing to do,” said Miller. “If Jonas Salk had priced the polio vaccine like we see today, we’d still have polio. We need better pricing, and we need people out there engaging patients and getting them treated.”

For more about pharmaceuticals, watch this Fortune video: