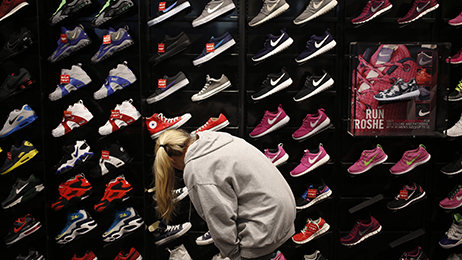 Wall Street stock futures are edging higher into the weekend, while the dollar is back under $1.07 against the euro after a fresh barrage of doveish comments by Mario Draghi all but committing the ECB to an expansion of its quantitative easing program when its policy-making council next meets in early December. Crude oil futures are back below $42 a barrel though on lingering concerns of oversupply in the world market.

Today’s must-read story is from Fortune‘s Claire Zillman and it looks at the decline in the number of part-time and full-time college students who are active in the workforce.

At least three people are dead after terrorists took 170 hostages (including Turkish and French citizens as well as locals) in the Radisson Blu hotel in Bamako, capital of the West African country of Mali. The attack comes at the end of a week of furious police activity in France, Belgium and elsewhere in Europe to stop further outrages there. So far, no-one has claimed responsibility for the attack, but the BBC reports that a radical Islamist leader has called for French interests in the land-locked country to be targeted.

The troubled German automaker comes up against a regulatory deadline in the U.S. today, as California gave Volkswagen (VLKAY) until today to come up with a plan for fixing 480,000 diesel cars in the state that were rigged with software to cheat U.S. emissions tests. The company has said that the deceptive software affects up to 11 million diesel cars around the world and investors will be watching to see how VW proposes to refit its cars and how long it will take to do so.

It’s still another week until the official Black Friday falls on the day after Thanksgiving in the U.S., but some retailers will look to get a head start on deal-savvy consumers by offering early discounts. Amazon (AMZN) leads the way with a Black Friday online store that opens for business today and will add new deals every five minutes for eight consecutive days. Best Buy (BBY) is also getting in on the early deal action with its own two-day sale event that ends Friday night.