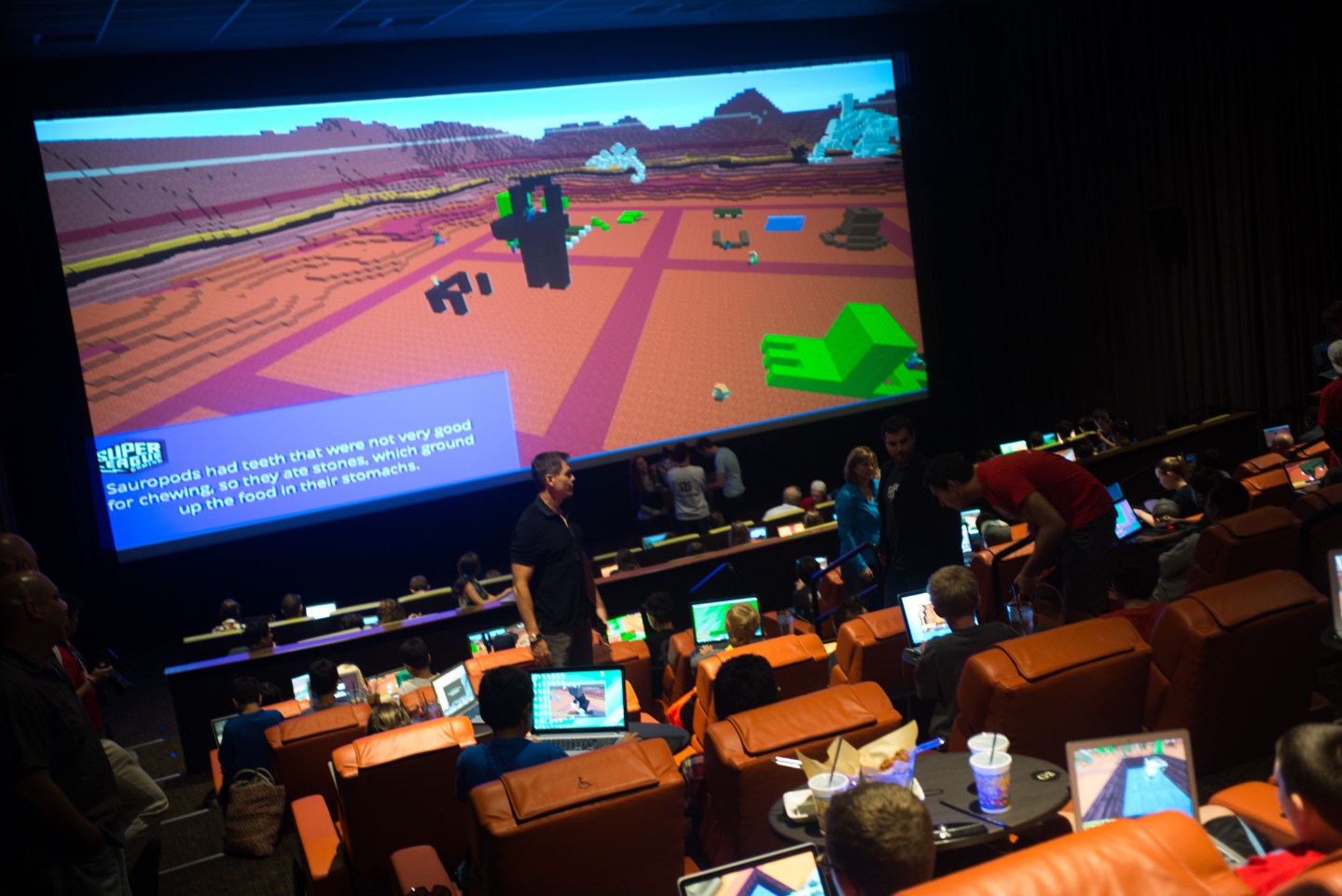 If the Internet has taught us anything, it is that all forms of media compete with all other forms. News or music, television or video games—the principle that unifies them is that they all compete for a person’s attention. Any successful business model ultimately stems from that concept.

Newspapers and magazines naturally get a lot of attention. So do music and television. Video games, however—despite their skyrocketing popularity—don’t quite enjoy the same recognition in media circles.

But that industry has proven to be a canary in a coal mine when it comes to media models on the Internet, according to Chris Dixon. A partner with Silicon Valley venture firm Andreessen Horowitz, Dixon explained in a recent blog post that the video game industry has evolved to suit the Internet’s demands, which in turn has rendered it a leader for new ideas in media models.

“Even if you have no interest in video games, if you are interested in media, you should be interested in PC gaming,” Dixon writes. “PC gaming has, for a variety of reasons, become a hotbed of experimentation. These experiments have resulted in a new practices and business models—some of them surprising and counterintuitive—that provide valuable lessons for the rest of the media industry.”

More than anything, the gaming industry has been willing to experiment with different formats and business models because it isn’t clear what may work with a given audience. Unfortunately, many traditional media companies aren’t very good at experimentation, even as the steep decline in ad dollars has put pressure on them to catch up.

Some have made more progress than others: As its print revenues slip, the New York Times Co. (NYT) is working hard to acquire digital readers with new products like NYT Now and NYT Cooking. And facing a challenging environment to secure its lucrative broadcast retransmission fees, CBS Corp. (CBS) has opened additional distribution channels through new apps (CBS All Access) and networks (the 24-hour, all-digital CBSN).

All of this requires a need for media companies to think outside the box when it comes to revenue models, as Dixon points out. A case in point: In his 1,500-word post about gaming, an incredibly popular form of media that has an audience of billions of people worldwide, the word “advertising” never appears.

The gaming industry approaches revenue in many different ways. For example, Dixon notes that popular games like Dota 2—a multiplayer strategy game that is played on Valve’s Steam cloud-based gaming platform—are free to play. The company instead makes money by selling in-game purchases such as clothing and other items, something other popular games such as League of Legends also do. According to some estimates, the latter brings in more than $1 billion a year selling in-game items to users.

Could other forms of media find a way to apply this model, by adding paid accessories to a free primary content product? Slate and the New York Times, among others, are building models that give readers access to additional content and closer relationships with journalists. But it’s not clear how well they are working.

One thing that does seem to be working is live events. For the gaming industry, live events have become a huge revenue generator. Gaming competitions in which groups of people sit at computers to watch competition, collectively called “eSports,” bring in billions of dollars a year and attract more viewers than major sporting events like the NBA Finals.

Many media companies have already moved in this direction. By branching out into live events, media companies can charge for the opportunity to take a virtual relationship and extend it into the offline world. The New York Times Co. has its DealBook conference, among others. Atlantic Media, which publishes The Atlantic, National Journal, and Quartz, hosts several. (And, of course, so does Time Inc (TIME), Fortune’s parent company, from the Essence Festival to Fortune Brainstorm Tech.)

In Dixon’s post, the author suggests that a large part of the value is captured by platforms such as Valve’s Steam, which takes an Apple-style 30% revenue share from games it hosts (and makes $1.5 billion or so a year by doing so). That’s true for other media types, too. In music, streaming services like Spotify and Pandora take their cut; in broadcast television, telecom companies do the same.

For newspapers, magazines, and related websites—and increasingly the other types, too—Facebook (FB), Apple (AAPL), and Google (GOOG) have demonstrated a willingness to host others’ content for a fee. But the transition has been difficult. Many traditional media companies have resisted a future in which they do not fully control their digital distribution, and it’s not clear whether the revenue from platforms will match the revenue from traditional monetization methods.

Dixon also mentions crowdfunding, something many video game makers have adopted, in some cases with tremendous success. The makers of the game Star Citizen raised more than $90 million from one million supporters in one of the most successful crowdfunding efforts ever recorded. But apart from a few experiments here and there, other media companies haven’t really made much use of crowdfunding. Why not?

It’s easy to dismiss the comparison between gaming and other forms of media. Gaming is an entertainment business, you might say, while newspapers and television are news businesses. But that argument misses the central point I articulated earlier: Namely, that all forms of media are in the attention business.

In the gaming industry, that means developers and users—creators and customers—are focused on deepening and extending their relationship. As Dixon notes in his post, BuzzFeed founder Jonah Peretti refers to this as a shift from thinking like a wholesaler to thinking like a retailer. Most traditional media companies tend to think of themselves as wholesalers, in the sense that they create and distribute a package of content to readers or viewers that is funded by a separate relationship with a completely different group of customers: advertisers.

It’s pretty clear that most media companies don’t think of their business this way. (Otherwise they wouldn’t spend so much time adding irritating and ultimately futile advertising formats to their websites.) Not only do these methods fail to deepen or extend a relationship with their readers, viewers, listeners, or users, they actively push them away and encourage them to spend their attention elsewhere.

That’s the downside. But as Dixon notes, the upside is that “the addressable market for media companies is orders-of-magnitude larger than ever before.” All it takes to meet that challenge is a little out-of-the-box thinking.

For more from Fortune, watch this video: