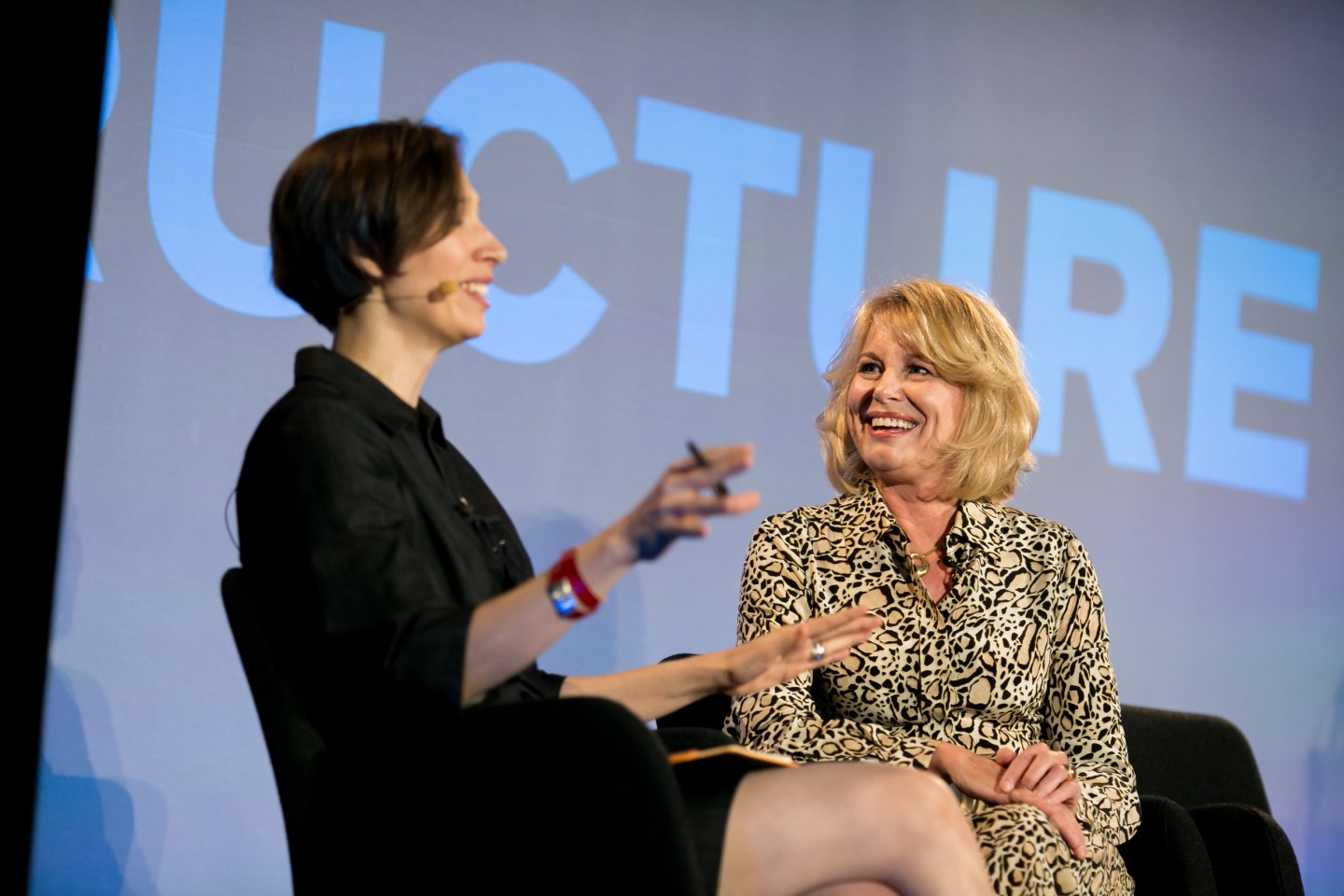 Intel’s first chip that will combine its Xeon processors with Altera’s programmable chips will come out in the first quarter of 2016.

Intel (INTC) announced plans to build the chips with a then-unnamed partner over a year ago and plans to ship the chips to its biggest customers in the first quarter, said Diane Bryant, senior vice president of Intel’s Data Center Group, speaking at the Structure Conference in San Francisco

In late August, Intel announced plans to buy Altera, which makes field programmable gate arrays, or FPGAs, which are chips that can be reprogrammed after manufacturing. Altera has been Intel’s partner in this endeavor. Such chips have been used in specialty applications, but were not typically used in the servers that run gigantic data centers. Intel’s estimates that FGPAs will run 30% of data center servers by the year 2020.

“Combining Xeon with FPGAs, gives Intel a more powerful and programmable ,chip that can plug into existing Xeon slots, said Bryant, one of Fortune’s Most Powerful Women .

Early recipients of the chips will be the “Super 7” companies that run the biggest data centers in the world and by virtue of their size they get access to Intel’s technology earlier than the rest of the universe. The Super 7 are: Amazon (AMZN),, Facebook (FB), Google(GOOG), Microsoft(MSFT), Alibaba(BABA), Baidu (BIDU) and Tencent [Fortune-stock symbol=”TCEHY”].

The new chips will help Intel customers such as Microsoft and PayPal run search and transaction algorithms that are highly customizable and that change rapidly.