Why Intel will spend $16.7 billion on Altera 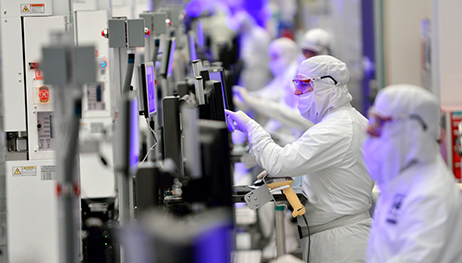 Three months ago Intel said it would buy chip maker Altera in a deal valued at $16.7 billion. It was a significant investment for the world’s largest chip company and much was made over the consolidation in the semiconductor industry. On Thursday however, we got a lot more color on why Intel plans to plunk down a considerable hunk of money for Altera.

It basically boils down to this one statistic offered up by Jason Waxman, the VP & GM of the cloud platforms group at Intel. Waxman said that by 2020 Intel believes a third of the data center market could be using the type of chips that Altera specializes in.

Altera makes a type of chip called a field programmable gate array, or FPGA, that’s really a fancy way of saying a type of chip that can be reprogrammed after its made. The industry has traditionally used FPGAs in specialty scenarios as opposed to putting them in common servers or workstations because they are larger, cost more, and generally don’t perform as efficiently as general purpose chips.

In presentations covering the data center, where clients like Microsoft are using FPGAs to run their search algorithms to presentations on accelerators where future machine-learning customers are eyeing FPGAs to run neural networks, Intel sees FPGAs everywhere. In the networking word, FPGAs are already present in cellular base stations, and Intel (INTC) is hoping to gain more market share inside those boxes with, yes, its FPGAs.

Intel’s optimism isn’t totally unfounded; it’s part of a shift to agility and customization that’s playing out at all levels of the hardware ecosystem. As “software eats the world,” it’s tougher to be a chip company designing and building a product that requires 18 months to go from idea to something physical. At least with an FPGA, you can offer a physical product that can be changed, even if that ability to tweak it comes at a cost.

There’s an opportunity here too for startups trying to alter the current FPGA model to make it a little bit more flexible. For example, the startup Flex Logic is trying to make an FPGA that is a little bit faster than the current generation of chips. On the software side, BitFusion hopes to help companies run their code on the most optimal hardware for their current job without having to rewrite that code for the chip underneath—be it an FPGA or not.

For more on Intel, check out the following Fortune video: