A New Study Says This Pill Keeps People From Getting HIV 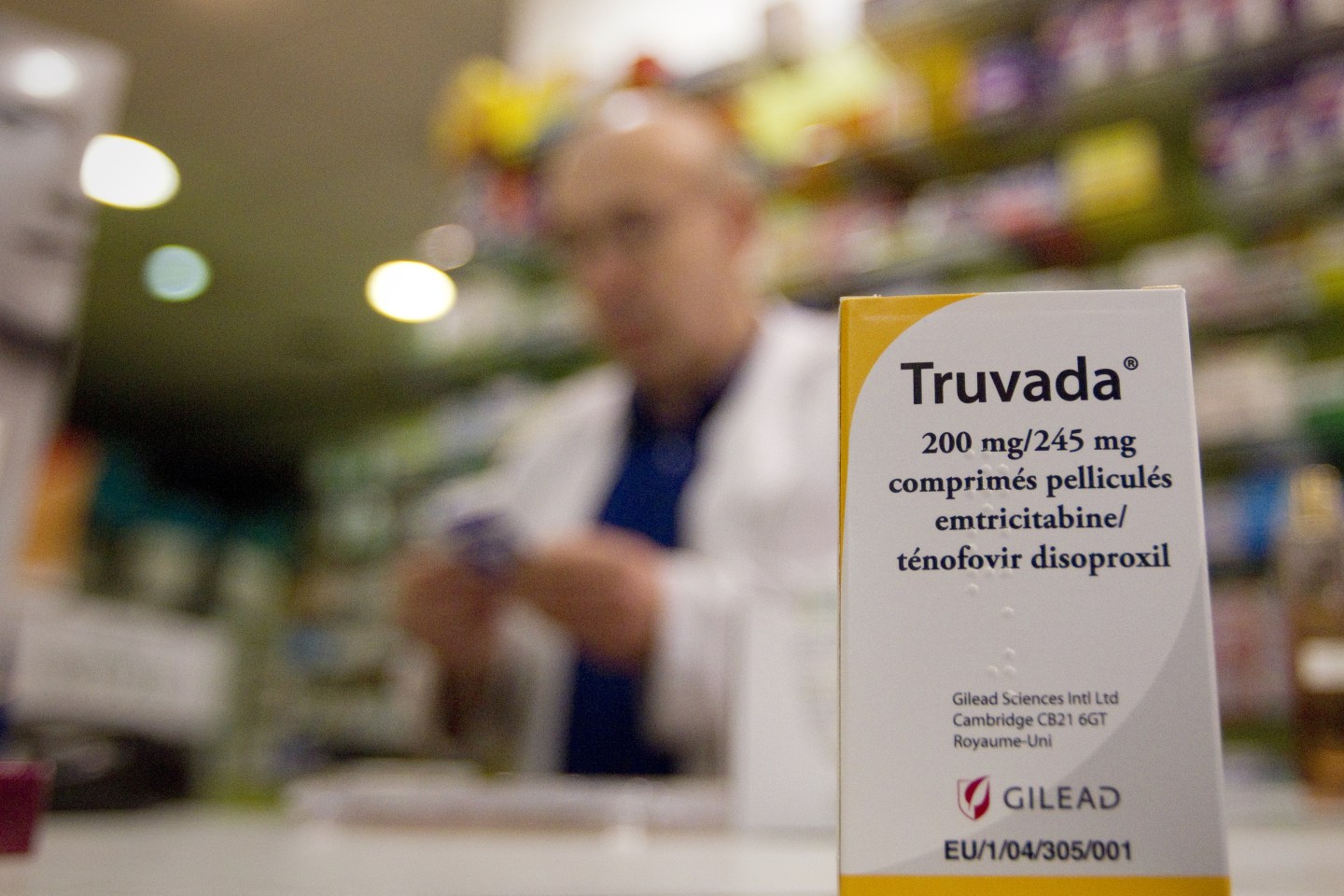 A picture taken on May 11, 2012 in a pharmacy in Paris shows a box of antiretroviral drug Truvada. The U.S. Food and Drug Administration (FDA) Antiviral Drugs Advisory Committee approved Gilead Sciences' Truvada as a preventative treatment for people who are at high risk of contracting HIV through sexual intercourse on May 10, 2012. Already approved to treat people infected with HIV, Truvada would be a milestone in the worldwide AIDS epidemic by offering a tablet capable of preventing infection in high-risk individuals. AFP PHOTO /JOEL SAGET (Photo credit should read JOEL SAGET/AFP/GettyImages)
Photograph by Joel Saget — AFP/Getty Images

A recent study found that people who regularly took the brand name drug Truvada for pre-exposure prophylaxis, or PrEP, therapy were nearly all protected from being exposed to HIV.

The news comes as Charlie Sheen announced Tuesday morning on the Today Show that he is HIV-positive.

Time reported the Journal of the American Medical Association study found two of 500 individuals deemed high-risk who took the drug regularly became infected over the duration of the yearlong study. The two people who did test positive for HIV after the year were found to have low levels of the drug in their bodies compared with their counterparts.

Truvada, the drug, is comprised of emtricitabine and tenofovir. Researchers found that those who had unprotected sex and caught other STDs were still protected from the virus while on the drug.

“These results are promising, and really highlight the potential role of PrEP as a prevention tool for men who have sex with men,” said Dr. Albert Liu, clinical research director of Bridge HIV in the San Francisco Department of Public Health and the study’s lead author, to Time.

But while it’s effective against preventing exposure to HIV, being on PrEP does not prevent the spread of other sexually transmitted diseases. However, the study found that the rate of catching an STD did not increase, showing that people were no more reckless while on Truvada.

There’s no vaccine against HIV today, but researchers said that the pill could help curb the virus from spreading further. There are currently 1.2 million people in the United States living with HIV and 36.9 million people with it globally.

Those in the study were given Truvada for free, although not all insurance companies cover it. The drug can cost as much as $8,000 to $14,000 per year, according to the Time.

Also in the news, an alcoholism drug, branded as Antabuse but also sold as a generic called disulfiram, has been found to potentially help kill HIV, according to a study released by University of Melbourne researchers in Australia.