Inside a Poker Night for Female Power Brokers 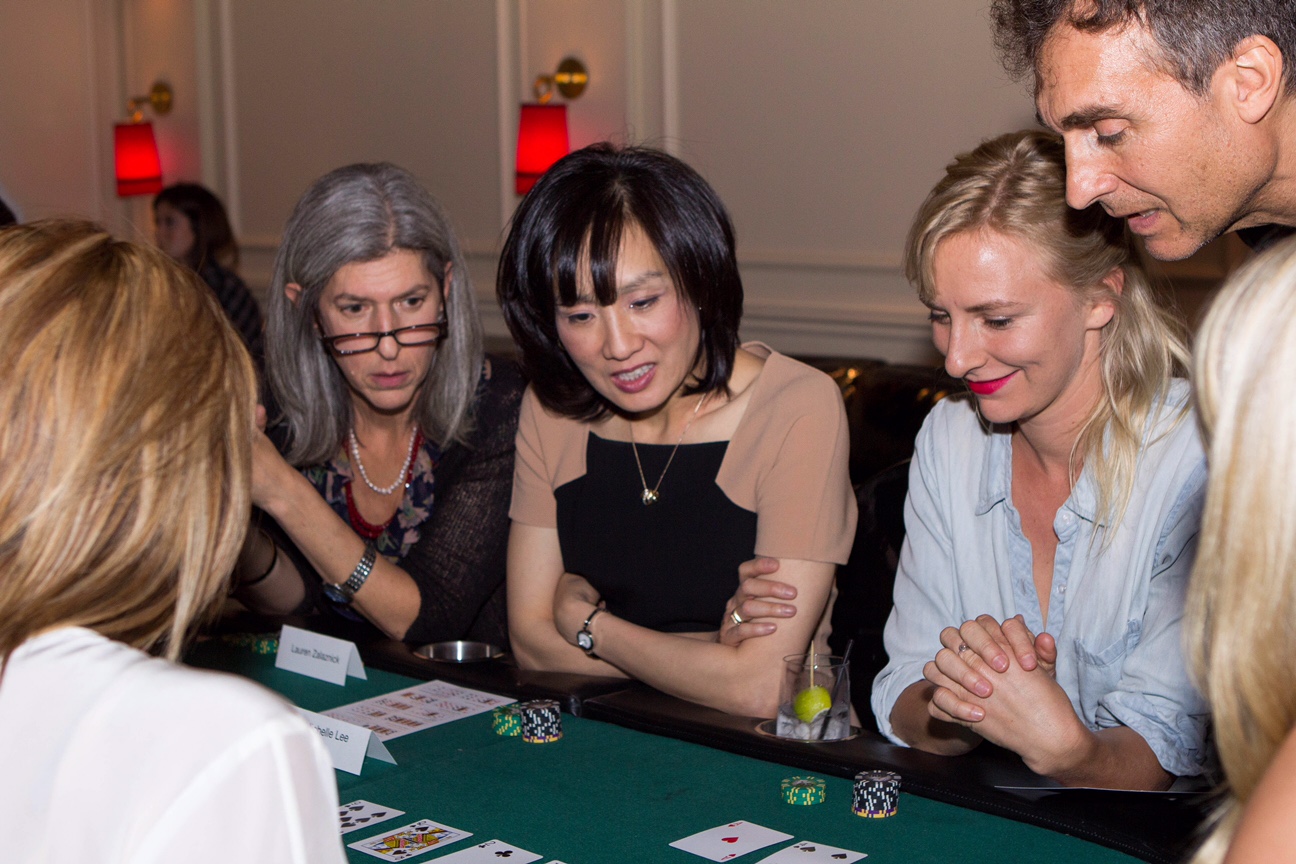 Clutching a gin and tonic in one hand and a stack of poker chips in the other, I settle into my assigned seat at a poker table inside a private event space on West Hollywood’s Sunset Boulevard. The four tables in the room are studded with nearly 50 women at the top of their respective fields. The players range in experience from card shark to neophyte, but everyone is abuzz in anticipation of an evening rife with new friendships and business connections.

“Poker is a metaphor for business,” says Heidi Messer, the tech entrepreneur who convened these luminaries from a variety of industries. “It’s about calculated risk-taking, reading the people at the table, understanding that you’re not going to win or lose it all in one hand.”

Messer, who founded and sold affiliate marketing company LinkShare, now serves as co-founder and chairman of global data network Collective[i]. “I build networks for a living,” she said. “When I started in the Internet in the mid-1990s, it was stunning to me that a lot of the inequality that existed before ended up replicating itself in an industry set on disrupting the status quo.”

Messer’s poker series, which started five years ago in her New York City apartment with nearly two dozen players, has become one of the most exclusive networking events for the boldface names of business, politics and entertainment. For this Nov. 11th event, her first outside of New York, Messer has chosen 50 women—from a list of more than 1,000—with many flying in from New York, Washington, D.C. and San Francisco. She plans to take the games international soon.

The only men in the room are the dealers. “It flips the model of most conferences on its head,” Messer says. “There’s something visually striking about it.” During the pre-game cocktail hour I chat with first-time dealers Rich Sommer, perhaps best known as Mad Men’s Harry Crane, and Scott Budnick, producer of The Hangover franchise.

“I really want to win,” I tell Sommer.

“Um, isn’t it for charity?” he asks. Indeed, it is, with proceeds going to the Taproot Foundation, which connects business leaders with opportunities to serve nonprofits, and the Los Angeles Downtown Women’s Center Veterans Program.

A bell rings to announce the start of the games and I find my assigned seat. I turn to the woman seated to my left. It’s Jessica Darcy, the New York-based founder of Funoogles, a maker of customizable eyewear for kids.

“I watched a YouTube tutorial at breakfast at my hotel,” she says, as we peek at our cards. She handily wins the first pot, claiming beginner’s luck.

To my right is Rosie Rios, Treasurer of the United States and a key figure in the plan to put notable women on U.S. currency, though my tablemates and I did not realize it until we had already been playing for hours. The emphasis on convivial banter meant that each woman’s biography revealed itself slowly throughout the evening, as fortunes were won and lost.

The smiling, bespectacled man across the table making sure everyone’s drinks are topped off is Dick Costolo, the former CEO of Twitter. He was flanked by our table’s other two dealers: Hamet Watt, a partner at venture capital firm Upfront Ventures, and investor Roberto De Mitri. The croupiers goaded us to go all in, gleefully ringing a cowbell whenever we did.

After bluffing two rounds unsuccessfully, I glanced at my cards: a two of spades and nine of hearts—hardly a winning hand.

“All right, fine!” I said, pushing my chips toward him.

Soon those chips were handed to Rios, but I didn’t mind losing; I was happy just to have her ear.

“I’d like to see Gloria Steinem on the dollar bill,” I suggested, as Heidi Zak, co-founder at lingerie company ThirdLove and Nonny de la Peña, considered the godmother of virtual reality, placed their bets.

“Well,” Rios said, scrutinizing her cards, “the thing is, you have to be dead first.”

Much of what happens at the gaming table stays there, but at Messer’s poker nights, it’s not unusual to see companies funded, deals sourced, co-op board approvals fast-tracked. “Networks are often the impetus for the most meaningful social change you see,” she says.

Indeed, less than 24 hours after the game, Messer totaled the early victories: at least one company funded, one board seat filled and one collaboration formed.

“Poker is a really good way of getting people to relax instantly,” says participant Meika Hollender, co-founder of fair-trade condom company Sustain. “They let their guard down and just have fun.”