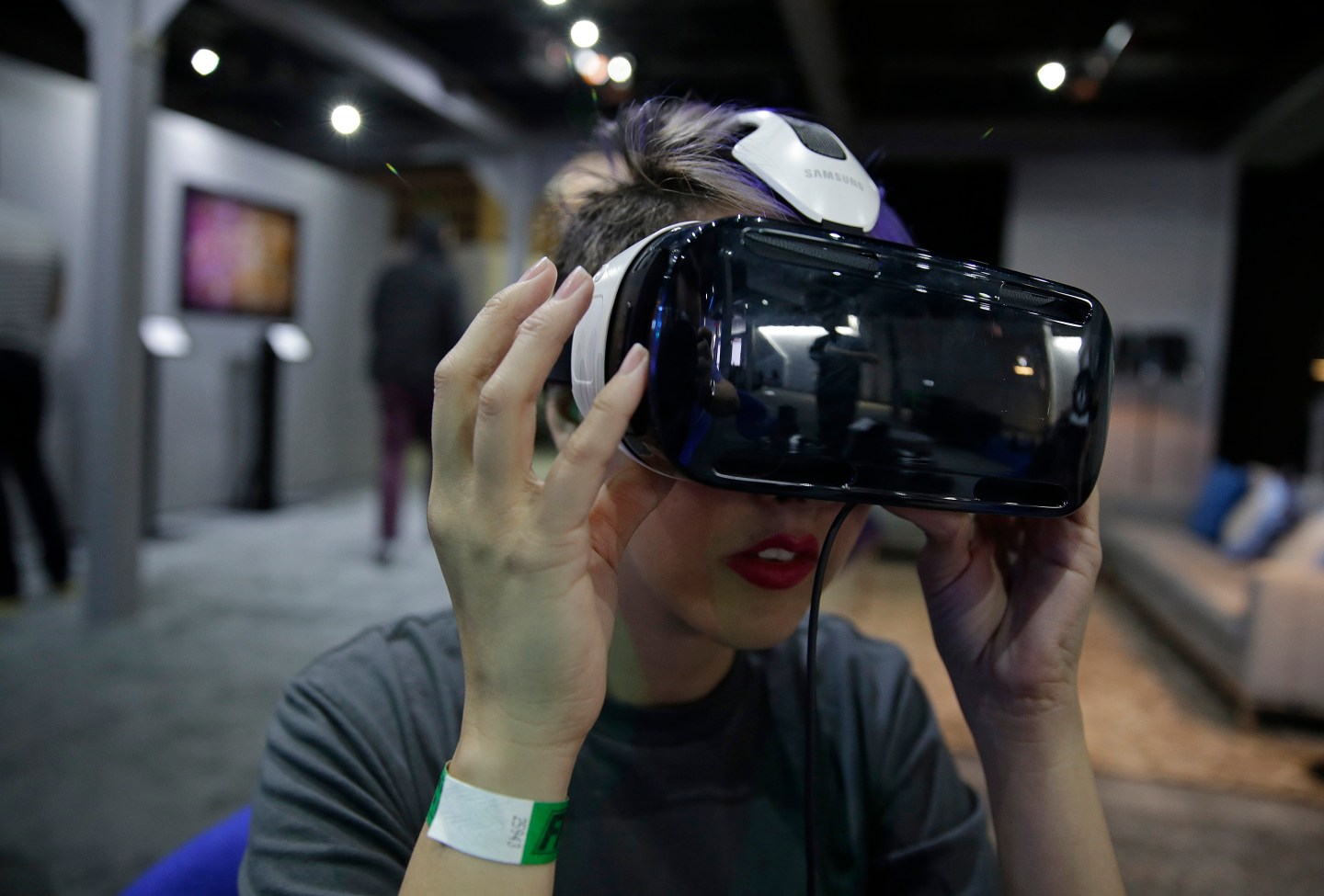 With Oculus Rift and other VR headsets expected to hit the market soon, virtual reality is coming soon to a living room near you.

Virtual reality has progressed in fits and starts for years—remember Second Life?—but now the technology seems poised to cross into the mainstream. Companies have refined many of the medium’s visual and audio effects and working on its tendency to create motion-sickness. That means immersive experiences that are far closer to what we see in the real world—and increased potential to use the technology in industries ranging from business to medicine to education. Already, companies are using VR for everything from designing cars to helping people recover from trauma.

As with many segments of the tech industry, the field of virtual reality remains dominated by men. But that’s beginning to change. Women In Virtual Reality, a networking group founded by Maria Korolov, the editor and publisher of Hypergrid Business, an online publication covering enterprise uses of virtual reality, now has about 130 members and is developing an experts network and a slate of events. Plus, women in the field say that because virtual reality is such a fledgling industry, there’s no established glass ceiling or old boys network to contend with. As the technology grows, they say they expect the VR opportunities to blossom—for all genders.

Here’s a look at three women who have already made their mark on the virtual world:

Beginning with a recording of a diabetic who collapsed while waiting on line at a food bank, Nonny de la Pena created Hunger in Los Angeles, an immersive journalism experience that debuted at Sundance in 2012. Despite having to don duct-taped goggles, people lined up to participate, and their strong responses to the piece convinced de la Pena of VR’s power to tell news stories.

“These experiences are so intense, I wanted from then on for my audience to have them,” she says. (Her intern then was Oculus VR founder Palmer Luckey.) Emblematic, the company she co-founded, has since created Project Syria and Use of Force, immersive versions of real events.

De la Pena took a basic programming course while studying at Harvard, and went on to become a documentary filmmaker with a knack for technology. The challenge of using VR to tell stories, she says, is that—rather than tell a linear story— a director must create a spatial narrative that focuses an audience’s attention on a single location or character. When starting a piece, de la Pena closes her eyes and imagines “everything I would see or feel in that place.” Her method combines game engine technology with audio, such as 911 calls, photos and architectural drawings, among other sources, to create the experiences. Emblematic is also working on a VR headset, but de la Pena’s ambition remains clear: to use virtual reality to transform journalism.

The power of people’s reactions to VR was also apparent to the folks at Framestore. The Oscar-winning visual effects company created Ascend the Wall, a VR activation for HBO’s Game of Thrones, which launched at SXSW.

“We saw VR would be huge and we needed to capitalize on it,” says Christine Cattano, who heads up Framestore’s Virtual Reality Studio, which launched last April. Her team works with an array of brands on projects using Oculus Rift, Google Cardboard, and Samsung Gear VR.

Cattano says clients often come in hoping to do something with dramatic action, such as jumping out of a plane. But what really impacts people, she says, is being part of a reality that feels, well, fully real. “The goal is to make people feel they are in as natural an environment as possible,” says Cattano. “You don’t make sharp cuts in real life.”

Quality content in VR is the holy grail, and requires mastering both the technology and the experience. “We want to push the innovation needed to move forward in this medium, because we are really still only scratching the surface," says Cattano. As executive producer, Cattano has a hand in everything from creative work to business development to managing the team. “I do everything but code,” she says.

Elizabeth Baron saw VR’s potential for the auto industry more than a decade ago, and told her bosses at Ford that they needed someone working on it—and that she was the ideal woman for the job.

Baron heads Ford's Immersive Virtual Environment (FiVE) lab, which uses VR technology to enable designers, engineers and others involved in product development to experience a vehicle before it's built. Through a variety of environments, including a dedicated virtual room where they can walk around a virtual car and a programmable vehicle model, users can experience the vehicles from customers’ perspectives.

“It’s a holistic view that brings together people looking at vehicles from different mindsets,” she says.“I wanted what you would expect in the real world, in real time, and with the highest level of visual quality, and then I just worked at it using all the ways I could find to create that.”

Baron, an avid photographer, started as a software developer. She says the combination gives her tech chops and visual eye for the visual required for VR. Being a dedicated learner and networker helps, too. “I was tenacious about contacting people and learning,” she says. “There is a community that loves to talk about VR, and I found a network to share best practices.”

Virtual reality has been integrated into Ford's vehicle development process for more than a year, says Baron. Up next: using "immersive cinematic engineering," which shows a higher level of detail. “One of things I am good at—maybe it's my feminine side—is to paying attention to detail,” she says.