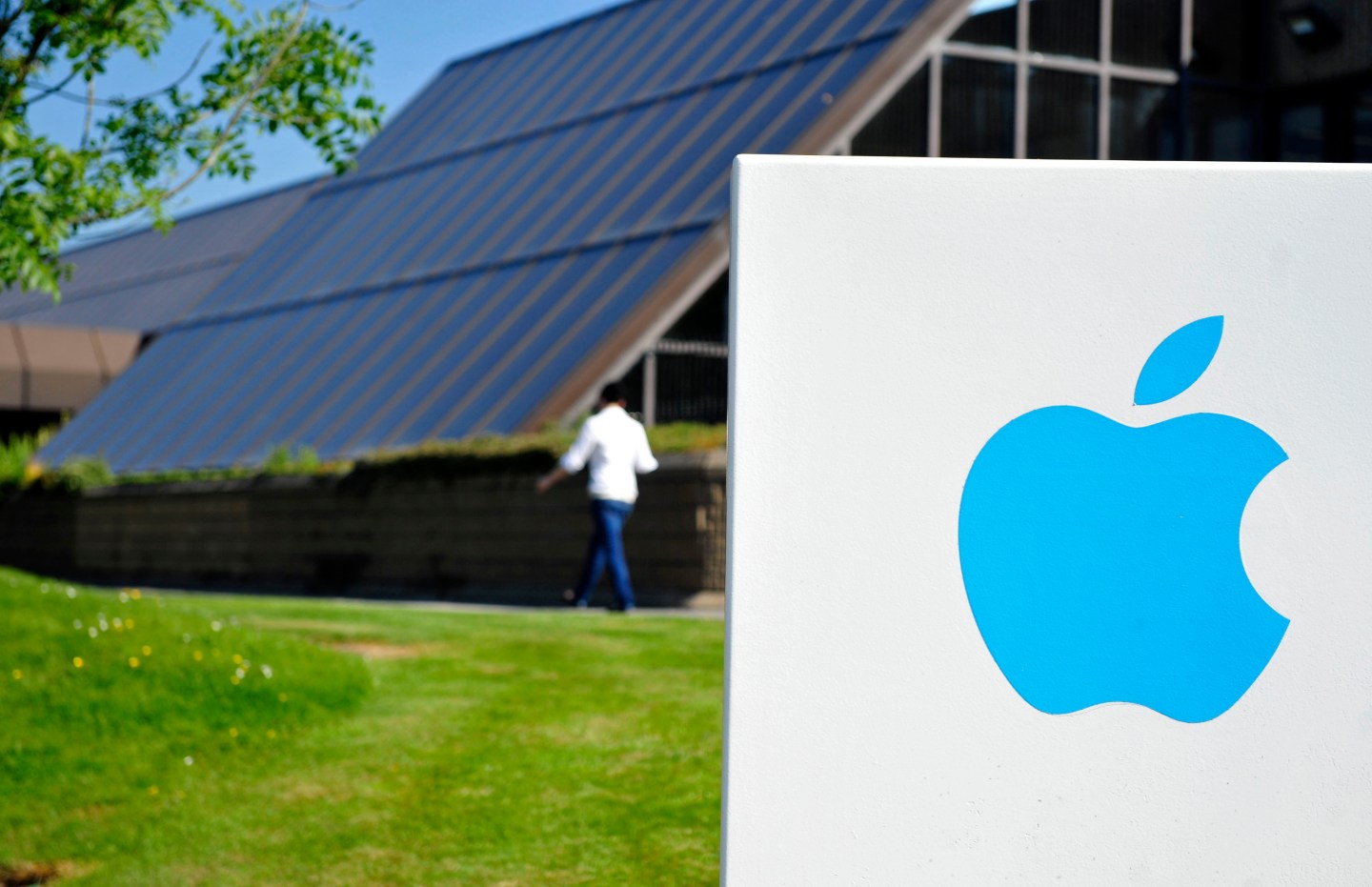 An apple logo sit on a sign at Apple Inc.'s campus in Cork, Ireland, on Tuesday, June 4, 2013. Speaking to lawmakers in Dublin last month, Irish Finance Minister Michael Noonan insisted the country is no tax haven, after a congressional hearing in Washington focused attention on Apple Inc.'s maneuvers to minimize its tax bill through its operations in Cork in the south of Ireland. Photographer: Aidan Crawley/Bloomberg via Getty Images
Photograph by Aidan Crawley — Bloomberg via Getty Images

Apple will expand its campus in Ireland to accommodate an extra 1,000 new staff by mid-2017, increasing its presence in a country that has become a tax haven for the tech giant.

A new building will be added to Apple’s Cork campus, according to IDA Ireland, the agency responsible for the nation’s industrial development. IDA estimates that Apple (AAPL) supports around 18,000 jobs in Ireland and has increased its Irish staff count by 25% this year. The announcement was made in conjunction with Apple CEO Tim Cook’s visit to Dublin Wednesday, where he met with Taoisearch (the Irish equivalent of Prime Minister) Enda Kenny:

Great to chat with Tim Cook on the day apple announce 1000 new jobs in Cork. pic.twitter.com/TIppegDneC

This news comes as Apple awaits a European Union ruling on whether its tax deal with Ireland amounts to unfair state aid. The investigation was launched in June, 2014, and the ruling is expected to come around Christmas, Reuters reports.

Apple paid an average tax rate of just 2.5% on around $109 billion of non-U.S. profits from 2009 to 2014, according to Reuters, significantly less than Ireland’s 12.5% tax rate. Apple’s headcount increase, along with a prior announcement that it’s building an €850 million (around $926.5 million) data center in Ireland, indicates the company is committed to a longer-term investment in the country regardless of the tax ruling.

Cook confirmed as much in an interview with Irish broadcaster RTE News, saying the ruling will not change the company’s presence in Ireland. He also said there was no “special deal” for Apple in Ireland, and if the EU investigation was conducted fairly, it should find no fault on Ireland’s part.

The EU has begun to crack down on multinational corporations that have shifted profits abroad for tax purposes. In October, the EU ruled the Dutch and Luxembourg governments had granted illegal “selective tax advantages” to Starbucks (SBUX) and Fiat, and ordered both governments to recover around €20 million to €30 million from each company.

At that time, Starbucks said it planned to appeal the decision, “since we followed the Dutch and OECD rules available to anyone.” Fiat denied receiving any state aid and said the backdated tax payments would be “immaterial” to its bottom line.