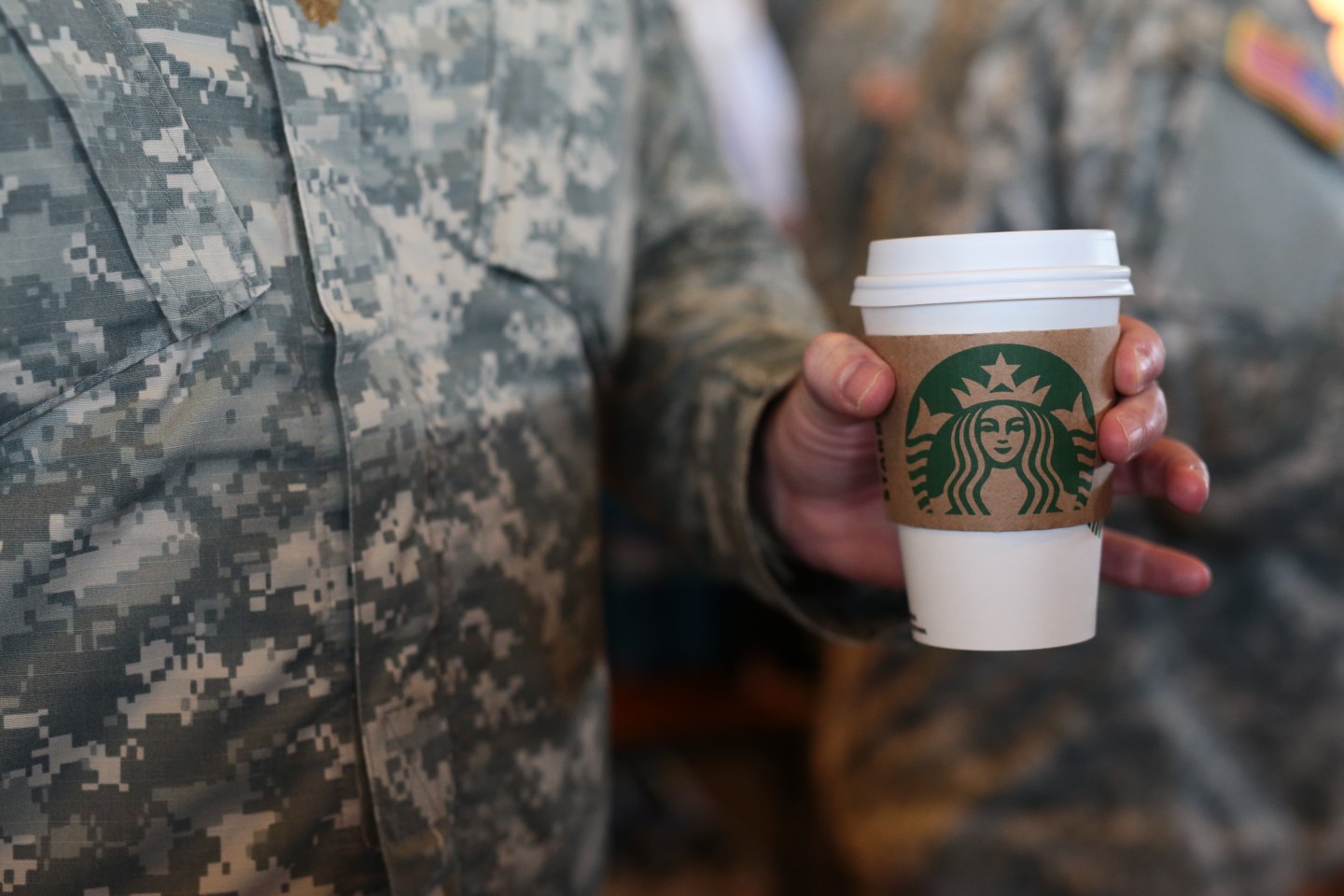 The coffee chain announced on Monday that its employees who are current or former members of the U.S. Armed Forces will now have access to an additional free college tuition benefit that they can extend to a spouse or child.

All Starbucks part-time and full-time employees can already get a free college degree through the company’s “College Achievement Plan,” which fully reimburses workers who earn a bachelor’s degree through Arizona State University’s online offerings. More than 4,000 employees have taken advantage of the plan since it was introduced in June, 2014, Starbucks (SBUX) says.

CEO Howard Schultz said in a statement that the U.S. has an obligation to honor veterans and their families, not just by saying thanking them but by “put[ting] our thanks into action and collectively help[ing] those who are making the transition from military to civilian life.”

Starbucks also said on Monday that it’s more than halfway to the goal it set in 2013 of hiring 10,000 military veterans and spouses by 2018. The company is also giving a free tall coffee on Veterans Day, Nov. 11, to active duty service members, reservists, veterans, and their spouses.

The expansion of Starbucks’ free tuition benefit comes just a few days after shares took a beating when the company revealed that its higher employee costs—while reducing worker turnover and improving customer service—were eating into profits.