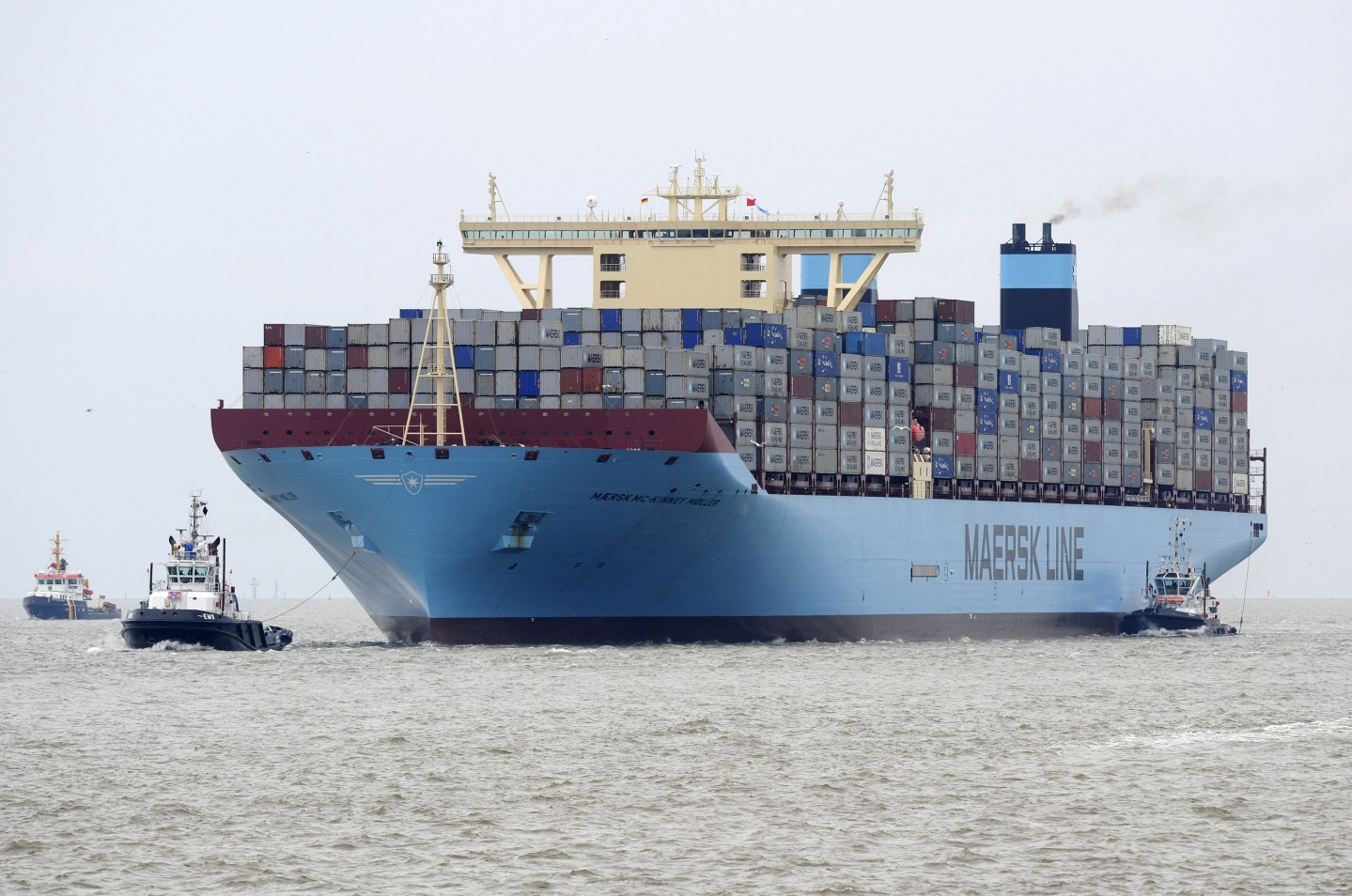 This morning, the shipping conglomerate Maersk Group (AMKBF) announced that its profits for the third quarter of 2015 had fallen by half since last year, from $1.5 billion in 2014 to $778 million today. The main headwinds were lower oil prices, which helped suck $190 million in quarterly profits from the bottom line of Maersk’s drilling operations, and falling shipping rates, which dunked cargo line profits by $421 million.

These results were roughly in line with guidance issued two weeks ago, and follow an announcement on Wednesday that Maersk will cut a fifth of its workforce and cancel options for huge new ships as it tries to rein in costs. One major culprit was decreasing trade between Asia and Europe, which pushed freight shipping rates to, in the report’s words, “new historic lows.”

But even before demand took the wind out of their sails, the freight industry was creating some problems for itself. Prior to the recent cratering of crude prices, shipping lines like Maersk were aggressively building and ordering more and more ultra-large container vessels–huge, efficient megaships that lowered the cost of each container transported.

The tactic seemed like a no-brainer. Fuel (along with staff and insurance) is a massive cost in ocean freight shipping. One diesel fill-up can actually cost more that the ship that it’s fueling, and efficiency provides big returns.

But as the megaships came online, capacity ballooned, triggering a rate war between shipping lines. That left the overall market more vulnerable when a demand dip in China and Europe brewed up a perfect storm. In just one three-week period in August, container rates on routes between Asia and Europe dropped by nearly 60 percent year over year. In some cases, market rates have dipped below fuel costs.

The most dramatic symbol of these problems is that an 18,000 container Triple-E freighter, one of the largest (and therefore theoretically most cost-efficient) container ships on the planet, was idled by Maersk in late October. This year, the idling of ships has surged to historic levels across the shipping industry.

Though the causes are more complex, the dynamic here is remarkably similar to what’s happening as OPEC floods the oil market. But while OPEC can turn off the tap anytime it wants (say, after North Dakota goes dark), freight shippers don’t have that kind of supply control. More and more megaships are scheduled to come online over the next two years, and unless global trade stages a massive turnaround, shippers will continue to race to the bottom.

For more on how the supply of oil is affecting business, watch this video: