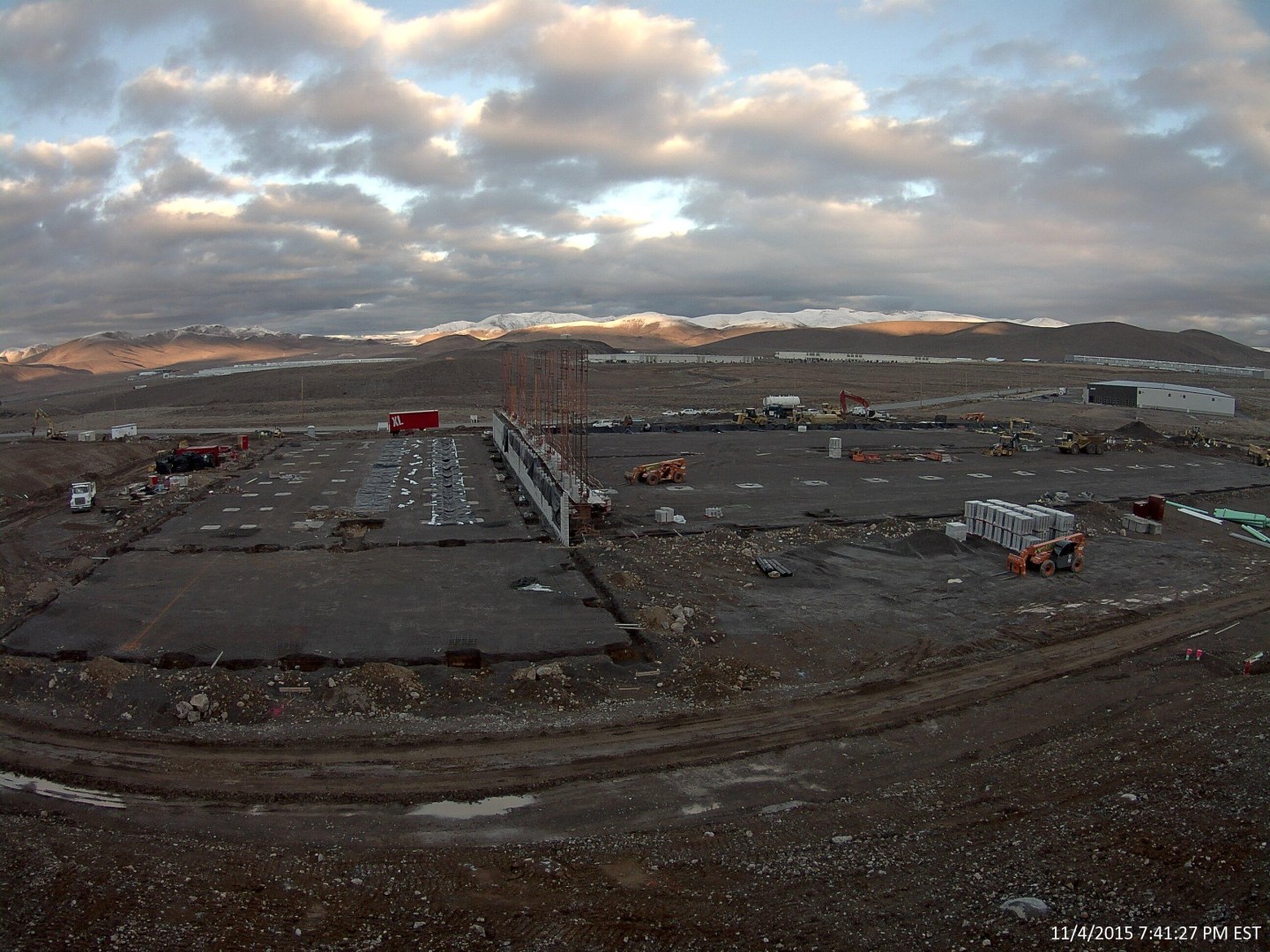 Tesla’s huge battery factory under construction just outside of Reno, Nevada, has a new neighbor that will be recycling batteries instead of making them.

A startup called Aqua Metals, based in Alameda, Calif., bought a 12.5-acre plot of land at the Tahoe Reno Industrial Center (where the Gigafactory is under construction) earlier this year, and this week closed on a $10 million loan to help build its first recycling factory on the site.

The loan was issued by Green Bank, a bank based in Houston, Texas, and backed up by a 90% loan guarantee from the U.S. Department of Agriculture’s Rural Development Agency. In an unusual move the company, which was founded in the summer of 2014 and isn’t yet making money, held an IPO this summer and raised $36 million to spend on building the recycling plant.

In contrast, Aqua Metals has developed a chemical process to dissolve the core of the battery in a solvent and pull out the lead. The company says the process uses low temperatures, can be automated, and can be profitable at a small scale. Smelters commonly need to be very large facilities to economically operate.

In late August, the company officially broke ground on its Nevada facility, which the company calls its AquaRefinery. Early next year it plans to build a 125,000 square-foot building on the site, which will start recycling batteries and churning out reused lead to customers.

By the end of 2016, Aqua Metals wants to start producing 80 tons of lead a day. The Nevada site will recycle batteries from battery supplier Battery Systems Inc.

MORE: This will be a breakout year for batteries

Aqua Metals CEO Stephen Clarke previously co-founded Applied Intellectual Capital and has spent years working on lead acid battery technology. He told Fortune in an interview that he thinks Aqua Metal’s recycling tech could be as disruptive to the lead industry as Henry Bessemer’s tech, which enabled the mass production of low-cost steel, was to the steel industry. The technology could one day replace the standard practice of recycling lead acid batteries with smelting, says Clarke.

Lead acid batteries are only recycled using smelting because it’s “the only tool in the tool chest at this point,” said Clarke. When Aqua Metals gets its first plant up and running, it’ll be the proving ground to see if there will now be a better alternative. “I couldn’t die a happy guy and not at least try,” building this idea, said Clarke.

With the Gigafactory, and Aqua Metal’s new battery recycling plan, the Reno, Nevada area is becoming a hub for the future of battery tech. The many data centers in the area, like Apple’s (AAPL) and Microsoft’s (MSFT), that use lead acid batteries for backup power, could also be future partners, said Clarke.

To learn more about batteries watch this Fortune video: