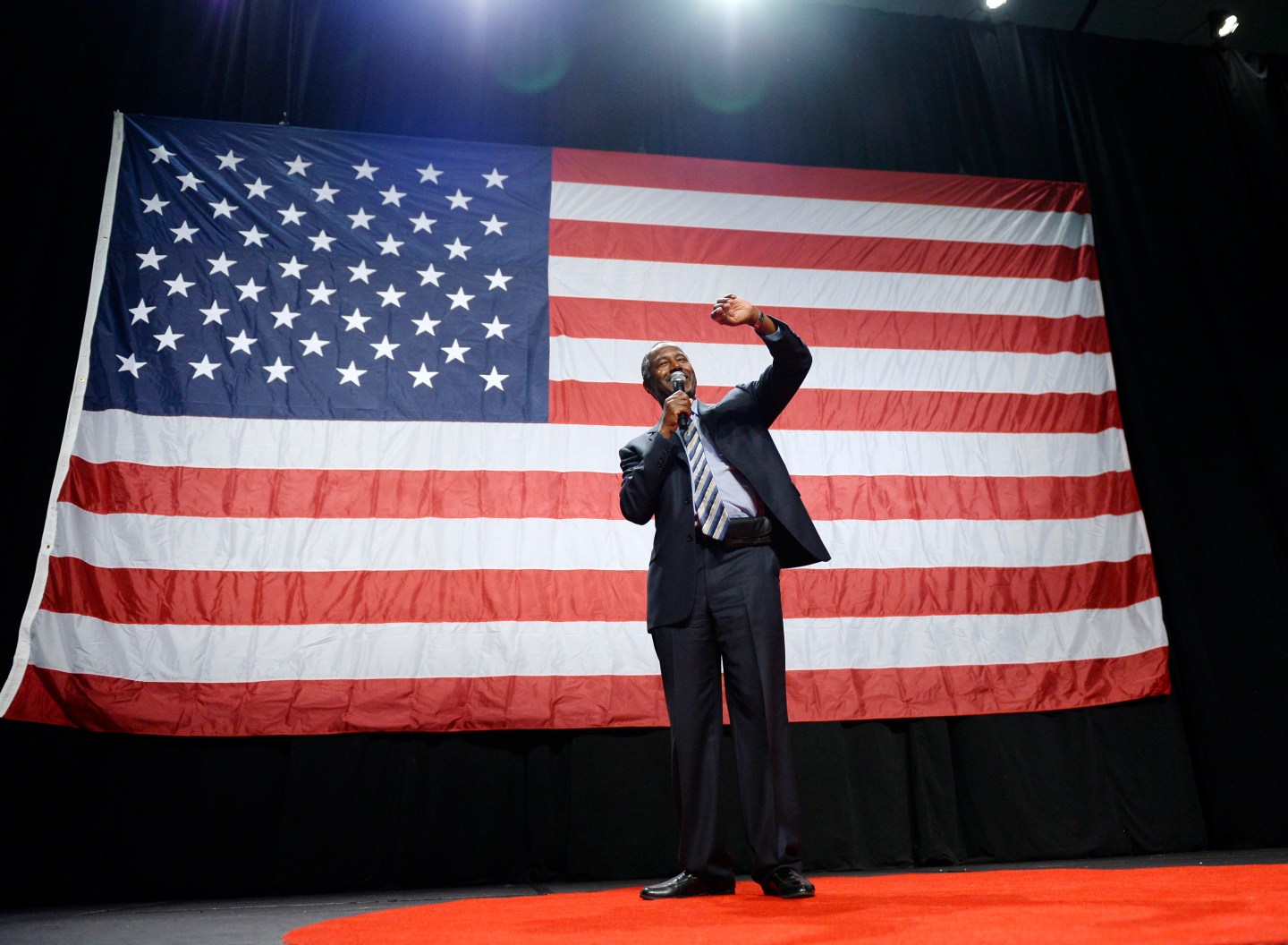 ANAHEIM, CA - SEPTEMBER 09: Republican presidential candidate Ben Carson speaks during a campaign rally at the Anaheim Convention Center September 9, 2015 in Anaheim, California. Carson's poll numbers have surged nationally and in the early voting state of Iowa following his performance in the first Republican debate on August 6 to the point where he now trails only frontrunner Donald Trump. (Photo by Kevork Djansezian/Getty Images)
Photograph by Kevork Djansezian—Getty Images

Starting Friday, the presidential candidate will air a 60-second ad that, with the help of rapper Aspiring Mogul, encourages people.

Aspiring Mogul urges listeners to “vote and support Ben Carson for our next president and be awesome” during the ad, and the rap song is spliced with clips of Carson speaking, uttering such catchy phrases as: “America became a great nation early on not because it was flooded by politicians, but because it was flooded by people who understood the value of personal responsibility, hard work, creativity, innovation and that’s what will get us on the right track now.”

“Freedom is not free and we must fight for it every day,” Carson continues.

The Carson campaign spokesperson, Doug Watts, told ABC that the $150,000 ad-buy is designed to reach young, African-American voters “on a level they appreciate and follow.”

The ads come at a time when Carson is pulling ahead in Republican presidential polls. Last week, a New York Times/CBS News poll showed Carson pulling ahead of previous frontrunner Donald Trump by four points. That small lead was further cemented by an NBC/Wall Street Journal poll released this week showing the former neurosurgeon pulling ahead by six points.

But it’s not clear that Carson has much support among African-American voters. The candidate has been dismissive of the Black Lives Matter movement and joked about police brutality. In an April interview with GQ about the protests in Baltimore sparked by the death of a black man in police custody, Carson told a reporter: “If you have an unpleasant experience with a plumber, do you go out and declare a war on all plumbers? Or teachers or doctors? Of course not. And it makes no sense to do that with police either.”