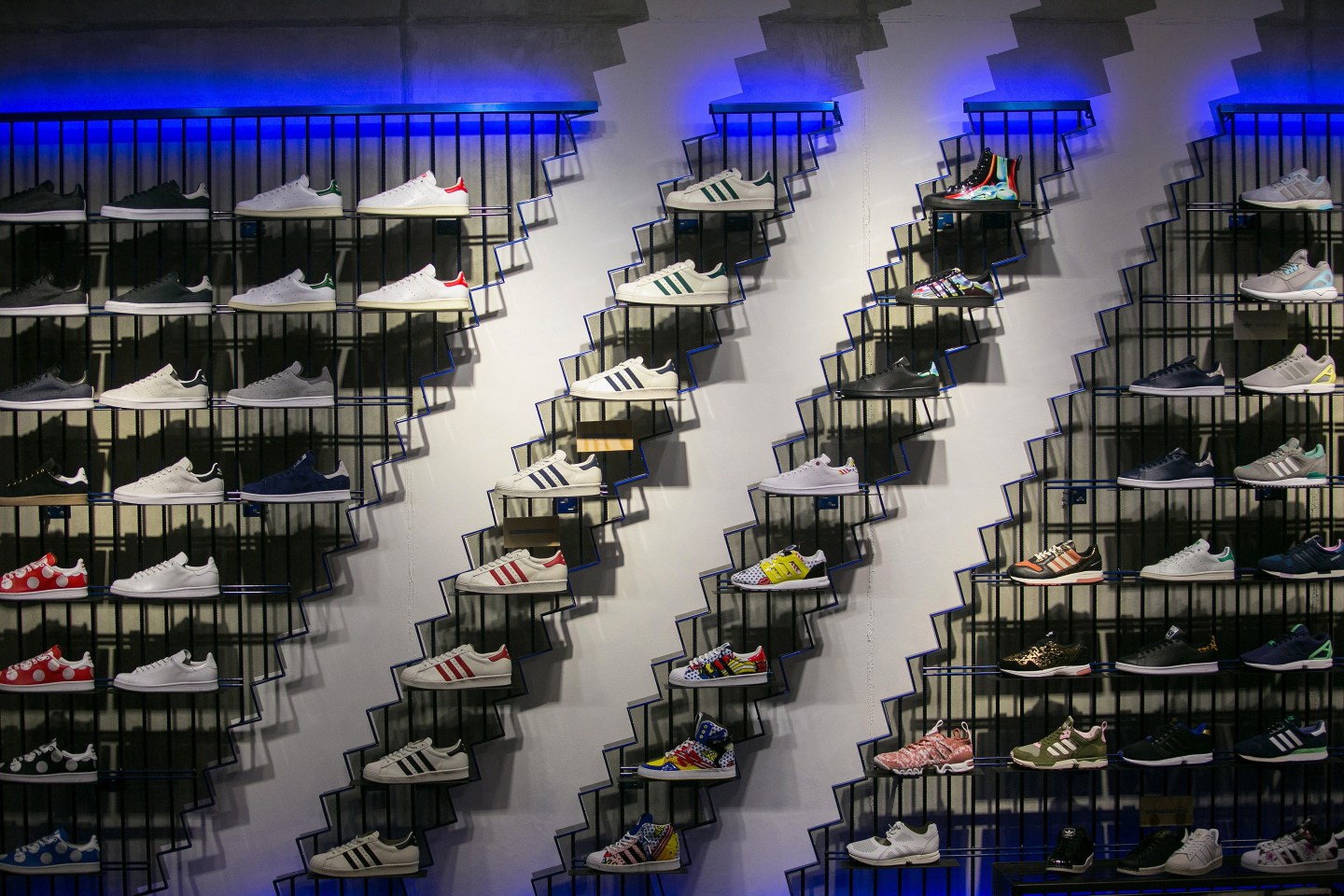 Trainers and footwear sit on display inside an Adidas AG Originals store in Berlin, Germany, on Wednesday, March 4, 2015. Adidas predicted profit growth for this year that matched analysts' predictions for the struggling German sportswear maker as it pours money into catching up to larger rival Nike Inc. in America. Photographer: Krisztian Bocsi/Bloomberg via Getty Images
Photograph by Krisztian Bocsi — Bloomberg via Getty Images

Adidas is promising to help U.S. high schools that want to change Native American mascots so their school districts don’t get stuck with the full tab.

“High school social identities are central to the lives of young athletes, so it’s important to create a climate that feels open to everyone who wants to compete,” said Mark King, president of Adidas Group North America, in a prepared statement.

Of the more than 27,000 high schools across the U.S., Adidas says about 2,000 use names that are problematic for many Native American communities. The German athletic gear maker, which earlier on Thursday reported strong third-quarter results, said it would provide financial assistance and design resources to any high school in America that wanted to change its logo or mascot.

Tribal imagery and symbols on athletic apparel and in competitive chants can be offensive on many fronts. Using those images reinforces stereotypes and can be psychologically and socially damaging to Native Americans, which is the position taken by Native American advocates, as well as the American Sociological Association—which in 2007 advised all sports teams to discontinue using Native American nicknames and logos.

Adidas’s initiative comes as company executives attend the White House Tribal Nations Conference in Washington, D.C. on Thursday. There, President Obama and members of his Cabinet will meet with tribal leaders to discuss ways to improve relations between the U.S. government and Tribal Nations.

The help Adidas is offering could already be of some use in California, a state that recently passed legislation prohibiting schools from using “Redskins” nicknames and mascots. The California Racial Mascots Act was signed last month by Gov. Jerry Brown, the first move by a state to specifically prohibit schools from using names that are deemed controversial.

On the professional level, the NFL’s Washington Redskins have been the most high-profile target of this call to change mascots and logos to more socially acceptable names and symbols. Other professional teams under fire include the Kansas City Chiefs, Atlanta Braves, and Cleveland Indians. As Fortune has written, the Redskins filed a brief last week as part of the team’s trademark cancellation saga, pointing out there are many other scandalous and disparaging trademarks out there.