Why You Shouldn’t Let Your Dog Eat This Popular Food 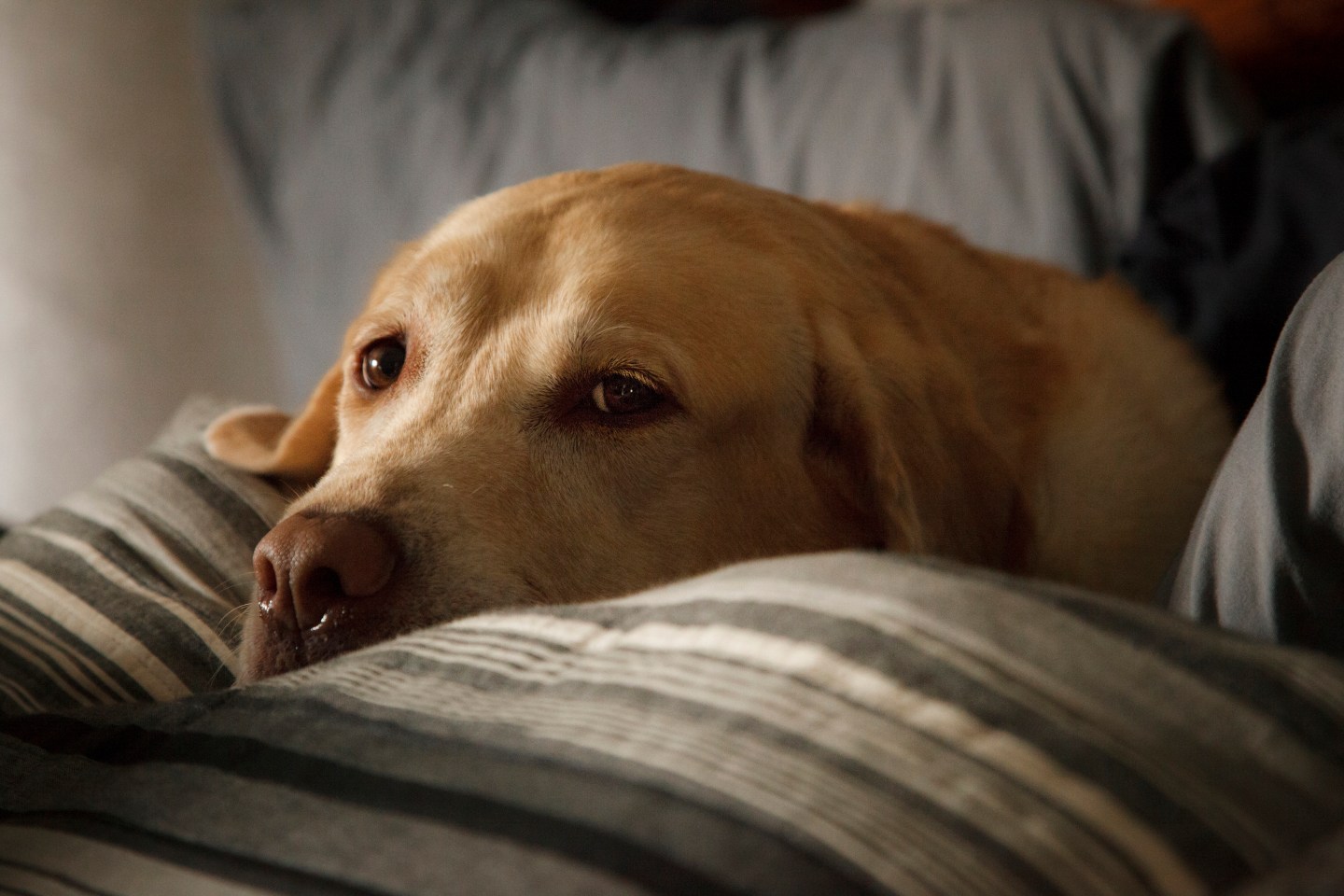 Do you buy a lot of gum? If it’s sugarfree, make sure you keep it away from your dog.

The Wall Street Journal reports that sugarfree gum contains xylitol, an ingredient that can cause man’s best friend to get very sick.

In fact, xylitol is over 100 times more toxic to dogs than milk chocolate, according to the newspaper.

There appears to be a surge in the number of cases of dogs becoming sick from xylitol ingestion, the paper said: “We’ve seen a dramatic increase,” Dr. Ahna Brutlag, a veterinary toxicologist, told the Journal in an interview. In 2015, there have already been 2,800 calls to the Pet Poison Helpline due to the sweetener being ingested by canines, up from 300 calls in 2009.

As the newspaper reports:

Manufacturers say xylitol-containing products are properly labeled and are meant for human consumption.

Besides gum, xylitol is used by manufacturers in products including mints, gummy vitamins, toothpaste, specialty peanut butter and melatonin sleep aids—in part because it has about two-thirds the calories of sugar and is safer than sugar for diabetics. Some gum makers cite studies showing dental-health benefits.

“We certainly understand the deep passion that pet owners have for their animals, but there are many foods and ingredients, including xylitol-containing foods, intended for human consumption that should not be consumed by animals or pets,” a Hershey spokesman told the Journal.