Why Congress’ Budget Deal Could Give the Economy a Boost 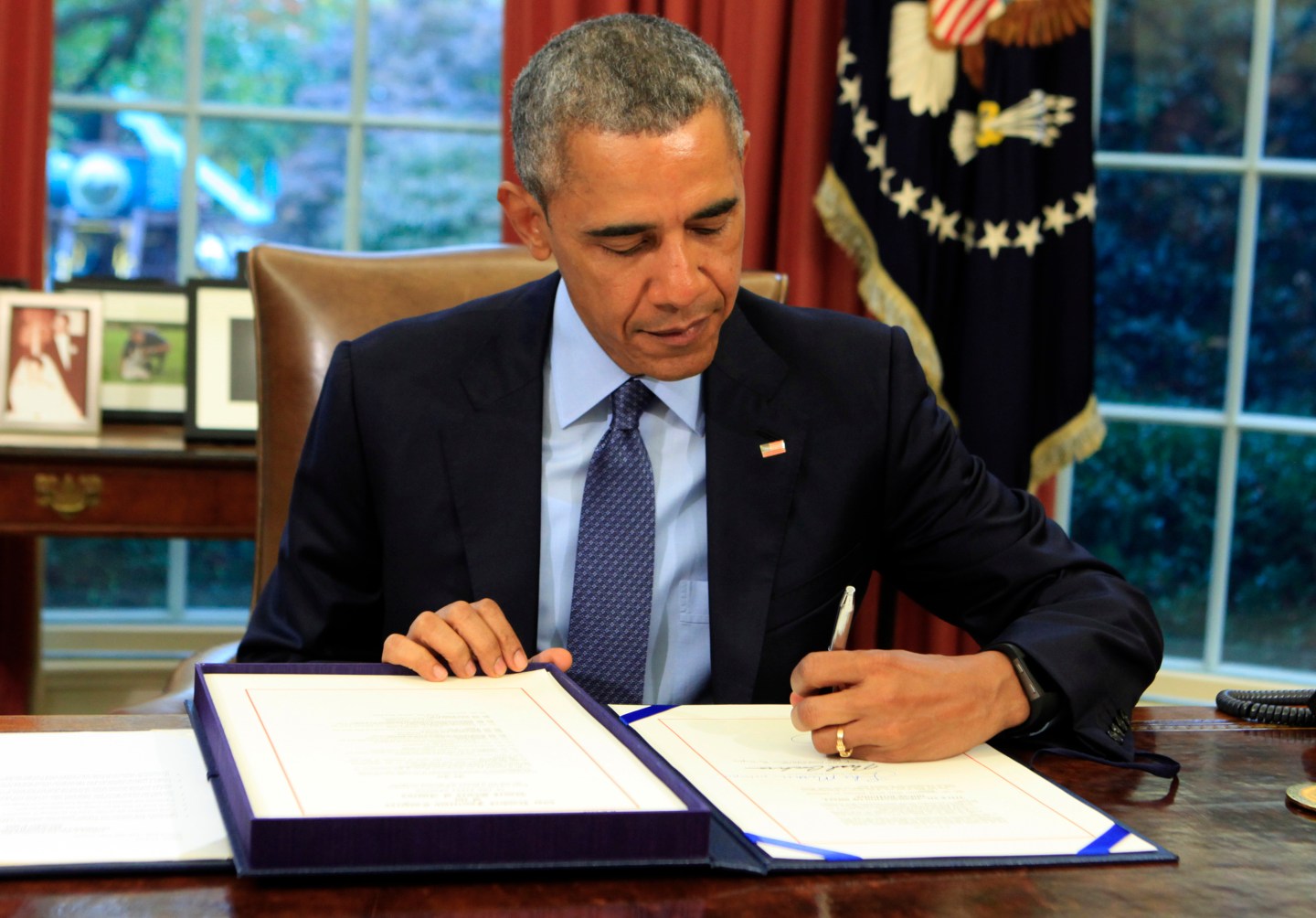 WASHINGTON, DC - NOVEMBER 02: (AFP OUT) U.S. President Barack Obama signs the bipartisan budget bill 2015 into law in the Oval Office of the White House November 2, 2015 in Washington, DC. Obama is traveling to New Jersey where he will talk about criminal justice reform and re-entry for formerly jailed people and he will later travel to New York for Democratic fund raisers. (Photo by Dennis Brack-Pool/Getty Images)
Photograph by Getty Images

It will also achieve another perk, according to Goldman Sachs (GS): Giving the American economy a short-term shot in the arm.

The increased government spending will push U.S. economy in a positive direction for the first time since 2010, according to Bloomberg. According to Goldman Sachs Economist Alec Phillips:

“We expect that the deal will shift the overall stance of fiscal policy from neutral in 2015 to a slight boost of 0.3 percent of GDP in 2016. At the federal level, we expect the impulse to go from slightly negative to slightly positive. Along with the ongoing small positive contribution from the state and local sector, this should result in a modestly expansionary overall fiscal impulse in 2016.”