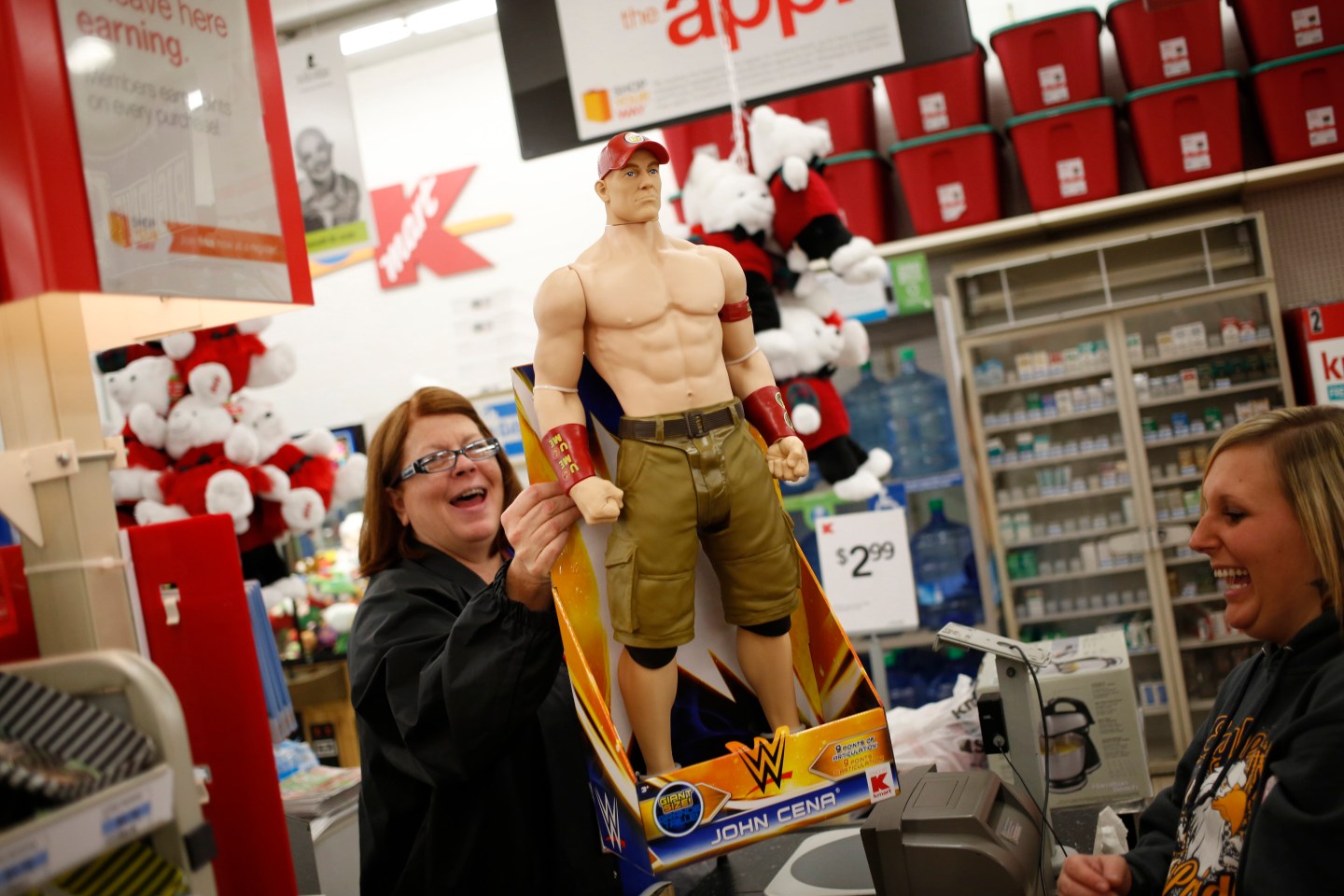 A cashier, right, holds up a customer's World Wrestling Entertainment Inc. toy figurine at the checkout inside a Kmart discount store, operated Sears Holdings Corp., ahead of Black Friday in Frankfort, Kentucky, U.S., on Thursday, Nov. 27, 2014. An estimated 140 million U.S. shoppers are expected to hit stores and the Web this weekend in search of discounts, kicking off what retailers predict will be the best holiday season in three years. Photographer: Luke Sharrett/Bloomberg via Getty Images
Photograph by Luke Sharrett — Bloomberg via Getty Images

Those who hold Thanksgiving as a sacred occasion that has been trampled by Black Friday creep have reason to celebrate this year.

Top retailers like Macy’s (M) and Sears (SHLD) are again opening their doors on Thanksgiving at 6 p.m. this year, just as they did last year. But after years of earlier and earlier openings, (only five years ago, stores were starting Black Friday deals at the crack of dawn on Friday), retailers appear to have put an end to “Black Friday” creep. (Though we should reserve judgement until we learn the plans of big chains like J.C. Penney (JCP) and Target (TGT).)

Before we start thinking retailers are doing this for noble reasons, it’s worth pointing out that opening on Thanksgiving has not really given stores the sales boost they were hoping for. In fact, all it seems to have done is spread sales out throughout the long weekend. Last year, sales on Thanksgiving/Black Friday fell 11%, primarily because retailers started their sales in early November, diluting the weekend’s impact (for the season as a whole, stores did fine). The number of shoppers over the holiday weekend fell by 5%. Longer store hours translates to a dent in profits without the benefit of a sales uptick.

So, retailers appear to be taking heed of a survey published on Monday by the International Council of Shopping Centers that shows shoppers just aren’t interested in hitting stores right after they finish their turkey dinner. Just one-third the number of shoppers planning to shop on Black Friday are thinking of making their way to stores on Thanksgiving.

And what’s more, Thanksgiving is not expected to rank among the top 10 shopping days of the whole season, according to data firm ShopperTrak. It seems retailers have at last realized the limits of “Black Friday creep.”