Paul Ryan Has His Work Cut Out For Him: 3 Times Tax Reform Has Failed 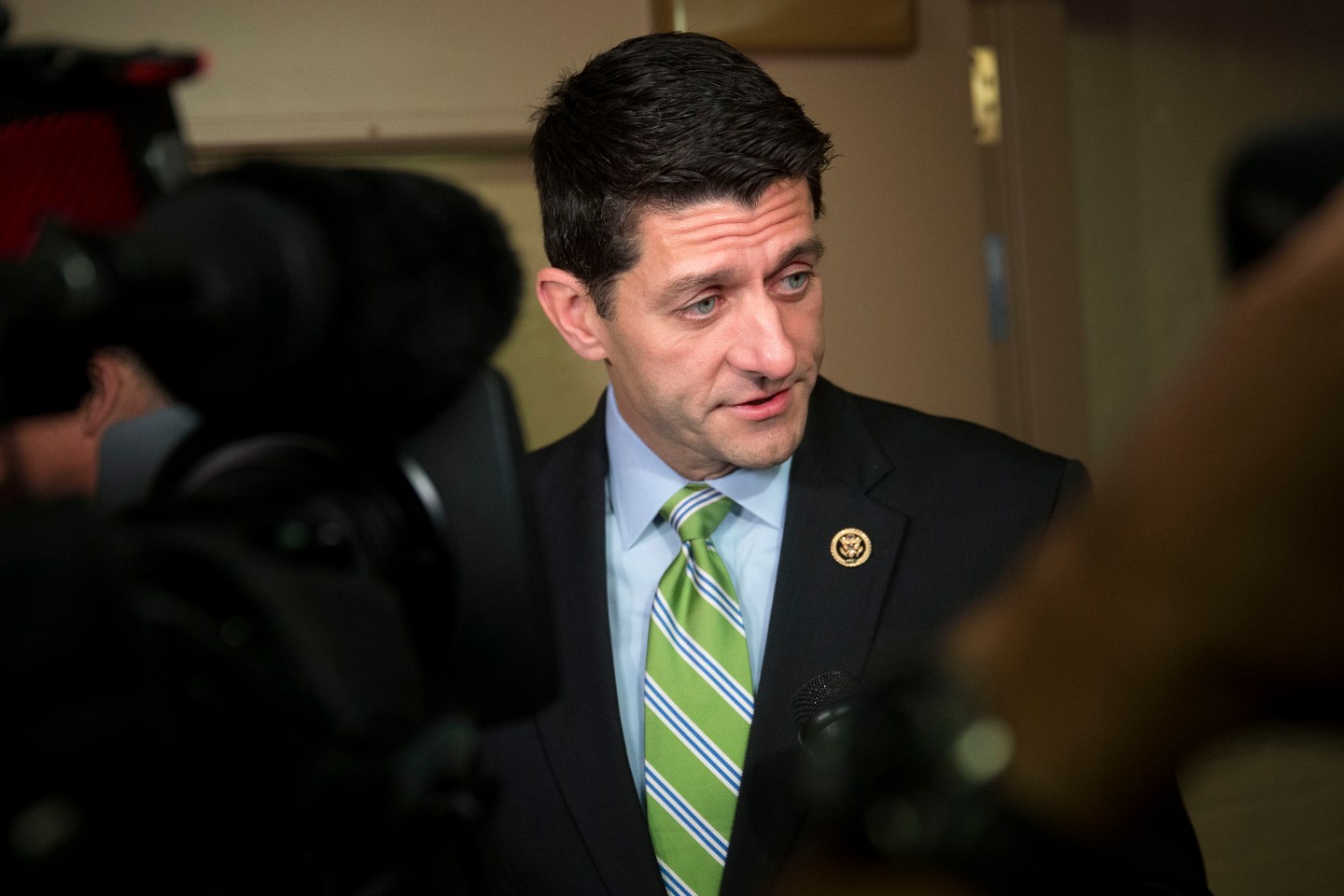 Representative Paul Ryan, a Republican from Wisconsin and chairman of the House Ways and Means Committee, speaks to members of the media as he arrives to a Republican meeting in the basement of the U.S. Capitol in Washington, D.C., U.S., on Tuesday, Oct. 27, 2015. President Barack Obama and top lawmakers from both parties reached a tentative budget agreement that would avert a U.S. debt default and lower chances of a government shutdown, lessening years of political friction over fiscal policy in Washington. Photographer: Andrew Harrer/Bloomberg via Getty Images
Photograph by Andrew Harrer — Bloomberg via Getty Images

With the ascension of Paul Ryan to Speaker of the House, there’s a fresh optimism among many in Washington that real progress could be made on several policy issues. And tax reform is at the top of that list. While Ryan’s leadership may help alleviate some of the gridlock in Washington, he faces a tough road on taxes. Tax reform has been attempted several times in recent years, to no avail.

Even if a coalition of Republicans and Democrats can develop a plan that meaningfully addresses all three of those points, it will be a rough road to get a measure passed. First, Ryan would have to develop consensus in his own caucus, managing to unite more moderate Republicans with the more conservative members of the party. Then he’d have to drum up support from Democrats, and that’s before he even gets to address the interests of the White House.

Congress has been here before. Here are three other times Washington has tried to pass a major tax reform bill since the last major revision in 1986.

The flat tax is en vogue this year among Republican presidential candidates, but the idea of having one broad tax bracket was popular back in the 1990s as well. It was pushed by Rep. Dick Armey, the Republican Majority Leader in the Newt Gingrich-led House.

”We need tax reform because today’s tax code is artificially and unnecessarily suppressing living standards,” Armey said at the time, according to the Christian Science Monitor. It didn’t go anywhere, most likely as a result of the partisan wars between the Republican House and President Bill Clinton.

The FairTax is considered to be an even more conservative idea than the flat tax, mostly because it would do away with a federal income tax altogether, replacing it with a national consumption tax on goods and services; essentially, a national sales tax. The FairTax has been introduced as a bill in the House many times over the years, including in 2014. House Speaker Dennis Hastert co-sponsored a FairTax measure at one point. Still, all attempts to reform the tax system by instituting a national sales tax have failed.

3. Most of Barack Obama’s term

For most of President Obama’s time in the Oval Office, Democrats and Republicans have been trying to get their way on tax reform. They have made no progress. There have been glimmers of hope — such as in 2014 when two different plans advocated for closing corporate tax loopholes. Still, brinksmanship and other fights, such as the struggle over the debt ceiling, have kept the two parties from reaching consensus. Will the Ryan years be any different from the Boehner years? If recent history is a guide, probably not.