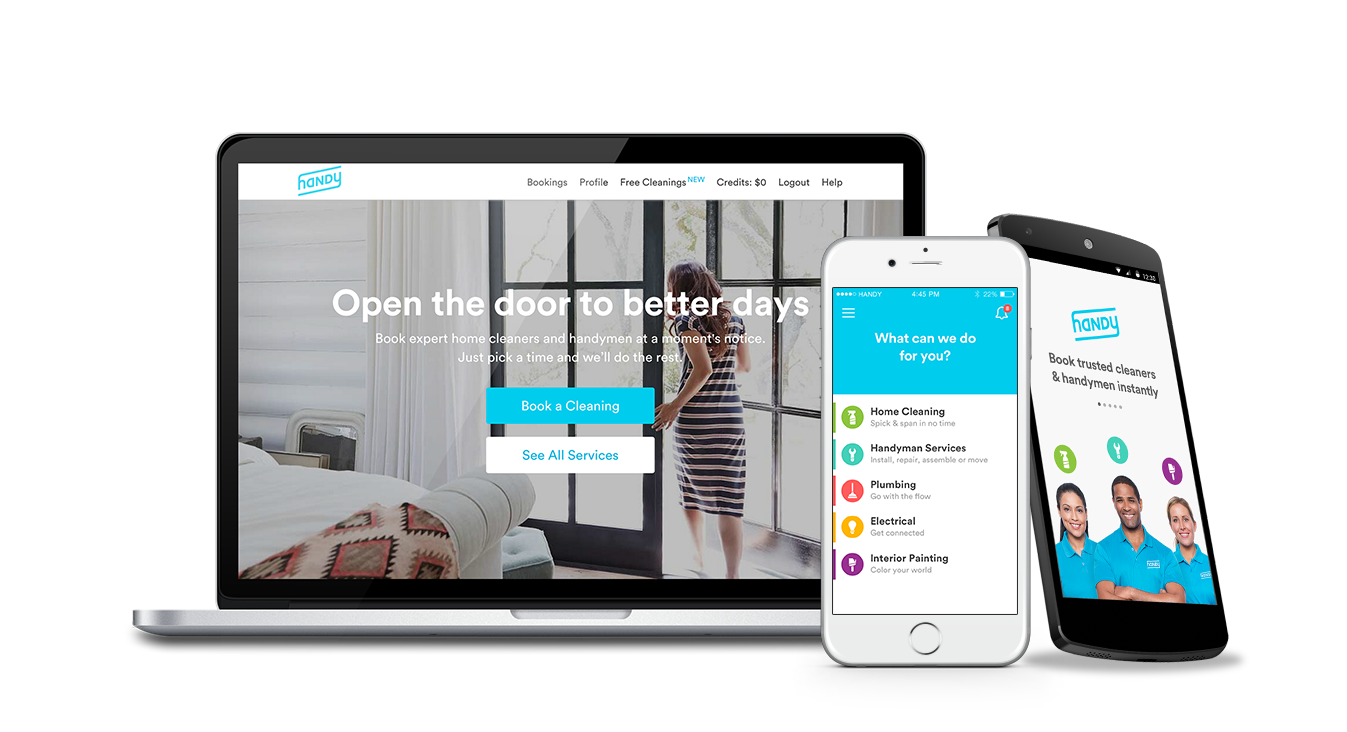 Months ago, a startup that let customers book home cleaning services online abruptly shut its doors after failing to raise more money, keep its customers happy, and getting sued for classifying its cleaners as contractors instead of employees. That startup, Homejoy, became the first of the so-called “on-demand” startups to publicly bite the dust.

On Monday, Homejoy’s main rival, New York City-based Handy, said it had raised a fresh $50 million in new funding from Fidelity and existing investors TPG Growth, General Catalyst, Highland Capital, and Revolution Growth. The company will use that funding to expand from the 28 cities it currently services to, at least, double that number in the next 12 months, says co-founder and CEO Oisin Hanrahan.

Handy, formerly known as Handybook, was founded in 2012 as a way for customers to quickly book home services—like handymen or cleaners—at a predictable and relatively low price. Handy vets and hires the handymen and cleaners, and dispatches them to customers’ homes through its app. In January 2014, ​Handy acquired Exec, a competing San Francisco-based startup, for a little under $10 million so it could quickly expand on the West Coast. Although, it still faces competition from other businesses, including industry giants like Amazon.

Questions over the viability of these on-demand startups, which provide everything from car rides to groceries and hot meal deliveries, have been around for as long as these companies themselves have existed. Can they maintain quality while expanding at the speed necessary to grab marketshare and satisfy investor expectations? Can they sustain these low prices? Will consumers trust them with their homes?

While some seem to be relatively successful—like Uber, for example, which continues to raise money and expand despite still losing a lot of money—others haven’t held up so well. A recent story about Homejoy’s failure, published in Medium-backed Backchannel, pegged the company’s troubles not on the labor lawsuits it was facing—as the company originally said when it announced its shutdown—but on difficulties retaining customers, money hemorrhaging, and a slew of other problems with execution.

So, what about Handy’s customer retention? Eighty percent of the company’s bookings come from “existing customers,” says Hanrahan. (I should also point out that Handy automatically enrolls new customers in recurring cleaning services, which many in the past complained was difficult to cancel entirely and usually required several emails and calls to do so. Last week Hanrahan told me that the company recently fixed this problem, apparently now making it possible to cancel via the app and website—better late than never.)

What about customer acquisition? Homejoy not only struggled in this area, but many of the customers it got through Groupon deals didn’t stick around when time came to book again at non-discounted prices, according to the Backchannel story. Hanrahan says that today 50% of Handy’s customers come to the service organically through referrals. Not great, but not bad either.

And what about labor and other operational areas? Hanrahan says that the company’s cleaners and handymen value the flexibility of being contract workers and that 80% of them work less than 10 hours per week (read: they wouldn’t qualify as full-time employees).

However, a former worker filed a lawsuit in Boston this past summer alleging she was underpaid and forced to cover her own supplies, making Handy one of a growing number of startups embroiled in labor disputes. The employee is represented by Shannon Liss-Riordan, the labor attorney representing plaintiffs in cases against Uber, Lyft, Homejoy, Doordash, Grubhub, Postmates and Instagram, among others. Another lawsuit was filed last fall by two former employees over labor violations.

The company has also navigated a bumpy road as it grew, according to a report in Slate a few months ago.

But the area most difficult to assess is Handy’s financials. Hanrahan assures me the company is doing well and has healthy margins, but without a look at its books it’s hard to say. Meanwhile, with investors like Union Square Ventures’ Fred Wilson penning warnings against startups with “negative gross margins” —selling something for less than it cost them to make it — it’s increasingly hard to set aside skepticism.

Plus, Handy’s growth strategy will only work for the company if it becomes a monopolist, and if that happens we can all kiss our super-cheap home cleanings goodbye.

For a look at whether on-demand startups like Uber have a good business model, watch this Fortune video:

(An earlier version of this story incorrectly identify TPG Growth at TPG Ventures. The story has been updated.)