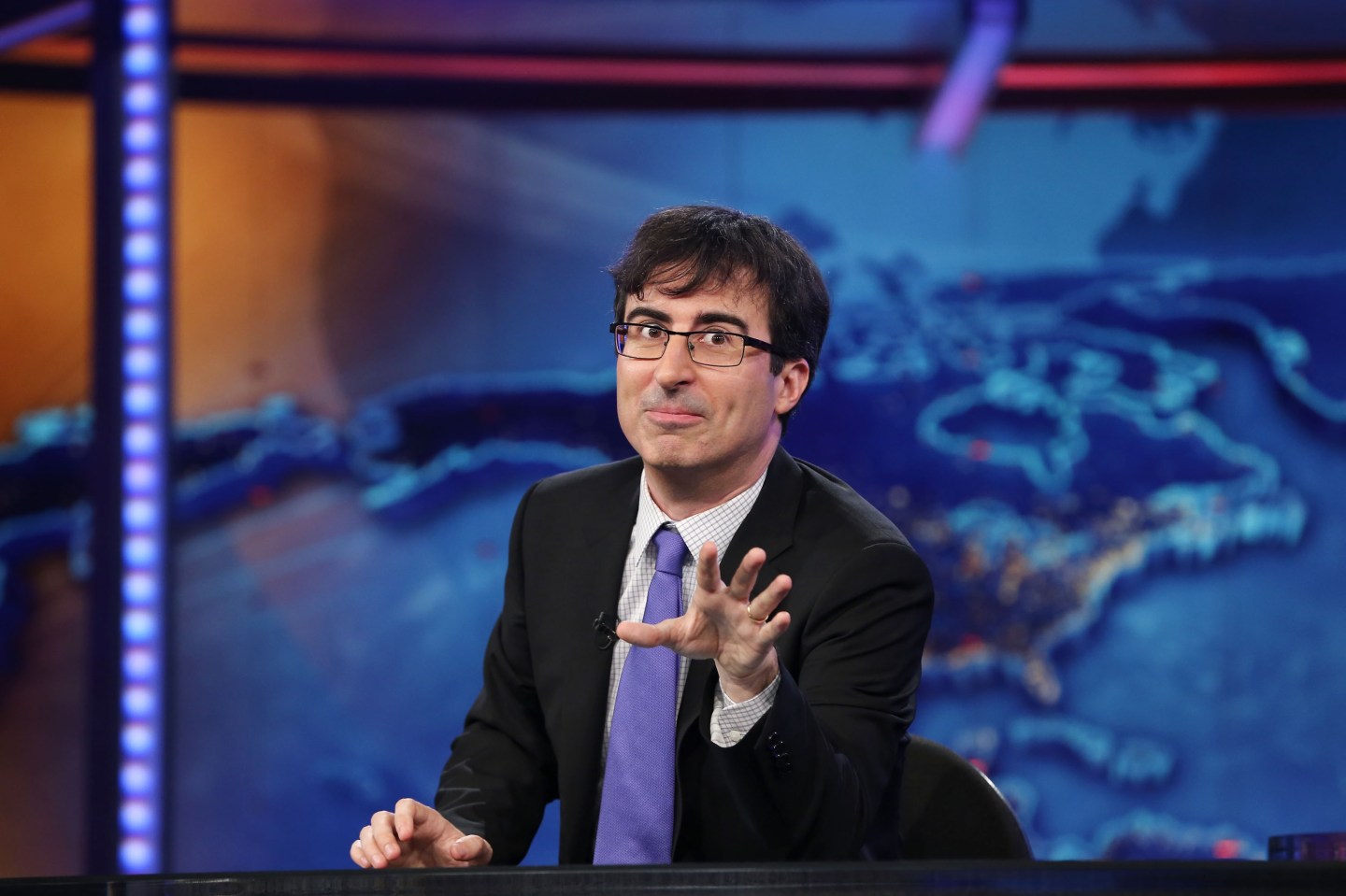 Donald Trump consistently brags about being “a ratings machine,” and he’s right. When the billionaire Republican presidential candidate makes a television appearance, people tune in.

Fox News, CNN, and CNBC all broke records when they hosted the three GOP debates, and Trump, rightfully so, took credit. When he appeared on Late Night with Stephen Colbert, it helped the CBS host score the highest ratings in late-night during premier week, bringing in more than 4.5 million viewers. With numbers like that, it’s no wonder so many people want him on their show.

But not John Oliver. The host of HBO’s Last Week Tonight appeared on CBS This Morning last Friday to discuss the American democratic system and, what everyone wants to talk about, Donald Trump.

He says it’s “frustrating” to him that we’re all so engrossed in the presidential election so long before election day. It’s essentially a media frenzy that involves “a lot of balloons” and “looks like a four-year-old’s birthday.” He was then asked whether he would want to have Trump on his show, a question to which Oliver responded:

I haven’t really got anything to say to him. He’s said everything he wants to say. He has no internal monologue, that man. So it’s not like you’re going to find the secret nugget he’s been holding back. He’s an open book, and that book doesn’t have many interesting words in it.

As is the case when anyone publicly criticizes him, Trump felt the need to retaliate. The day after Oliver’s CBS appearance, he tweeted the following:

.@thehill John Oliver had his people call to ask me to be on his very boring and low rated show. I said "NO THANKS" Waste of time & energy!

A day later, Last Week Tonight put Trump in his place and set the record straight:

A couple of points… 1. Yes, we have a boring show. 2. At no point did we invite Donald Trump to appear on it. https://t.co/qjpg9FLb0V

Though they did fail to mention that, according to the Hollywood Reporter, the award-winning writer pulls in very successful ratings that rival that of longtime HBO host Bill Maher, especially for his challenging time slot of 11 p.m. on a Sunday night.