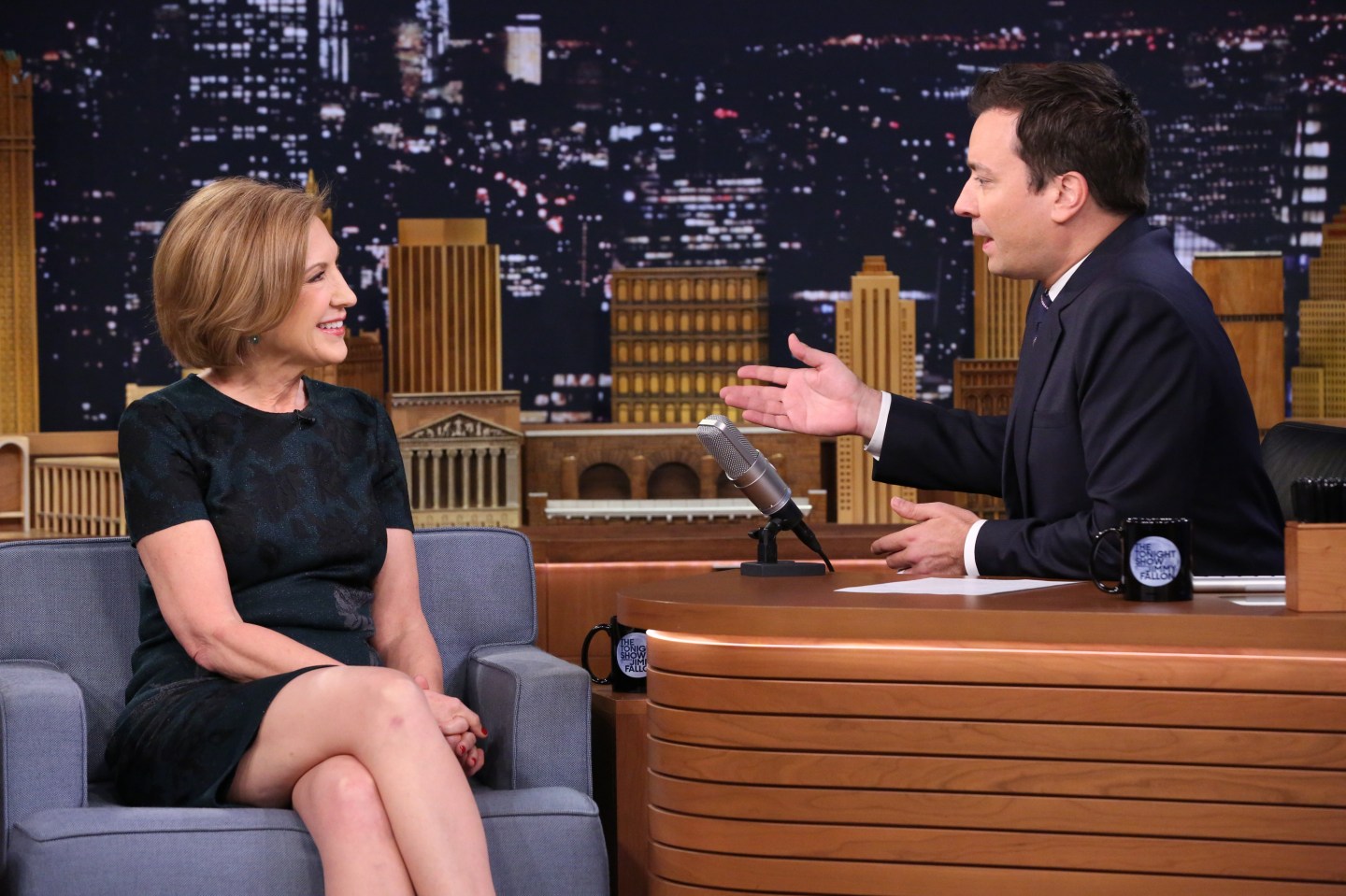 Donald Trump and Carly Fiorina are sitting pretty atop the polls for the Republican nomination for president, in first and third places respectively.

According to a report in Deadline Hollywood, Donald Trump’s appearance on The Late Show with Stephen Colbert raked in 4.577 million people during his appearance on Sept. 22, helping Colbert score the highest late-night rating during premiere week. Carly Fiorina, on the other hand, helped draw the largest audience in the coveted 18-49 demographic when she was a guest recently on the Tonight Show Starring Jimmy Fallon.

The numbers underscore the symbiotic relationship between broadcasters and politicians that has developed in the early days of the 2016 presidential race.

As more viewers prefer to watch streamed TV, broadcasters are putting a greater emphasis on live—or at the very least time-sensitive—shows, such as presidential debates, or nightly talk shows. The most recent Republican debate on CNN, for instance, broke records for the network, with upwards of 24 million viewers.

It’s a great deal for the candidates, too—they benefit from the free advertising that these platforms provide. Political scientist John Sides wrote recently: “For [Donald] Trump, media coverage has been crucial in motivating his surge.” Sides studied the correlation between Trump’s poll numbers and the number of media stories about him, finding that as he got more coverage, his poll numbers rose, and that they have sunk in recent weeks as the media has covered him less often.