Donald Trump furious at Forbes for ‘embarrassing’ net worth valuation 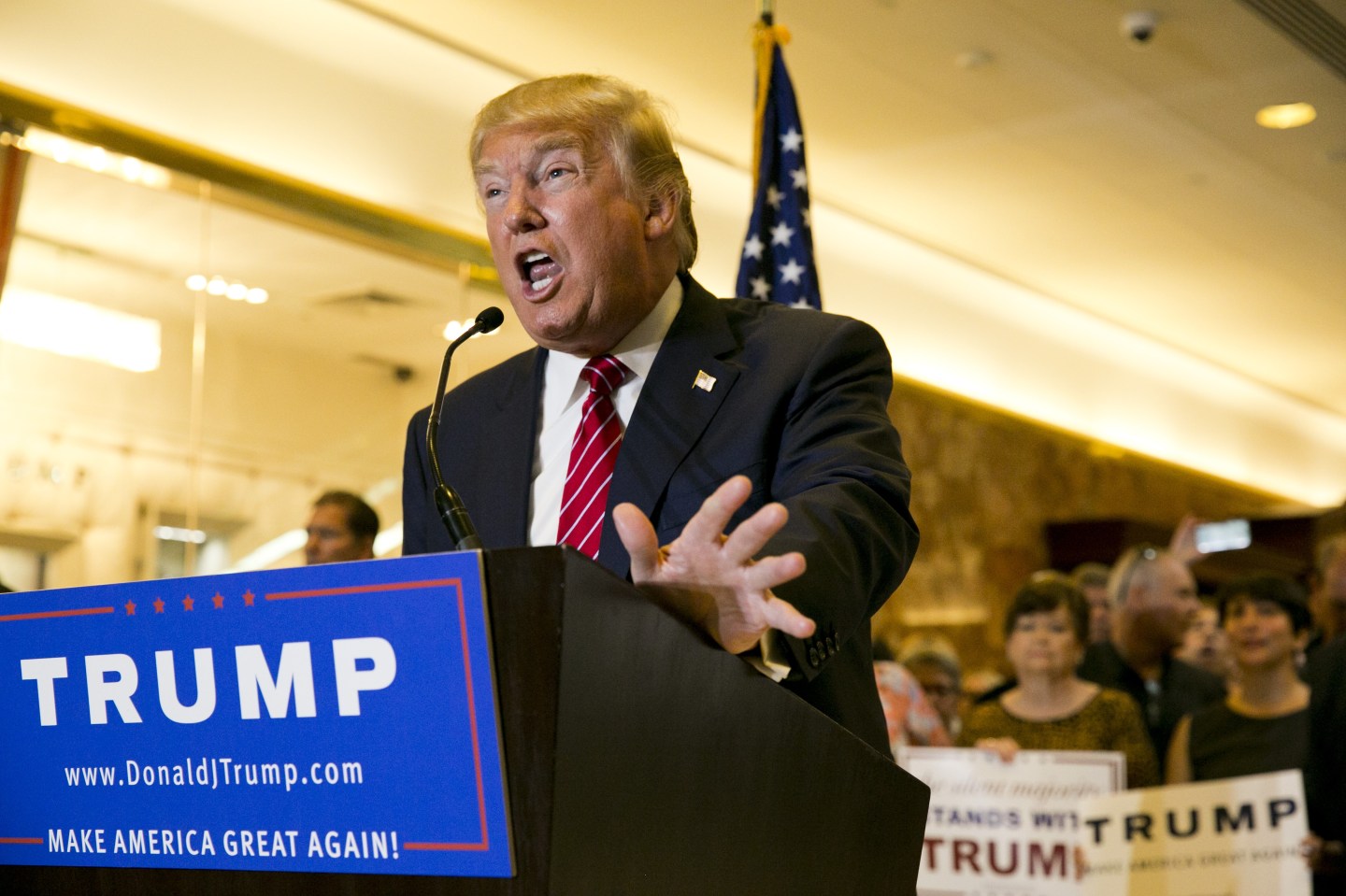 Trump, who has repeatedly claimed a net worth of over $10 billion, doesn’t agree.

He accused Forbes of trying to make him look bad, calling the publication “bankrupt” and “incompetent,” adding in an interview with Lane that a “respected magazine that’s coming out” will value him at $11.5 billion.

The argumentative Republican presidential candidate told Forbes: “I think you’re trying to make me as poor as possible.”

When Lane asked Trump whether he truly believes that Forbes evaluates him differently than others on The Forbes 400, he responded: “Yes, I do.” His reason? “Because I’m famous, and they’re not. Because when [Richard] LeFrak had dinner at Joe’s Stone Crab, he calls me up and says, ‘Could you help me get a reservation?'”

This isn’t the first time Trump has fumed about a valuation lower than his own. He accused Michael Bloomberg of being “jealous” of him when the billionaire’s news company estimated Trump’s net worth to be a measly $2.9 billion.