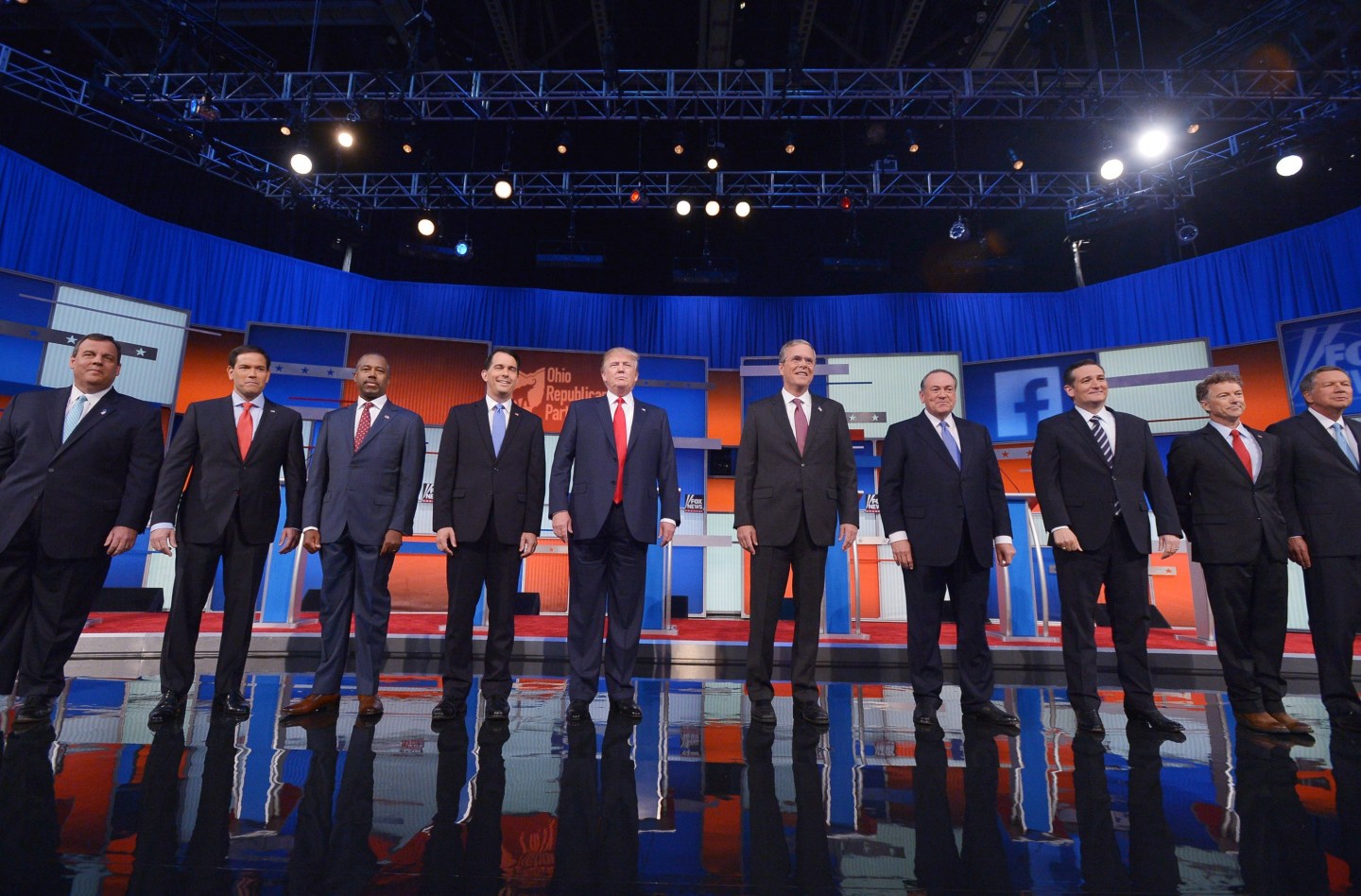 Last night’s Republican debate was contentious, to put it mildly. Donald Trump remained pugnacious, candidates went at each other, and moderators, especially Megyn Kelly, pushed with some tough questions.

But the one indisputable point is that, from a ratings view, Fox News was a winner.

According to Nielsen data, 24 million people watched at least some portion of the two-hour broadcast, which is a record for a primary debate. Or, as Los Angeles Times reporter Mike Memoli noted for perspective, that was 500,000 more than watched Game 7 of last year’s World Series.

It virtually tied the biggest “Sunday Night Football” game last season between the Dallas Cowboys and Philadelphia Eagles, which had 24.3 million viewers. David Letterman’s farewell show clocked in at 13.7 million. And none of that counts the 6.1 million viewers who tuned in for the 5pm debate between seven other candidates that didn’t make the prime time cut.

Jon Stewart’s send-off on his last Daily Show was miniscule in comparison, with 3.5 million. Ironically, that would have beaten the first Republican debate in the 2012 election cycle, as it had only 3.2 million viewers.

Of the main debate audience, 7.9 million were between 25 and 54 years old. That’s big for Fox News Channel, which hosted the event, because that age group is a prime target for television advertisers. In other words, not only will political campaigns look to pepper television ads around the debates, but so will consumer-oriented companies. The results are expected to be good news not just for Fox, but for the other television networks that will run some of the other Republican debates. And when there’s a lot of demand for ad space, rates stay high and TV executives smile.

In general, media executives are gleeful over the money 2016 political ads could bring. CBS CEO Les Moonves said during a February earnings call that he expected “strong growth with the help of political spending.” Other media firms, including Nexstar, Gannett, and E.W. Scripps have anticipated big ad revenue increases.

And they all have to thank Trump, who is both a practiced TV showman and someone who has attracted conservatives who think the political process needs a shake-up.

As far as who won, on Twitter it may well have been Bernie Sanders. The presidential candidate and Vermont senator had the most retweeted comment on the evening, with more than 25,700 retweets:

It's over. Not one word about economic inequality, climate change, Citizens United or student debt. That's why the Rs are so out of touch.