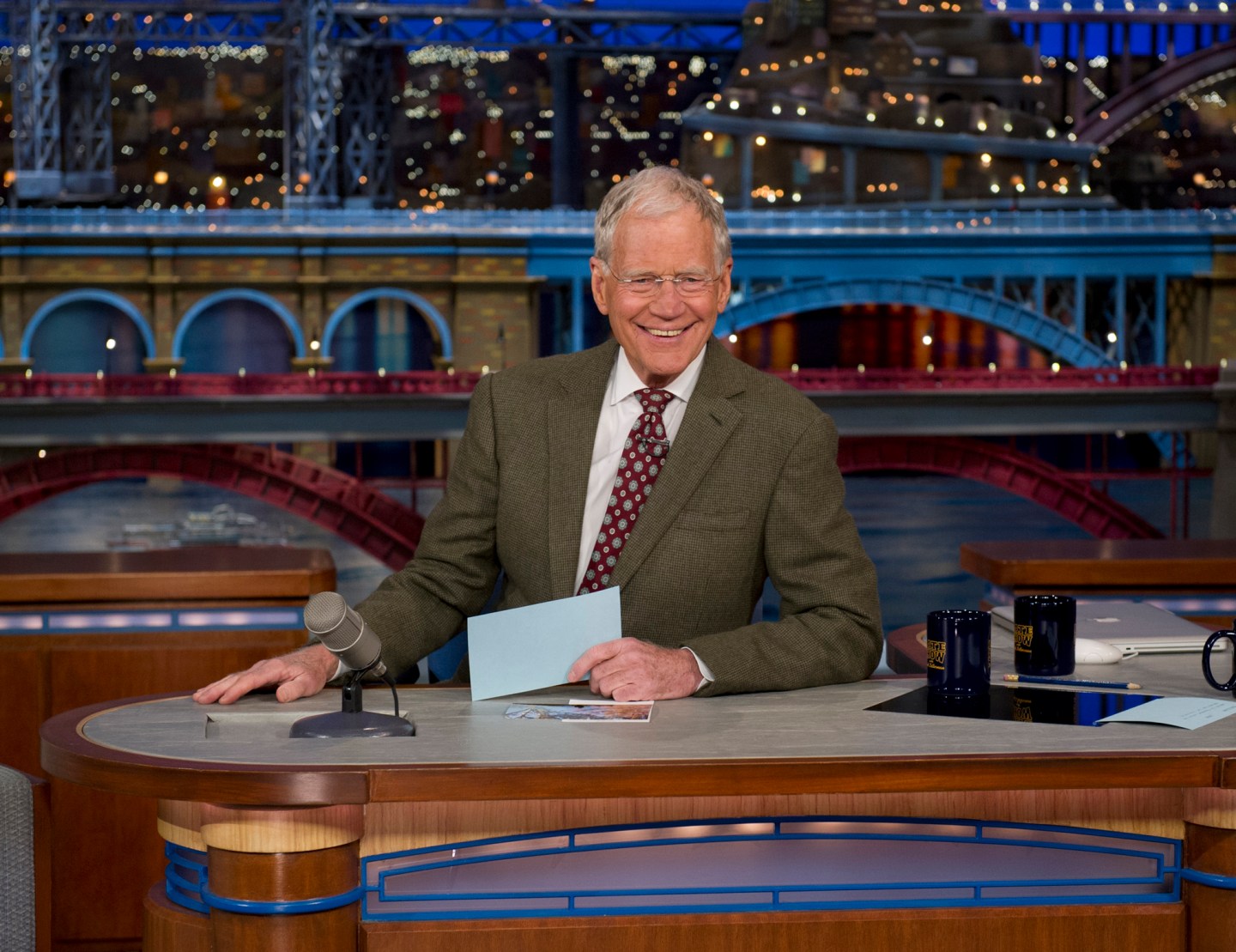 Whenever a television show with a few seasons under its belt goes off the air, there are always those who proclaim it “the end of an era,” even if it really isn’t. Well this time, it’s for real.

On May 20, talk show host David Letterman will retire from CBS’s “The Late Show,” which he has hosted since 1993. He passes the torch and the time slot to comedian Stephen Colbert, formerly of Comedy Central’s “The Colbert Report,” but while no disrespect is intended to the very funny and intelligent successor, it just won’t be the same.

The first episode of “Late Night with David Letterman” aired on NBC in 1982, and he’s been on the air ever since, surpassing Johnny Carson to become the longest-serving late-night talk show host in history. Most of today’s late night talk show hosts acknowledge him as a primary influence, to the extent that “Jimmy Kimmel Live,” which competes directly with Letterman’s time slot, is airing a repeat Wednesday night.

“I have too much respect for Dave to do anything that would distract viewers from watching his final show,” Kimmel told The New York Times.

Letterman has also shown that he knows his way around the boardroom. At his 2007 peak, Forbes reported that he was being paid $40 million a year, and both he and his film and television production company, Worldwide Pants, have been behind some major successes. But if the soon-to-be former host has plans to immerse himself in the business world, he didn’t say so in a recent interview with Rolling Stone.

“What I’ve decided to do — and what I really want to do — is give myself over to my son and my wife,” he told the magazine. “My schedule is no longer a factor, so whatever they want, that’s what we’re going to do.”

A spokesperson from Worldwide Pants told Fortune that it will continue as Letterman’s production company, but future developments lay past a horizon too distant for further specifics. In the meantime, here’s a look at a few of the business successes that both Letterman and his production company have been a part of.

The CBS sitcom “Everybody Loves Raymond” starred Ray Romano as an Italian-American sportswriter from Long Island. Co-produced by Worldwide Pants, the show was an instant success, running from 1996 to 2005. It’s been a constant fixture in syndication ever since.

“Everybody Loves Raymond” maintained high ratings throughout its entire run. The series finale, which aired in May 2005, attracted 32.9 million viewers, making it one of the most-watched television episodes of all time. The show was later adapted for the Polish market, where it was re-christened “Everybody Loves Roman.”

Letterman is one of a number of stars reported to be lined up by National Geographic.

Letterman has expressed his admiration for the band in the past, specifically inviting them to appear on his show after the hiatus he took to recover from heart surgery in 2000, to perform their song “Everlong.” The “Sonic Highways” DVD, meanwhile, was the number one-selling DVD on the Billboard charts the last week of April and the first week of May in 2015.

LOS ANGELES - OCTOBER 16: Craig Ferguson on the set of the CBS' THE LATE LATE SHOW WITH CRAIG FERGUSON, scheduled to air October 16, 2014 on the CBS Television Network. (Photo by Monty Brinton/CBS via Getty Images)

David Letterman had been on CBS for less than two years when Worldwide Pants put “The Late Late Show” on the air, immediately following Letterman’s time slot. Its first iteration was hosted by the late Tom Snyder, himself a late-night talk show pioneer who had hosted NBC’s “The Tomorrow Show” during the 1970s.

Snyder left in 1999 and was replaced by Craig Kilborn, who was succeeded in 2005 by Scottish comedian Craig Ferguson. It was then that the show finally found its groove, and at its peak it averaged almost 2 million viewers per week. Ferguson left in 2014 and has since been replaced by British comedian James Corden.

Sadie the dog performs a "stupid pet trick" as David Letterman, right, and Tom Hanks look on at the Academy Awards in Los Angeles, Monday, March 27, 1995. Sadie spun in a circle as the audience applauded. At left is an unidentified trainer. (AP Photo/Michael Caulfield)

Conventional wisdom holds that in the annals of the Academy of Motion Picture Arts and Sciences, there has been no Oscars telecast host as bad as David Letterman, who presided over the festivities on March 27, 1995. John J. O’Connor of The New York Times pelted the talk show host with barbed zingers, observing that “glamorous people waiting for awards announcements aren't terribly interested in New York City cabdrivers or stupid-pet tricks.”

Be that as it may, the very same article mentioned that this Oscars telecast had been the highest-rated in 12 years, and reported that ABC had an estimated audience of 81 million people. This was due in part to the fact that it had been viewed by the younger men who made up a large portion of Letterman's fan base, and who were nowhere to be found at the following year’s Whoopi Goldberg-hosted telecast.

Striking writers carry live sized photos of legendary actors, Marlon Brando, left, and James Dean Monday, Nov 26, 2007, to express their support to members of the Writers Guild of America (WGA), outside the Raleigh Studios in Los Angeles. The classic photos were lent to them by Hollywood photographer Phil Stern, who lives near by the Raleigh Studios. (AP Photo/Damian Dovarganes)

In November 2007, the Writers Guild of America went on strike. Along with all the other late night talk shows, the strike sent “The Late Show With David Letterman” into eight weeks of repeats.

While all the other shows returned from the hiatus without writers, Worldwide Pants reached an agreement with the Writers Guild that allowed both of its shows, "The Late Show With David Letterman" and "The Late Late Show With Craig Ferguson," to come back on the air with each show’s respective writing staff.

Both shows returned with all-new episodes in the first week of January 2008, and did so with guest stars that hadn’t wanted to cross picket lines in order to appear. The Writers Strike ended for everybody else in mid-February, a full six weeks after Letterman had gone back to work.