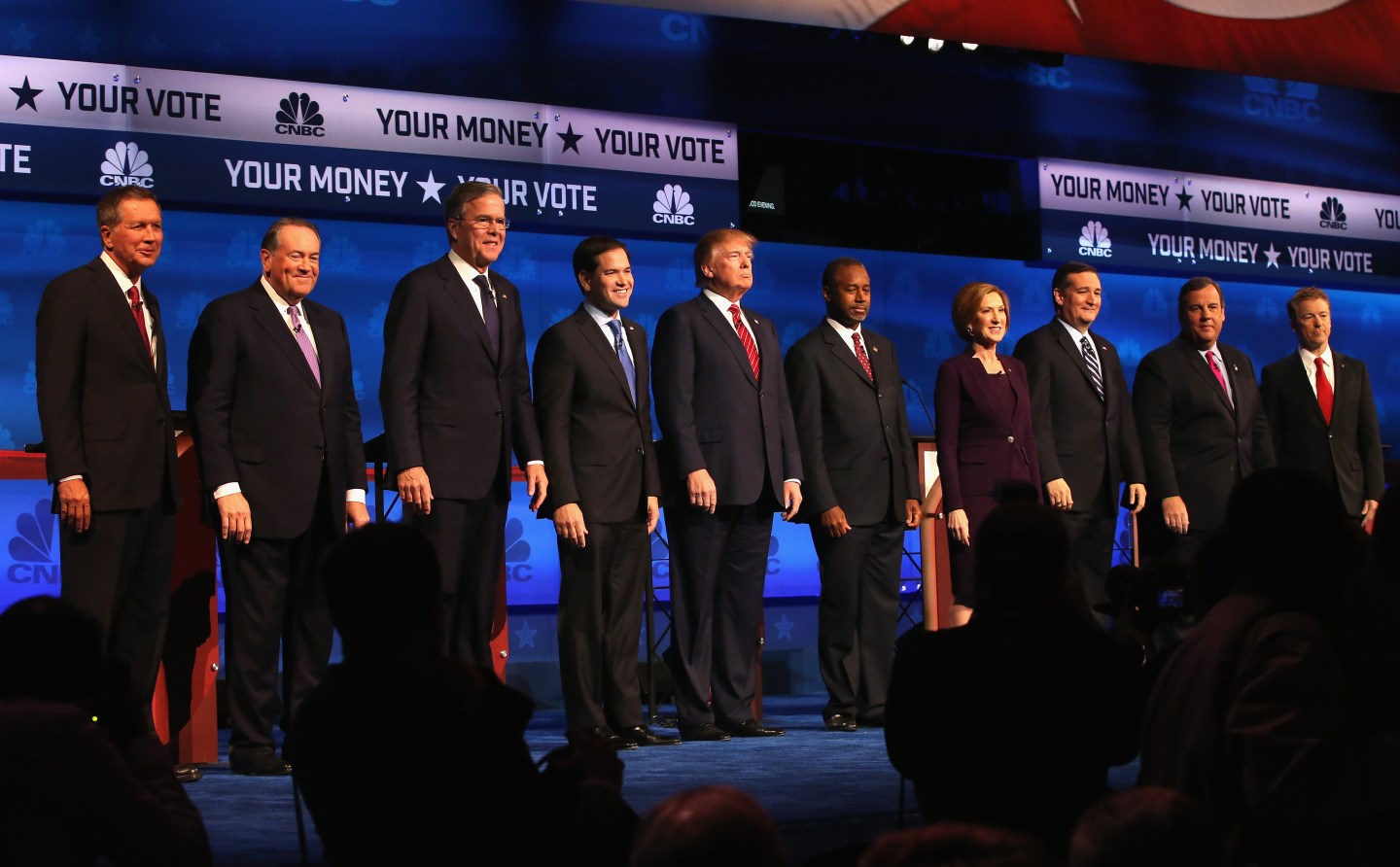 Glenn Beck’s website has a suggestion for who would be the best choice to moderate an upcoming Republican debate: Glenn Beck.

TheBlaze reported that an official associated with one of the Republican presidential campaigns claims that Glenn Beck’s name is being considered as a moderator for one of the upcoming Republican debates. The website did not name the source. And it labeled the story an “exclusive.”

TheBlaze writes that Beck would make for a good moderator because he is a “fair reviewer,” though this in itself might not be a fair review considering the publication is owned and operated by The Blaze Inc., a private company founded in 2011 by none other than Glenn Beck.

The last GOP debate was hosted by CNBC. The moderators’ performance was disastrous to a point that it provoked the chairman of the Republican National Committee, Reince Priebus, to write a letter to NBC suspending their partnership. CNBC was set to host another Republican debate in February, but the RNC was so unimpressed with the moderators’ “gotcha” questioning that the committee is discussing replacements. That’s what may open the door for Beck, which his own website thinks would be a great choice.

TheBlaze writes that at least three presidential campaigns would support Beck as a moderator — Donald Trump, Ted Cruz, and Jim Gilmore. It goes on to say that he is liked both “in and out of the Tea Party,” and certainly at his own website.

Beck disengaged from the Republican party earlier this year, declaring he hates Republicans and “they are as much of a problem as the other side,” which would be an interesting talking point in the next debate, but probably not a comment that is going to win Beck the moderator job.