The Theranos mess: A timeline 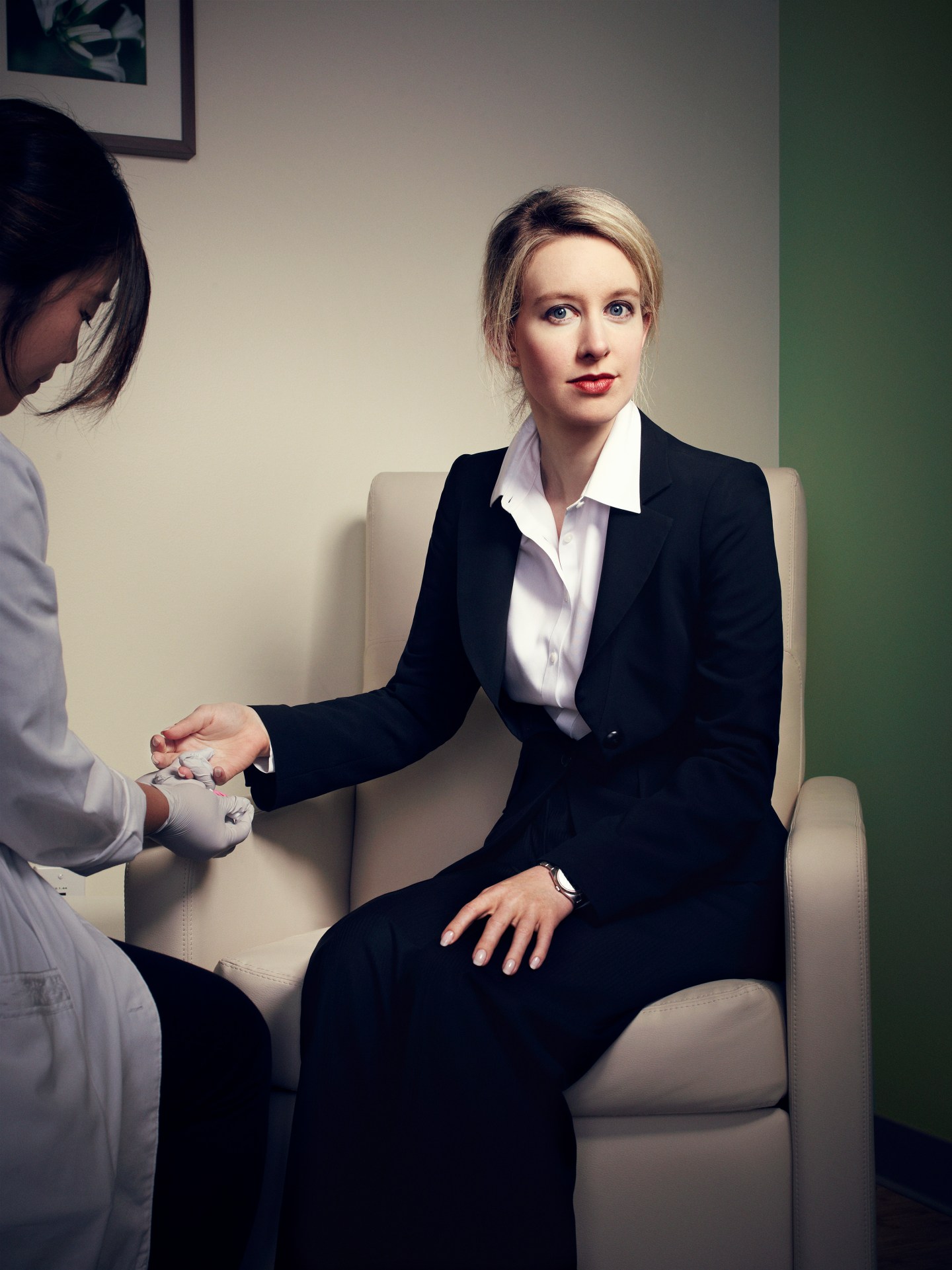 Blood-testing startup Theranos operated for years in near-total secrecy, despite raising hundreds of millions of dollars at a valuation of around $9 billion. In fact, most people didn’t even know it existed until Fortune put founder and CEO Elizabeth Holmes on its June 2014 cover.

Over the subsequent 16 months, Holmes became a Silicon Valley celebrity, appearing on several more magazines, including Fortune, and she was a regular on the tech industry conference circuit. Her company, which claimed to perform dozens of lab tests on just a few drops of drawn blood, seemed poised to revolutionize healthcare and was talked about as a 2016 IPO candidate.

In the past several weeks, however, Theranos has experienced a rapid fall from grace — with serious scrutiny (and some damaging allegations) coming from the media, the government and the company’s business partners.

October 15 (morning): The Wall Street Journal stuck a giant pin in the Theranos balloon, publishing an exposé that accused the company of not actually using its own technology to conduct most of its blood tests. Moreover, The Journal said that fewer than 10% of the tests offered by Theranos were conducted via finger sticks — meaning that it usually was requiring standard venipuncture (i.e., syringe in the inner elbow and much more than a few drops of blood). The story also questions the accuracy of Theranos lab results and, most damning, suggested that the company had cheated on proficiency tests that are vital to maintaining lab certification.

Theranos immediately disputed the charges via a blog post, but the rebuttals were more rhetorical than substantive. Fortune‘s Roger Parloff, who had written our original cover story, later that day published a Q&A with Theranos general counsel Heather King, after which he concluded that there “are clearly irreconcilable conflicts between the company’s account and the Journal‘s.” He added that one thing that seems clear is that Theranos was “dialing back” its marketing promise of how “one drop changes everything.”

October 15 (evening): Elizabeth Holmes, who had spent her day in meetings, broke away to tape an interview with CNBC’s Jim Cramer. She said that the criticism is “what happens when you work to change things” and that she “was shocked that the Journal would publish something like this when we had sent them over 1,000 pages of documentation demonstrating that the statements in their piece were false.”

October 16: The WSJ followed up with a report that the U.S. Food and Drug Administration had pressured Theranos into suspending its collection of blood via finger prick for all but one of its tests. At issue was the company’s use of so-called “nanotainers,” which the FDA considers to be an unapproved medical device. This development was not mentioned by Theranos general counsel Heather King in her Q&A with Fortune, when she was asked about the company’s current testing methods. In a blog post, Theranos argued that the “pressure” was misconstrued, and that the company was proactively and voluntarily working with the FDA.

October 18: Jean-Louis Gassée, head of Apple (AAPL) engineering in the late 1980s, wrote about his personal experiences using Theranos, saying that his results deviated significantly from results he received from Stanford Hospital. When he contacted Holmes, he claims to have received no reply (something Holmes later disputed). Fortune later published a similar account from a different technology executive.

October 21: Holmes appeared on stage at a tech conference being held by, of all outlets, The Wall Street Journal. She again hit back at the paper’s allegations — her questioner was not the author of those pieces, John Carreyrou — reminding the audience that nanotainers had received FDA approval to be used on one type of test, and disagreeing that the further nanotainer suspension came after an “unannounced” visit by FDA inspectors. “I read what was in the article. I thought it was false and we disagree with it,” she said.

October 23: The Financial Times raised fresh questions about lab accuracy — mostly related to issues that had occurred years earlier — and also took issue with an earlier New Yorker profile of Holmes in which Theranos was said to have “earned income from large pharmaceutical companies, including Pfizer and GlaxoSmithKline.” In the FT piece, representatives of both Pfizer (PFE) and GSK (GSK) denied the assertion.

October 24: Walgreens announced that it will not open up any new Theranos blood-testing centers in its pharmacies until it gets more information about the ongoing controversies. The two companies in late 2013 had signed a deal with the intention of eventually expanding Theranos centers to all Walgreens (WBA) locations (which now exceed 8,000, before its pending acquisition of Rite-Aid). In an emailed statement, Walgreens said: “Plans to open more Theranos Wellness Centers are dependent upon both companies’ ability to reach a mutually beneficial arrangement.”

October 27: The FDA published two lab inspection reports on Theranos. In addition to finding the nanotainers to be uncleared medical devices, the reports also alleged poor record-keeping, mishandled complaints and a lack of quality audits. In response, Theranos said: “We believe that we addressed and corrected all the observations at the time of, or within a week of, the inspection and have submitted documents to FDA that say so.”

October 28: Fortune reported that Theranos had authorized the issuance of $200 million worth of new stock, just days before the first WSJ story appeared. Moreover, state filings — first uncovered by VCExperts.com — revealed that the company had previously raised far more than $400 million. In fact, the total seemed to be north of $700 million. In response, the Palo Alto-based company said that it had not actually sold any of the new $200 million of stock, saying: “We authorized the C-3 shares with plans to ensure all of our authorized but unissued shares have the proper terms.” Further clarification to that opaque explanation was not provided.

October 29: The New York Times reported that Theranos had quietly shrunk its board over the summer from 12 members to just five. So quietly, in fact, that it didn’t update its website until after the NYT story was published. Theranos had come under earlier criticism for a board that leaned heavy on older government officials like Henry Kissinger, Sam Nunn and George Schultz, and light on those with healthcare or scientific backgrounds. The slimmer board actually accentuated the problem, adding trial attorney David Boies (who had been serving as outside counsel to the company) and getting rid of Bill Foege (ex-CDC director) and Bill Frist (former U.S. senator and heart surgeon) — both of whom became part of a new medical advisory board. Kissinger, Nunn and Schultz would be on a new “board of counselors.”

November 2: Okay, this date hasn’t arrived yet. But Elizabeth Holmes will be interviewed on stage in San Francisco at 5:05 PM PT, as part of the Fortune Global Forum. As you might imagine, there will be plenty to talk about. The conversation will be live-streamed here at Fortune.com.