Are the Wall Street Journal’s allegations about Theranos true? 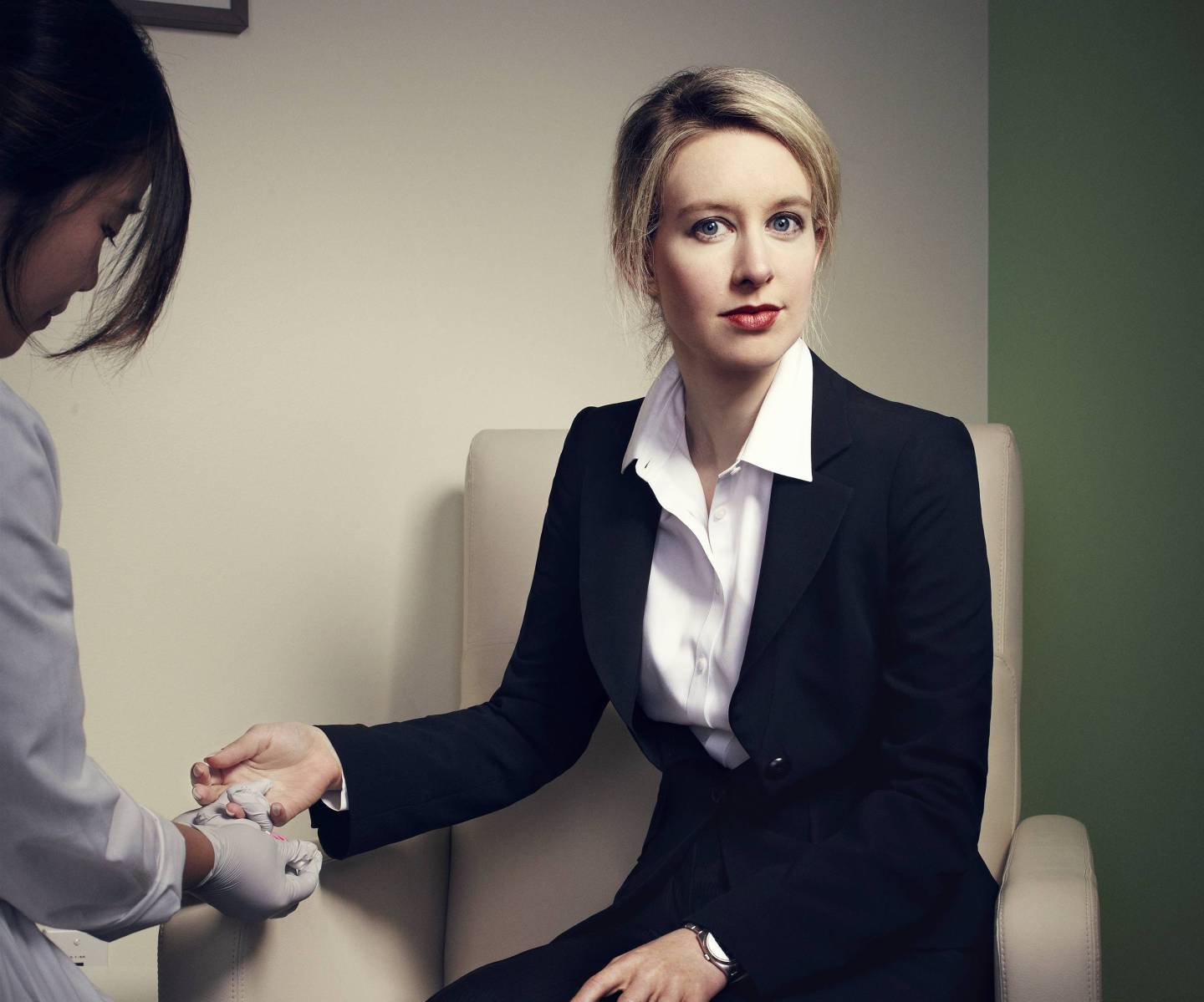 Photograph by Joe Pugliese for Fortune

Speaking as someone who, in a June 2014 cover story, helped bring the blood diagnostic company Theranos and its 31-year-old founder Elizabeth Holmes to prominence, I found this morning’s 3700-word, front-page, Wall Street Journal article by John Carreyrou deeply disturbing.

As I mentioned in my original story, private investors have invested at least $400 million in the ostensibly disruptive company, and have given it a $9 billion valuation. Since then, Holmes has been featured on the cover of Forbes, been profiled in The New Yorker, been interviewed by Charlie Rose, and she has been given a host of awards and honors—including being named to the Harvard Medical School Board of Fellows. All of that has been called into question by the Wall Street Journal‘s allegations.

In my view, the article’s key revelations—assuming they are true, which Theranos vociferously, but only obliquely, denies—are the following.

In addition, in the most inflammatory allegation of all, the paper alleges that in early 2014 company president Sunny Balwani instructed employees to engage in what might amount to a way to cheat on proficiency tests that the company must pass to maintain its lab certifications. Relying in part on contemporaneous emails, the article alleges that Balwani told employees to analyze the proficiency test sample on a conventional, third-party-manufactured machine, even though the company was, at the time, routinely performing those diagnostic tests with its own proprietary system. The switch was made, the article suggests, because the third-party machines generated better results.

The article also questions the reliability of Theranos’s tests though, in fairness, the examples given are anecdotal. (Theranos, as I have previously reported, is seeking FDA approval for some 130 of its proprietary tests, and has already received one such approval. The approval granted appears to accept the basic validity of her platform, at least as to that test.)

In a response posted this morning, the company says the story is “factually and scientifically erroneous and grounded in baseless assertions by inexperienced and disgruntled former employees and industry incumbents. . . . The sources relied on in the article today were never in a position to understand Theranos’ technology and know nothing about the processes currently employed by the company. We are disappointed that . . . this reporter relied only on the views of four ‘anonymous’ disgruntled former employees, competitors and their allies, instead of reaching out to many of the scientific, health care and business leaders who have actually seen, tested, used and examined our breakthrough technologies.”

On the surface, it reads like a powerful denial. But on a point-by-point basis, Theranos’s statement says remarkably little.

Earlier this morning, Theranos’s general counsel Heather King told me categorically: “All our finger-stick tests are run on our own proprietary system.” But she couldn’t stay on the line, so I emailed her a series of specific questions. (CEO Holmes herself was unavailable, according to King. She was in an all-day meeting of the Harvard Medical School Board of Fellows. There would be only a 30-minute break, King said, during which Holmes will tape a Q&A with Jim Cramer for CNBC’s Mad Money which will air at 6 p.m. Eastern Time.)

Here is an edited version of her responses (with the order of the questions changed for clarity).

Q. Are most of the tests listed on your menu done by venipuncture?

A. Yes, and that was part of adding full reference lab capability earlier in 2015 (which you and I have discussed). [Last May, Theranos informed me that the company had begun performing a class of rare, sophisticated tests, known as “esoterics,” which independent labs ordinarily send to specialized “reference” labs. These were still performed by venipuncture, the company acknowledged to me at that time.]

Q. Are most of the tests you perform in practice (i.e., the number that are most often requested, by volume) done by venipuncture?

A. It varies, but currently yes.

Q. Why don’t you indicate on the menu which tests are done by venipuncture and which by finger stick?

A. The list changes from time to time, especially as Theranos continues to add more tests to its proprietary devices. In addition, whether a guest will have venipuncture or finger stick will depend on the panel of tests that a guest orders. For example, if a guest orders a test that Theranos performs on a finger stick in addition to one that is performed on venous draw, Theranos will just take a venous draw.

Q. As I understand it, you have two labs: a high-complexity lab in Newark, Calif., and a medium-complexity lab in Scottsdale, Ariz. You have acknowledged to me that the Arizona lab contains only analyzing machines manufactured by third parties—not your own devices. While you previously told me that you use venipuncture for “esoteric” tests, isn’t it fair to say that the tests being performed in the Scottsdale lab are not just “esoteric”? Wouldn’t esoteric tests be performed at your high-complexity lab? And wouldn’t esoteric tests be the sort of thing for which there wouldn’t exist standard-issue machines to run them on?

A. No, that’s not right. What we mean by “reference” or “esoteric” tests are tests that are not commonly ordered…. Some of these may be high-complexity tests, but the point is that there are standard-issue, third-party machines to run them on, which is what Theranos does. Theranos’s proprietary devices are capable of performing the overwhelming majority, if not all, of the tests which Theranos currently performs for venous draws on conventional machines . . . and Theranos is committed to continuing to add more tests on to its proprietary devices over time.

Q. Were—and are—finger-stick draws ever diluted in order to use them with third-party machinery?

A. Theranos does not dilute samples in the way that the Journal described. (It is worth noting that dilution is common practice in the industry—conventional machines actually have dilution instructions written on the machines themselves.”

Q. Were—and are—venipuncture tests (with the smaller needles) ever diluted to use them with third-party machinery.

A. Venipuncture tests are run exactly to manufacturer’s specifications. As noted above, conventional machines actually have dilution instructions written on the machines themselves.

Q. The most damaging accusation was that Sunny Balwani told employees to perform proficiency tests using third-party machinery at a time when the lab was performing those same tests using its proprietary system. Was that accusation true and, if so, what was the justification?

A. The accusation reflects the Journal‘s misunderstanding of Theranos’s proficiency-testing process . . . The way Theranos performs its [proficiency testing] though AAP is the best process and common practice in the lab industry. The most important thing is that Theranos has always been upfront and transparent with regulators and proficiency testing providers about its process and the Company abides by all applicable . . . regulations and industry guidelines. . . . Theranos has never heard from any regulator that its proficiency-testing process is wrong. The Journal is trying to sensationalize a technical issue that the Journal refused to spend time to understand.

Q. Is it true that you deleted certain claims from your web site during the Journal‘s reporting?

A. The Journal‘s reporting process was very long (months) and we change our web site from time to time, as would be expected. Theranos changed the web site only to emphasize that, regardless of whether Theranos takes a venous sample or a finger-stick draw, our blood draws are smaller and less painful, which is an improvement for the patient experience overall. It has never been a secret that we use venous draws in addition to finger sticks, and we simply wanted to emphasize that it is better no matter whether it is a few drops or a small vial.

Although there are clearly irreconcilable conflicts between the company’s account and the Journal‘s, there are also some points that seem clear.

When I did my June 2014 story, a key slogan —once prominently displayed in posters and on the company web site, but which I can no longer find there—was: “One drop changes everything,” with a tiny micro-vial of blood shown standing on the tip of a finger. This referred to the primacy of the finger stick to Theranos’s business model at that juncture.

Today the company appears to be dialing back. The closest equivalent slogan now appears to be: “Smaller samples. Smaller needles. Better experience.” The text beneath reads: “Our tests, including venous draws, require smaller samples than traditional labs. We also use much smaller needles. Ones designed specifically for collecting venous draws from children. So whether it’s a few drops collected with a finger stick, or the smallest venous draw sample possible, Theranos tests mean less blood, an easier process, and a clear difference.”

Well, that could be. And if Theranos can continue to sell its tests as inexpensively as Holmes has pledged to—never charging more than half the Medicare reimbursement rate—it may still have a business. But it’s hard to see how it can make money charging so little if it’s still performing the majority of its tests on the same machines Quest Diagnostics (DGX) and LabCorp (LH) have always used.

And even if Theranos’s tests are cheaper, more is required. The accuracy of lab tests are a matter of life and death. Patients and physicians are entitled to feel absolute confidence that Theranos’s tests are as reliable as the competition’s, and that the company’s highest officials are being as straightforward and transparent with them as possible.

At the moment, I’ll leave it to the reader whether Theranos is earning that confidence.

Correction: In an earlier version of this story I misstated the amount that had been invested in Theranos at the time of my June 2014 story about the company. The correct number was $400 million.