Skippy peanut butter is being recalled over a metal shavings scare 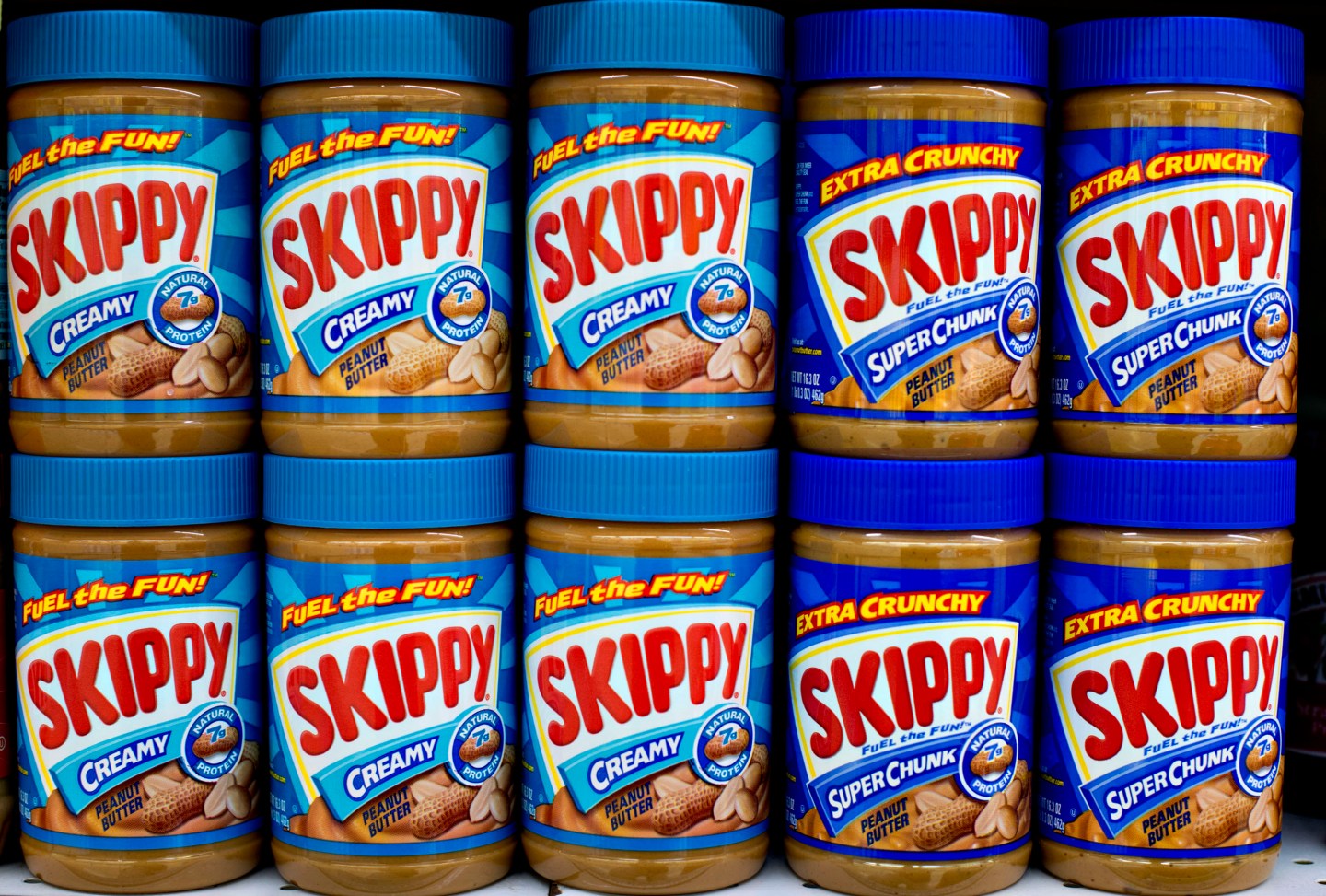 Skippy peanut butter is being recalled in seven states because of an unexpected crunch: metal shavings.

The popular spread may be contaminated in Georgia, Virginia, Alabama, North Carolina, South Carolina, Delaware and Arkansas, according to the Food and Drug Administration.

Hormel Foods makes the peanut butter and announced that the recall includes 153 cases of Skippy’s reduced fat creamy peanut butter spread in distribution centers that provide the product to stores, including Publix, Target and Walmart.

The recall is occurring “due to the possibility that some jars may contain small pieces of metal shavings which were discovered on an in-line magnet check during routine cleaning,” according to the FDA release.

It continues, “The company is issuing the recall to ensure that consumers are made aware of the potential hazard. No reports have been received to date of any consumer injuries or complaints.”

This is the second time in about a month that a company has announced a recall due to possible metal shavings contamination. Sanderson Farms recalled poultry products at the end of September.