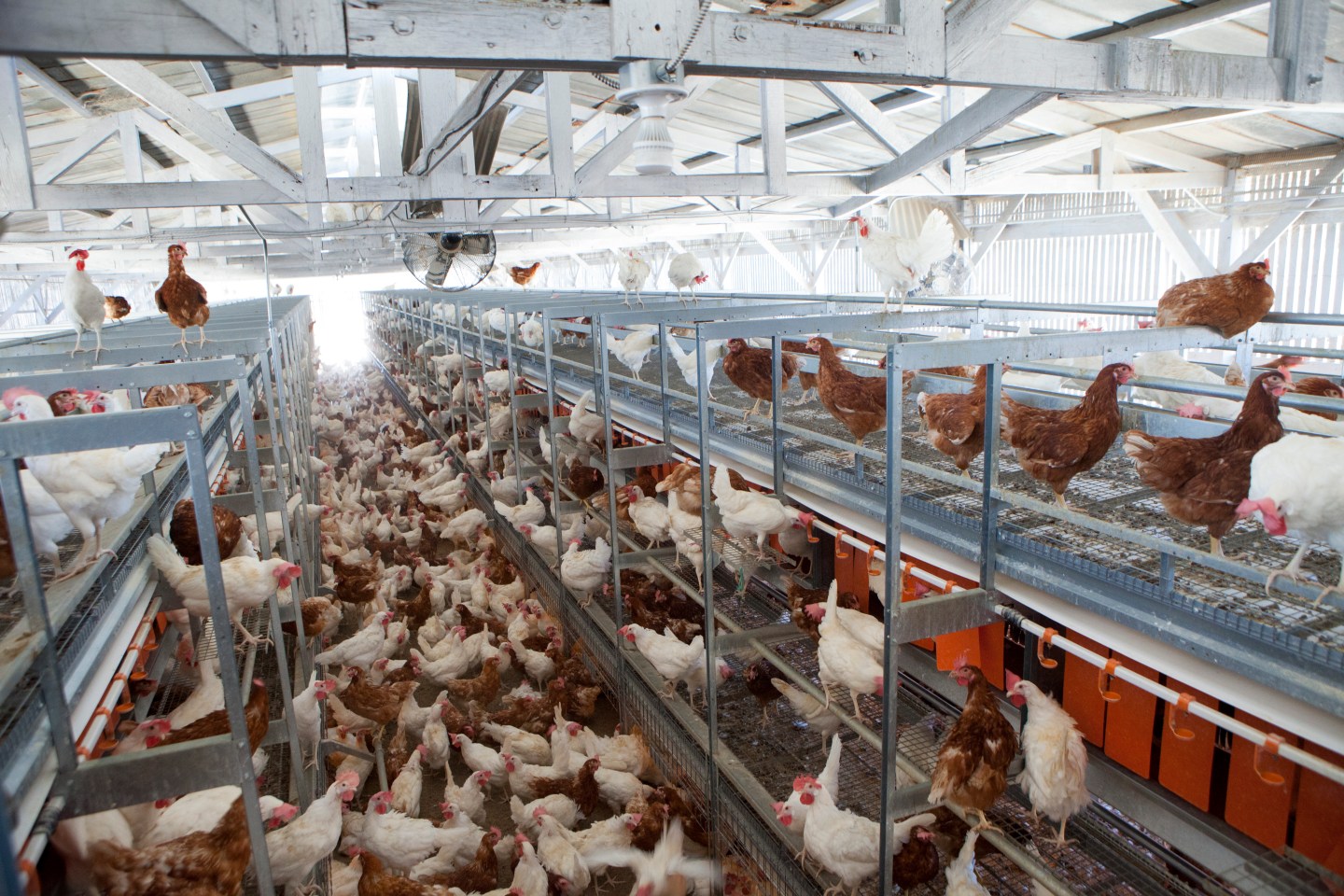 LAKESIDE, CA - NOVEMBER 6: 8000 cage-free chickens hang out and lay eggs in a new chicken house at Hilliker Egg Ranch, on November 6, 2014 in Lakeside, California. Owner Frank Hilliker is in the process of converting all his chicken houses to a cage-free system. He is a third-generation chicken farmer. California voters passed a new animal welfare law in 2008 to require that the state's egg-laying hens be given room to move around, but did not provide the funds for farmers to convert. Hillker had to take out a loan of $200,000 to build this new cage-free chicken house. (Photo by Melanie Stetson Freeman/The Christian Science Monitor via Getty Images)
Photograph by Melanie Stetson Freeman — Christian Science Monitor/Getty Images

Sanderson Farms (SAFM), a company based in Hazlehurst, Miss., is recalling about 554,090 pounds of its poultry products due to worries that some may be contaminated with metal, according to the U.S. Department of Agriculture’s Food Safety and Inspection Service (FSIS).

“The problem was discovered when the firm received a complaint from a processing facility which found metal shavings in the product,” a statement said. “The establishment determined that the contamination occurred due to a malfunction with an ice-making machine used during production.”

There have been no reports of consumption of the products containing metal pieces, per the FSIS.

The company announced that items in the recall were made Sept. 17 – 18 and include the following items:

In other chicken news, Brad Pitt and Bill Maher slammed Costco in July over the way it treats its chickens.