Here’s why an NFL player is suing FanDuel 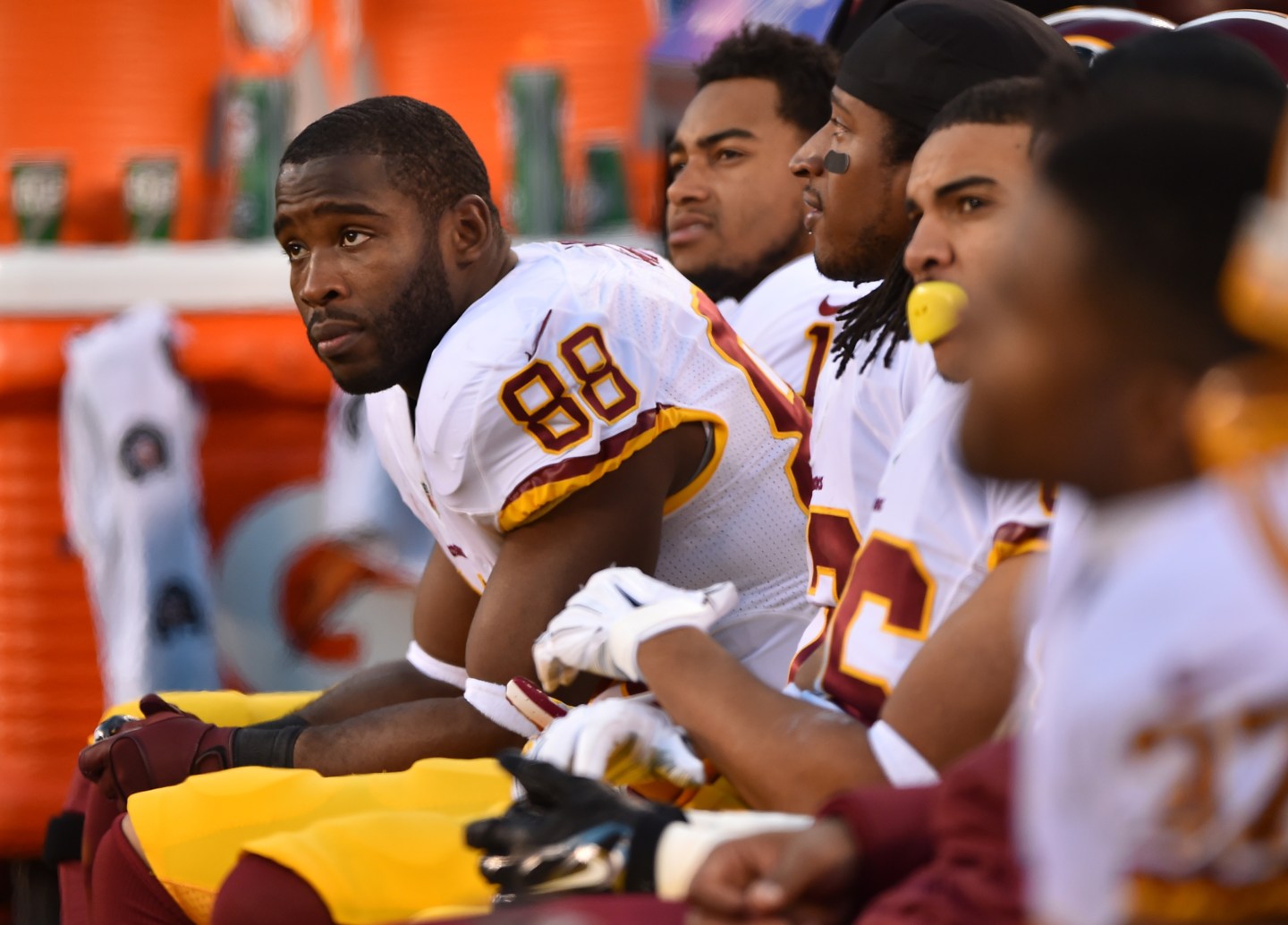 There has been a slew of class action lawsuits brought against FanDuel and its competitor DraftKings in the past few weeks, but they have been brought by users of the companies alleging unfair play by insiders. The lawsuits came in the wake of a major scandal over a DraftKings employee who won $250,000 playing on FanDuel.

But Garçon’s lawsuit is different. It’s not about insider play, nor is it concerned with whether daily fantasy sports is gambling, which has been the focus of recent regulatory scrutiny. It’s about player permission, and whether FanDuel illegally uses player names and likenesses. He has filed it “on behalf” of all NFL players, but for now the suit is coming only from Garçon.

According to a statement released by Garçon’s lawyers, the receiver argues that FanDuel, “knowingly and improperly exploits the popularity and performance of Garçon, along with all the other National Football League (“NFL”) players at offensive skilled positions without their authority or a valid license.”

The complaint also addresses FanDuel’s advertising: “Through a comprehensive television advertising campaign… FanDuel routinely uses the names and likenesses of some of these NFL players without authorization to promote FanDuel’s commercial enterprise.”

In other words, the lawsuit addresses two different realms: the product itself (FanDuel’s website and app, where it uses player names and a small photo of each) and the company’s ads. To the former complaint, there is some legal precedent that favors FanDuel, though it was in a different sport: in 2006 a federal judge ruled that fantasy sports leagues can use the names and likenesses of MLB players. The latter may be the stronger argument for Garçon: Last month, DraftKings scored a deal with the NFL Players’ Association that allows the company to use any NFL players in its advertisements with or without the player’s individual permission; this is why DraftKings isn’t part of Garçon’s lawsuit.

FanDuel has no such deal. It has not used Garçon’s face in its advertisements (in fact FanDuel has sought to differentiate its advertising from DraftKings by utilizing regular people, not celebrity spokespeople), but it has shown screens with his name listed among other players.

“I am bringing this lawsuit against FanDuel for using my name, image, and likeness in both daily fantasy contests and through advertising on TV ads and infomercials,” Garçon said in a statement. But as Twitter users were quick to point out on Friday, the suit represents a change of heart by the receiver, who repeatedly shilled for FanDuel in the past, up until one year ago.

This lawsuit has a lot in common with UCLA basketball alum Ed O’Bannon’s much-publicized class action lawsuit against the NCAA over compensation for college athletes. When O’Bannon first filed in 2009, his claim named EA Games as a co-defendant, for using player likenesses without consent. He was successful in that part of his suit; in 2014 the video game company settled for $40 million.