NFL players can appear in DraftKings ads: What it means 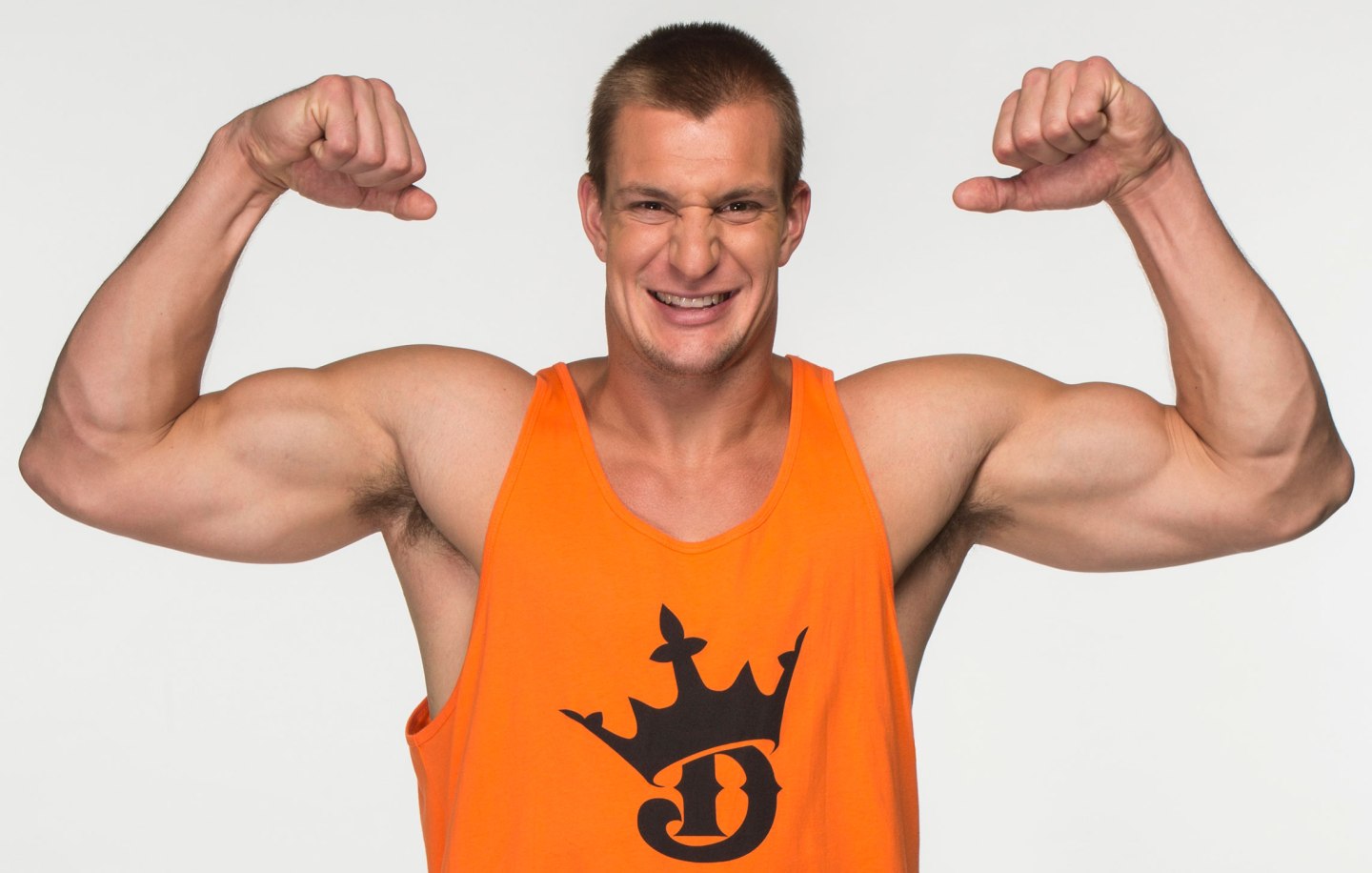 Photography by Danny Hastings/Courtesy of DraftKings

Since the start of the current NFL season earlier this month, two companies have dominated the football-related airwaves, conversation, and controversy: DraftKings and FanDuel.

Both daily-fantasy-sports startups have spent big to plaster television networks with advertisements; DraftKings spent $80 million just in Week One of the season, FanDuel $20 million in that time. (ESPN is at times showing back-to-back ads for the two rivals.) Both have been gobbling up exclusive marketing partnerships with NFL teams; FanDuel has 16 teams to DraftKings’s 12. Both have added new users like gangbusters, ramping up customer acquisition during the start of the football season, the biggest time of the year for fantasy sports.

Now one of them, DraftKings, has notched a major score: a deal with the NFL Players’ Association (NFLPA) that allows the company to use players in their advertising, even if they do not have any individual deal with the player.

The NFLPA and DraftKings announced the licensing partnership this week. As part of the deal, the NFLPA allows DraftKings the right to use player images in campaigns across television, print media, social media, and on digital properties—everywhere, basically. What will change for a football viewer already tired of the volume of advertisements? Not much, apart from seeing more football faces in those advertisements and in other promotional photographs and screens (like the one below).

DraftKings was not permitted to have screens like this one until now.Courtesy of DraftKings

Previously, DraftKings was only allowed to use the images of players it had signed to direct, individual sponsorships. And it only had one in place: with New England Patriots tight end Rob Gronkowski. It had been working on adding more, but there is a threshold at which the NFLPA limits the number of such deals that a brand can have. So DraftKings made the move to get an official deal with the NFLPA, which erases that limit.

This also “legitimizes us,” if you ask DraftKings VP of business development Jeremy Elbaum, who came to DraftKings one year ago when it acquired his own daily fantasy company, DraftStreet. (For some reason all of the companies in the fantasy sports space have the same name; DraftKings has made two acquisitions, of DraftStreet and StarStreet; the StarStreet founder has moved on to create a daily app called Draft; meanwhile, daily platform Victiv, acquired this year by Amaya Gaming, has rebranded to StarsDraft.) “I think this will make new people to the industry more comfortable since they will see players they love and relate to in the ads,” says Elbaum. “That’s what excites us most. It makes new players more comfortable and existing players feel better about the product.”

It is important to note that DraftKings does not have a deal with the NFL, and neither does FanDuel or any other daily-fantasy platform.

The league, known to be extremely cautious about its partners, has held off. Its teams are permitted to have individual marketing deals with DraftKings or FanDuel—and every single one of them does, except for those in the five states where the companies do not operate. But the NFL is quite strict about the rules of these partnerships: teams can run advertising promotions within their own controlled media properties, but the league does not allow any official league or team marks (meaning logos) to appear in such advertisements. For example: the New England Patriots are partnered with DraftKings, and there is even a large DraftKings Fantasy Sports Zone inside Gillette Stadium, but any promotions involving the Patriots and DraftKings cannot use the Patriots logo or the official NFL shield.

The extent to which the NFL has stayed away, while the NBA has partnered with FanDuel and MLB with DraftKings, is a reminder that in the most important sport for fantasy, these companies have some ground to gain. But this NFLPA helps get DraftKings a lot closer.

Elbaum describes it as a two-part deal: “One part is using players collectively, which we can do now and you’ll see many appear in our marketing immediately, and then second, we love our relationship with Gronk and we want to work with more players on an individual level. And it’s actually easier now for us to make those direct deals. The NFLPA deal allows us to talk to players quicker and brings more legitimacy to it.”

Gronkowski himself, of course, agrees: “Adding players into the marketing of DraftKings makes daily fantasy gaming more real,” he said in a statement. “Fans get to see more of our personality and not just our stats.”

As for the many football fans that have railed about the DraftKings and FanDuel ads? Elbaum has seen the hue and cry, but says the exposure is worth it for DraftKings. “We don’t want to get to a point where there’s too much—I think there’s a line and we don’t want to cross it—but with the seasonality of our product and NFL season being so important, it was really important for our business to do this,” he says. “As the seasonality changes, we won’t be as prevalent. It won’t be something that ends up hurting us.”