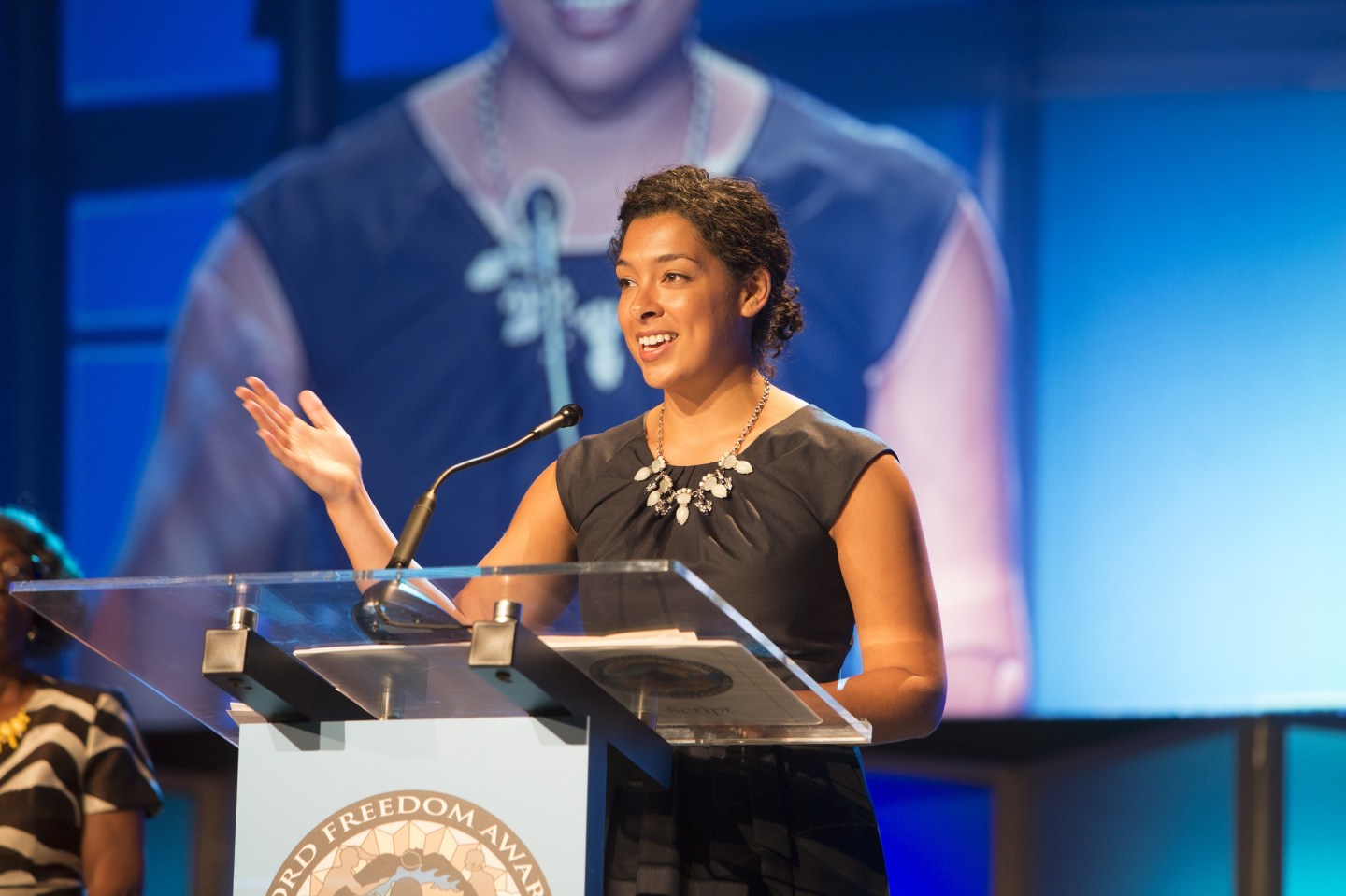 Putting together our 40 Under 40 list is always a tough job, but this year it was more difficult than ever. For the first time, our list was entirely new with no repeats from previous years, which means we had 40 new spots to fill — and there were hundreds of great candidates. Making it even more difficult: There were many more high-caliber women candidates than ever before.

Despite being incredibly impressive, the majority of these women didn’t make the final cut. So, we wanted to shine a light on ten of the lesser-known women whose careers we are following with interest. Some you may already know, while others are under-the-radar, but all have enormous potential—and we wouldn’t be surprised to see them appear on our 40 Under 40 list or any of Fortune’s other rankings in the future.

Without further ado, and in no particular order:

The first version of Kadakia’s start-up—initially called Classitivity—was a huge flop. But that didn’t stop this dancerpreneur from trying again, this time succeeding in a big way. By the end of 2015, ClassPass, which allows members to take classes in multiple studios with one single membership, will be in every major U.S. market and include more than 10,000 locations. Despite the company’s massive growth, Kadakia still makes time for her one true love: dance.

CODE2040, which Weidman Powers co-founded with her Stanford classmate Tristan Walker, is tackling the profound problem of diversity in tech head-on. Its flagship Fellows Program connects minority candidates with summer internships in the Silicon Valley and has thus far been remarkably successful: 90% of CODE2040 fellows received full-time offers from their employers.

Raygorodskaya’s app WanderU has been the Kayak of bus travel, but she has plans to broaden it into a millennial-focused travel app. Besides raising $5.6 million in series A funding last fall, she also has a fan in Sir Richard Branson, who may know a thing or two about the travel business.

What happens when you put together a digital marketing guru and an activist for artisans in developing countries? A sustainably sourced fashion e-tailer, of course! Often called the “Whole Foods of Fashion,” Zady aims to combat today’s fast-fashion trend by bringing honesty and high quality to today’s shoppers.

The Karachi-based money manager is not only the youngest head of a Pakistani asset management company, but also the only woman. Her stellar performance has led to an increase in client assets of about 40% this year, and she continues to break glass ceilings in one of Asia’s most male-dominated economies.

Rye has made a name for herself as a highly respected political strategist. In addition to founding her boutique political consulting firm IMPACT Strategies, Rye is a frequent media commentator and served as the executive director and general counsel to the Congressional Black Caucus for the 112th Congress.

Siroya’s new approach to assessing risk might just revolutionize microfinance. Her startup, InVenture, is able to paint an accurate picture of the individuals and businesses applying for loans in risky markets and help them get financing for small businesses. The company, which has funding from high-profile investors like Facebook co-founder Chris Hughes, Palantir and PayPal co-founder Nathan Gettings and former Citigroup CEO Vikram Pandit, has already launched an app in Kenya and loaned $1.5 million.

The self-proclaimed “girl from the future” is trying to create an entirely new way of sourcing energy: compressed air. Though she has yet to bring a single product to market, the amount of confidence that’s been placed in her is astounding; Bill Gates, Khosla Ventures, and Peter Thiel are all LightSail investors.

A former product manager at Google Health, Kim founded her own health care analytics comapny, Nuna, in 2010. The company collects, reports, and analyzes healthcare data for business clients. But her real moment of glory came in 2013, when she joined the tech task force to save Healthcare.gov. Though she has returned to Nuna, Kim continues to affect change through her continued work with all levels of government.

Walsh became the RNC’s chief of staff earlier this year after breaking fundraising records as finance director in the 2014 election cycle. As RNC chairman Reince Priebus’s right-hand woman, the 2016 presidential election will be her time to shine.