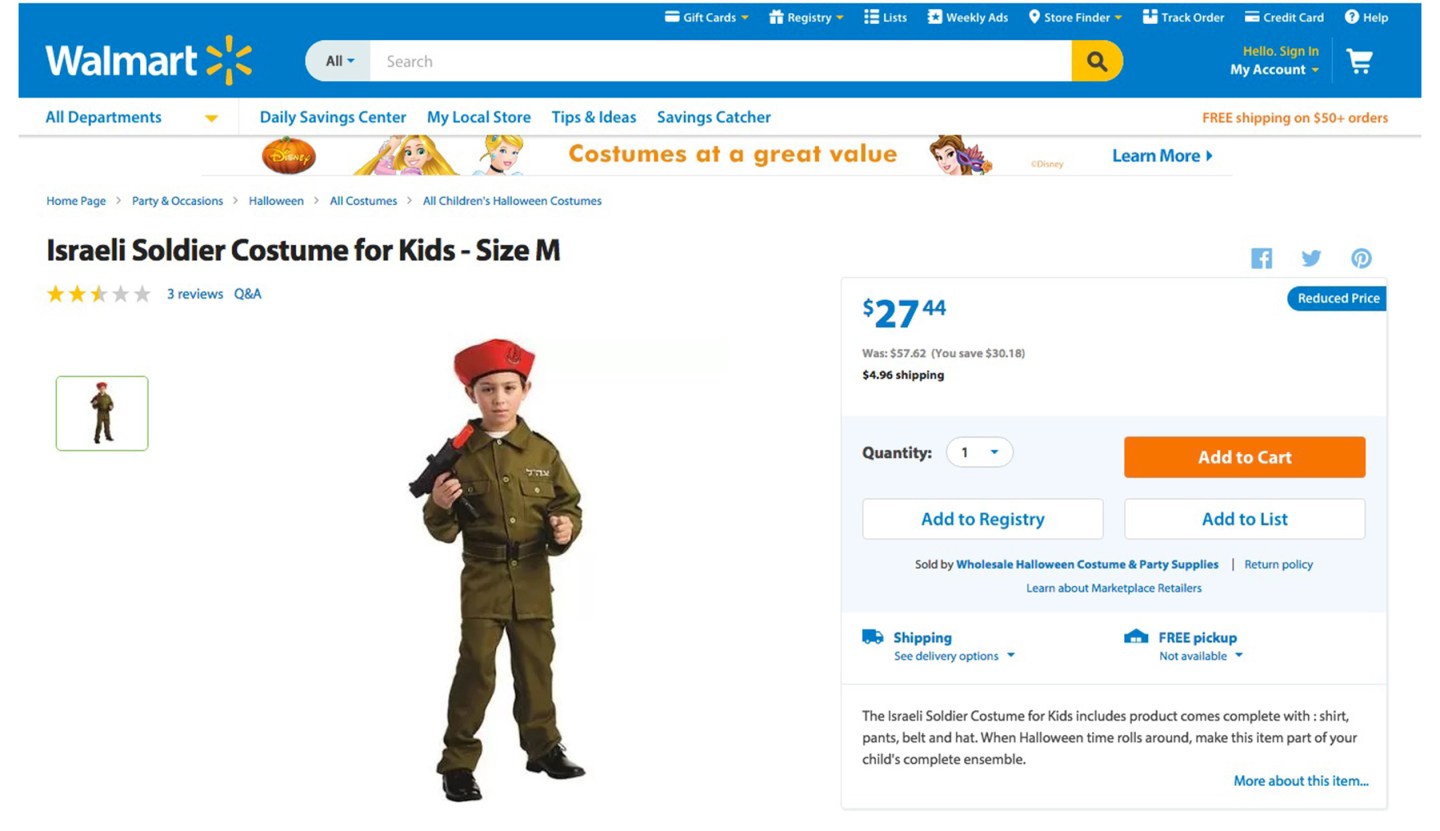 A new costume available at Walmart is causing a stir, with people saying it is offensive and insensitive to a serious and ongoing conflict.

The costume is called “Israeli Soldier Costume for Kids,” and it is currently available on Walmart’s website. The costume is essentially a miniature version of the standard Israeli Defense Forces uniform, complete with green fatigues and a red beret. The Israeli-Palestinian conflict, always a hot-button issue, has been particularly volatile in recent weeks. Palestinian citizens have launched terror attacks against Israeli citizens with knives, leading some to call the wave of violence a “knife intifada,” a reference to two previous instances of Palestinian uprisings.

Palestinians claim that the actions are in response to the actions of Benjamin Netanyahu’s government in both Gaza and the West Bank. Activists claim this particular costume is offensive because of the violence that IDF soldiers have committed against Palestinian civilians in recent years.

Halloween costumes, especially those relating to ethnic stereotypes, are often controversial. Given the hot nature of this conflict, though, this particular costume seems to be especially problematic.