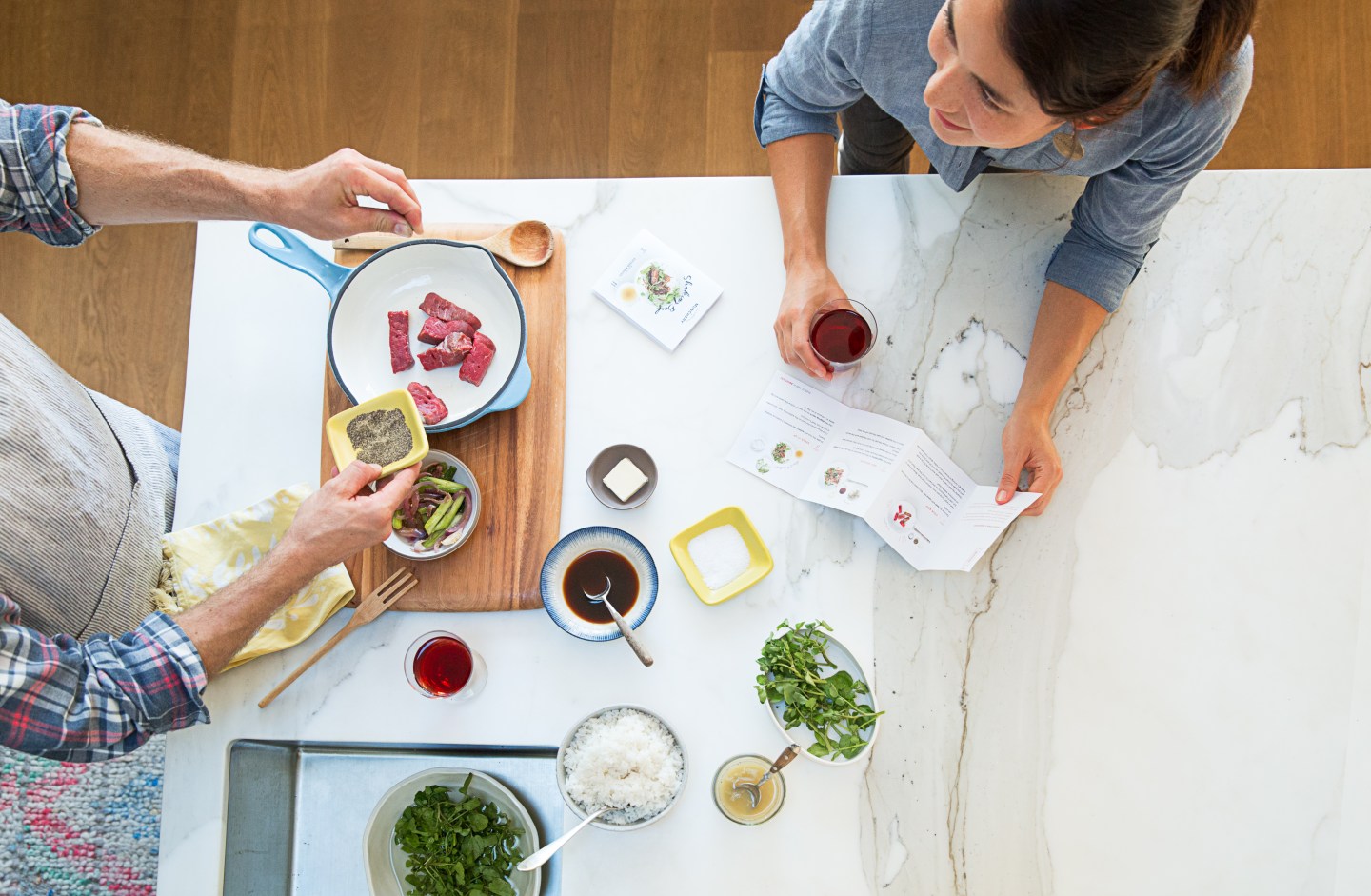 What’s better than a fancy prepared meal showing up at your door? Preparing it yourself in only 15 minutes, according to Munchery, a food delivery company based in San Francisco.

Though the four-year-old startup has been doing just fine delivering prepared meals to its customers, it found that people also want to cook their own food sometimes. But many don’t know how to, or don’t have time to slave in the kitchen for hours. So on Tuesday, Munchery will debut a handful of do-it-yourself meal kits.

“When we talk to customers and we say, ‘Hey, on the nights that you don’t order Munchery or any take-out at all, what do you do?’ 75% of them say ‘I’m cooking,’” Munchery co-founder and CEO Tri Tran tells Fortune.

For the first round of kits, Munchery has partnered with The Slanted Door, a well-known upscale Vietnamese restaurant in San Francisco founded by chef Charles Phan, who moved to the city as a teenager. Unbeknownst to most San Franciscans, the restaurants has already been selling kits based on some of its well-known dishes at its Ferry Building location. When Munchery began to toy with the idea of meal kits, Phan was a natural first partner, Munchery chief customer experience officer Pascal Rigo, who founded Starbucks-owned bakery chain La Boulange, tells Fortune.

“Fortunately for me, they didn’t call me last, they called me first,” Phan says. “We’re moving on the same plane,” he added of the two companies’ common idea of selling kits. To Phan, the Munchery partnership is also a way to get his food to more people, especially those who can’t come to his restaurant.

The first lineup of meal kit options includes five Slanted Door-inspired dishes, along with two dessert options based on La Boulange’s own recipes. The kits are priced between $18 and $24, depending on the dish, and contain two portions.

Though meal delivery startups like Munchery, Caviar, Sprig, Postmates, and Doordash, to name a few, have dominated the conversation around hassle-free food delivery, meal kits have also begun to garner attention. Companies like Blue Apron, Plated, and HelloFresh are selling the promise of all the upsides of cooking from scratch, minus the hassles of coming up with recipes and shopping for ingredients. They ship to customers boxes with recipes and all the ingredients, in the right amounts, needed to prepare them.

While Munchery’s kits aim to ease these same inconveniences, there are a few small differences. For one, there’s no subscription obligation involved. Unlike companies like Blue Apron and Plated, which in fairness do let customers skip scheduled deliveries whenever they want, Munchery’s kits are ordered on an individual basis. They can combine them with Munchery’s prepared food, such as ordering a kit for the main dish and fully prepared sides, for example. Right now, San Francisco customers can order kits with as little as a 30-minute notice, while customers in the company’s other markets—Seattle, Los Angeles, and New York City—have to order by 2 p.m. for same-day delivery. Delivery fees are the same as for Munchery’s prepared meals: $4.50 for a short-notice delivery, and $2.95 for pre-scheduled deliveries.

Another difference, is that the ingredients in Munchery’s kits are a bit more prepared than those from Blue Apron or Plated. The Shaking Beef kit contained pre-cooked rice, and the beef and vegetables were already chopped. The cake in the chocolate fondant recipe was already baked and the strawberry syrup pre-made. If anything, they more closely resemble those of startup Din, formerly called Forage, which also ships easy-to-assemble recipes inspired by restaurants like San Francisco’s Tacolicious. The approach also reminds me of my own grocery shopping, which often involves buying partially prepared or frozen items I can quickly combine with fresh meat or veggies—not exactly cooking from scratch.

But that might just be the first step to cooking some of Munchery’s customers need. To Rigo, these kits could be the boost of confidence they need to start exploring cooking.

For more on food delivery, watch this Fortune video: