Focus on egg donors’ health—not what they get paid 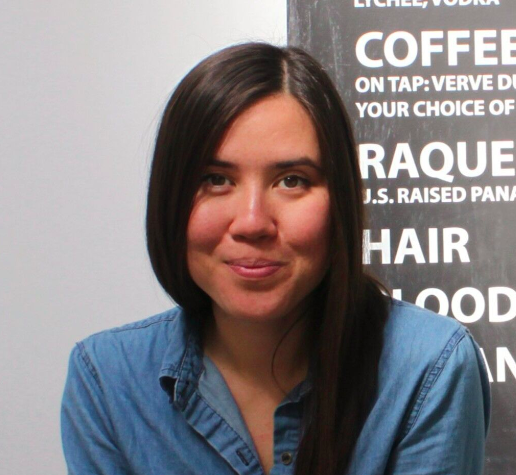 A few years ago, I stumbled upon a Craigslist ad offering up to $10,000 in exchange for human eggs. I responded.

Sitting across from the owner of the egg donor agency in Mill Valley, California—where the walls were lined with binders casually labeled “blonde,” “brunette,” and “Asian”—I asked the egg broker about the $10,000. You know, for my eggs.

“Let’s be clear: you are not selling your eggs. You are donating them,” she said, raising her eyebrows. “The money is an honorarium—for your time and effort.”

The contradiction didn’t escape me: This was the same woman who wrote the “EARN THOUSANDS FOR HELPING OTHERS” ad on Craigslist. Yet she, like many other fertility industry workers, was quick to chide egg donors for discussing money as a motivating factor. The subtext was clear: The $7,000 payment I was offered was non-negotiable.

A lot has changed since that day in 2011. This year, two groundbreaking court cases may bring transparency to the opaque $80 million egg donation market.

Back in January, the U.S. Tax Court weighed in on a case brought forward by Nichelle Perez, an egg donor who argued that the $20,000 she received for her egg donations should be excluded her gross income and exempted from taxes owed. The outcome? Perez lost. Her egg donation payments were deemed taxable income.

When I was told that payment should not exceed $10,000, the egg broker cited the American Society for Reproductive Medicine (ASRM). The ASRM has issued guidelines stating that paying an egg donor more than $10,000 is “beyond what is appropriate” and paying $5,000 or more requires “justification.” While payments up to six figures aren’t unheard of, the guideline has been widely followed by the fertility industry.

The ASRM and its sister organization, the Society for Assisted Reproductive Technology (SART), are now being sued by egg donors in a federal class action lawsuit that alleges illegal price-fixing agreement in violation of United States antitrust laws.

I’m in support of this lawsuit, partly because the wishes of egg donors have been ignored for a very long time. But I believe the focus on how much women are paid misses the real issue: Unlike the United Kingdom or Australia—where compensation for “donated” eggs is illegal—the American egg donation industry is a profit-driven, unregulated open market where the health considerations of egg donors are generally an afterthought.

Some thirty years after egg donation began, there have been zero studies on the long-term health outcomes. And short-term risks are inadequately—and inconsistently—medically addressed, let alone documented.

After my eggs were surgically harvested—thirty, in all—my ovaries swelled from the size of walnuts to grapefruits. I couldn’t get out of bed for eleven days. I had been told that only 1% of egg donors experience Ovarian Hyperstimulation Syndrome (OHSS). However, I later learned that no regulations mandate the oversight or treatment of short-term health risks, so no one really knows of how often OHSS occurs.

I’ve since co-founded an advocacy group called We Are Egg Donors, which has provided a safe platform for conversations among current and former egg donors around the world. High-demand egg donors are invited to donate repeatedly, sometimes 10 times or more, sometimes more than four times in a year. Egg donors are encouraged to consent to arrangements where multiple recipients line up to share eggs from a single cycle. But higher egg production rates exacerbate risks.

“The clinics and egg brokers are normalizing shared cycles because it earns them cash,” Miriam Zoll, the author of Cracked Open: Liberty, Fertility, and the Pursuit of High Tech Babies told me. “If you really stop and think about it, ‘sharing’ eggs is a strange concept and yet when your doctors and nurses say it’s okay, don’t worry, no problem, everyone is doing it, you may just believe them.”

My book, The Baby Farmers, investigates the professionalization of egg donation through hundreds of interviews with women around the world who have donated-slash-sold their eggs.

When you’re broke, it isn’t easy to turn down $10,000. As journalist Scott Carney said in his book, The Red Market, body parts tend to move up, not down, the social ladder. Economic inducement is a legitimate concern—one that should be confronted with meaningful, regulatory measures. As a society, we can’t pretend to address it through unenforceable so-called “guidelines” issued by the ASRM that are more concerned about the guise of self-regulation than actual regulation. Egg donors need more agency, advocacy, and health initiatives that prioritize our health, but more money doesn’t necessarily equate to empowerment.

“Yeah, you have to have tough skin to get into this,” said a recent Ivy League graduate who reluctantly turned down a $30,000 offer on her eggs because her boyfriend disapproved (her name has been withheld at her request). I asked her how she felt about egg donors who are asked to lower their asking price.

“How do I feel about it? Don’t apply if you don’t have tough skin I guess. It’s harsh and very natural that people put monetary value on certain traits….You have to know that you’re going to be judged, you might not like what you hear. It’s harsh but it’s the reality.”

Raquel Cool is an artist, advocate, and author of The Baby Farmers — a book about money, eggs, and the profitable world of commercial baby-making. Excerpts in this article originally appear in The Baby Farmers. She is also a founding member of We Are Egg Donors.