Asia is now the top destination for corporate R&D spending 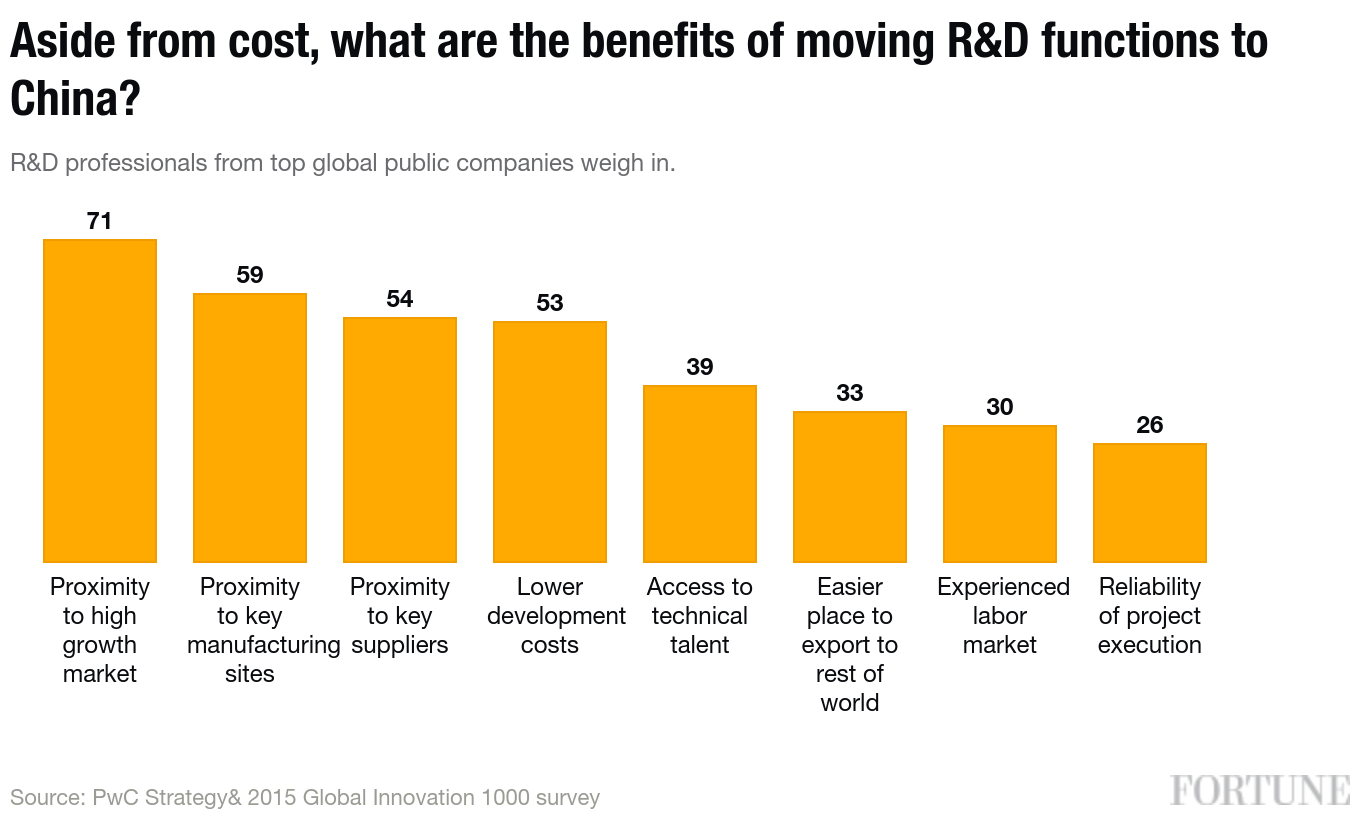 PricewaterhouseCoopers is gearing up to release this year’s Strategy& Global Innovation Study tomorrow, and it’s chock full of interesting data about how the world’s public corporations are spending money on the future.

According to the study, which looks at the 1,000 global public companies that spent the most on R&D in the last fiscal year, we’re well on our way toward an “Asian Century,” as Fortune editor Alan Murray alluded to earlier this month in his CEO Daily newsletter. Asia has become the top regional destination for corporate R&D spending in 2015, according to PwC, with $166 billion or about 35% of the total. In second place is North America with $157 billion or 33%; in third is Europe with $133 billion or 28%.

The important point here is that these roles were reversed not long ago. In 2008, Europe topped the world in R&D spending and Asia took the bronze.

Why such a good showing by Asia? Strong imports and domestic R&D spending. China, for example, increased R&D spending in its region by 79% between 2007 and 2015 and is closing in on the U.S. as the largest single destination for what PwC calls “imported R&D.” (India recorded an even more impressive increase of 116% in that eight-year span.) Europe meanwhile is sucking wind (relatively speaking) in part because France and Germany are shifting spending to so-called exported R&D.

But don’t count the United States out; far from it. American corporations spent $145 billion in 2015, up 34% since the pre-bust days of 2007. “While the U.S. lead may be tapering, it still remains the biggest global market,” PwC writes, “and despite its high cost of labor, it offers a more agile and sophisticated workforce.”

There are plenty more interesting tidbits in the study.

One: R&D spending as a percent of revenue spiked to 3.7% this year; that’s up from 3.5% in 2014, owing to falling revenues across the largest public companies. (Why? Because companies don’t typically give up on innovation when revenues take a cyclical hit.)

And finally: Apple managed to preserve its top ranking as the “most innovative company,” a spot it has held since 2010. (Google has been No. 2 for just as long). But the new number three? Why that would be Elon Musk’s Tesla Motors, which didn’t even appear on the list until 2013.