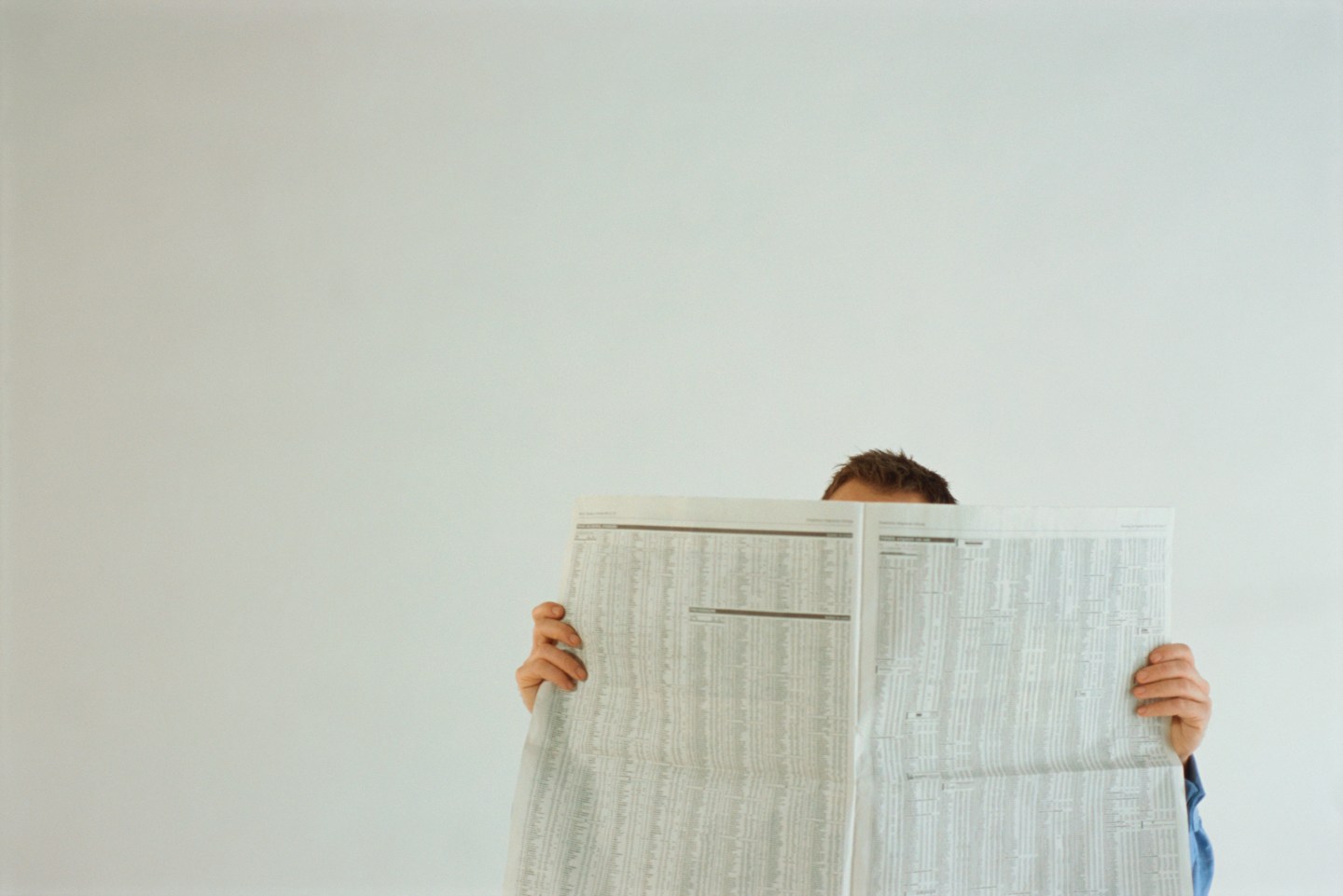 According to a new study from Weber Shandwick, 48% of male executives say the media is “too focused on equality for women, and neglects men’s career issues.” Not surprisingly, women were less convinced that men are getting the short end of the stick, with 39% agreeing with their male counterparts.

While it seems fair to say that the media focus on women’s equality at work has ramped up in recent years, the idea that women are shoving men out of the headlines seems farfetched. Indeed, a recent study by researchers from McGill University and Stony Brook University found that male names outnumber female names five-to-one in the media.

But the perception of a growing focus on women’s work issues does seem to reaching corporate America—and perhaps even influencing change. Weber Shandwick reports that two-thirds of executives say there’s increased public attention on bringing companies’ leadership to gender parity. Of these, 59% credit the media for bringing focus to this issue.

“Any movement begins with consciousness raising,” says Gail Heimann, president of Weber Shandwick, noting that the media also functions to “shine a light” on individual companies that are leading the way (or in some cases, lagging behind) on gender equity.

Men (61%) are more likely to credit—or blame—the media for this shift than women are (51%). Female respondents, on the other hand, tend to give the credit to women themselves, with 60% citing the “growing influence of women” as the reason people are paying more attention to gender issues.

Among the other interesting takeaways in Weber Shandwick’s wide-ranging study:

Women—including those with kids—want C-level jobs more than men do.

The study found that 56% of men who do not have a c-level job say they are “very interested” in attaining one. For women, that percentage shoots up to 76%. But here’s the big news: When they just polled women with children, a full 79% said they wanted a c-level job. (The researchers do warn that their sample size for this last group was relatively small.)

Heimann attributes this ambition differential to the heightened media attention—and to the fact that women know they have to be ambitious if they want to beat the odds. “Male executives may be able to be a little more nonchalant,” she says.

Millennials are hopeful about the prospects of parity in the c-suite.

Millennials are the cohort most likely to say that gender equality at their own employers is important (76%). They are also the most optimistic on parity: 84% of Millennials polled said they believe most big companies will reach gender equity in the c-suite by 2030, compared to 74% of Gen Xers and 66% of Boomers.

Men and women disagree about the forces most likely to bring about change.

When asked about what is most likely to be the “tipping point”—the thing that actually forces companies to move on gender equality—men were most likely (47%) to cite pressure from stakeholders, such as board members or stockholders. Women, on the other hand, appear to lean toward a more concrete solution, with 55% reporting that they think laws mandating equal pay will make the difference.

“From a woman’s point of view, equal pay is the epicenter,” says Heimann.