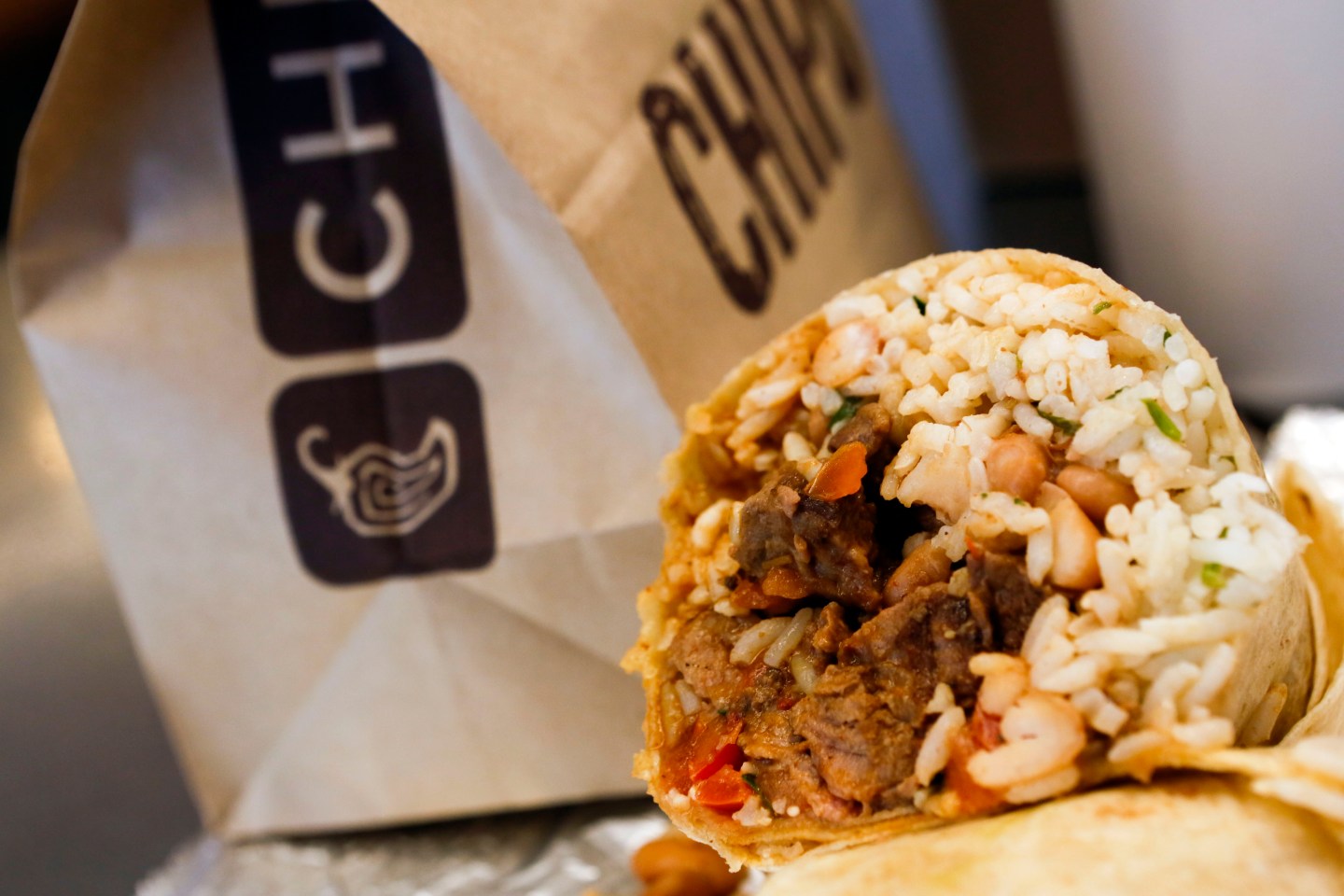 What a comedown for one of Wall Street’s darlings.

Chipotle Mexican Grill, (CMG) this week reported tepid comparable-sales growth for the third quarter, despite the return of carnitas at many stores after a shortage. And the burrito chain said things might not get much better in 2016, scaring investors and sending shares down 6.5%.

The restaurant’s comparable sales (a metric that strips out the effect of new stores) rose 2.6% last quarter, a big drop-off from the 19.8% rate during the same quarter last year, and customer traffic trends have been “choppy” in October. With investors used to double-digit percentage growth quarter in, quarter out, the tepid numbers have created a nagging sense that the turbo-charged portion of Chipotle’s ascendance is over.

But Chipotle has just the remedy to get back on track: building up its catering business and mobile ordering capabilities.

Almost all of Chipotle’s 1,900 restaurants are equipped with a second production line dedicated to what it calls its “out-of-store” business, its term for catering. The second line is a more compact version of what customers see in front.

Co-CEO Monty Moran told analysts on a conference call that the average Chipotle is getting $500 a day from that side of the business and that there is plenty of room to grow. (That comes to $182,500 a year, or 7% of the $2.5 million the average Chipotle restaurant rakes in a year.)

At some locations, the second line is so productive that Moran likened it to “a second restaurant within the restaurant.” And the more it’s used, the less congested the front line will be, improving customer service and easing the notoriously long lines at some Chipotle restaurants. (Moran said that the company will be working “on instilling” a sense of urgency to speed up lunchtime service.)

But to get the most of this, Chipotle has to tackle the issue of delivering catering orders, which are often intended to serve as many as 200 people.

“Setting up delivery for catering is not a simple task,” said Mark Crumpacker, Chipotle’s chief creative and development officer. “That’s a lot of food to be delivered hot, fresh and delicious in a way that meets our high standards.”

Chipotle is looking at potential delivery partners and hopes to start testing the service by the end of next year. For now, Chipotle has not pushed catering, which it rolled out nationwide two years ago with the notable exception of New York, as hard as it could because it needs a robust online platform to facilitate order taking and payment.

This brings us to the next area of Chipotle’s growth plan: more mobile and online sales. Digital sales make up 5% of total sales (expected by analysts to hit $4.7 billion in 2015) and rose 40% last year.

Offering strong mobile ordering is crucial, as two-thirds of Chipotle’s food is eaten off premises but only 7% of orders are placed outside the restaurant. Last week, Chipotle hired its first ever chief information officer to achieve these goals, luring away an executive from Starbucks (SBUX), a retailer that has just begun to offer mobile ordering with early success.

But Chipotle executives acknowledged, “we can make the whole process more efficient.”

“We don’t want somebody to make a mobile order and go in and have a degraded experience,” said founder and co-CEO Steve Ells.

That’s not to say Chipotle is dropping its expansion plans—it expects to have opened as many as 225 new stores in 2015 and has plans to open up to 235 new restaurants next year.