What Microsoft can learn from Apple at retail 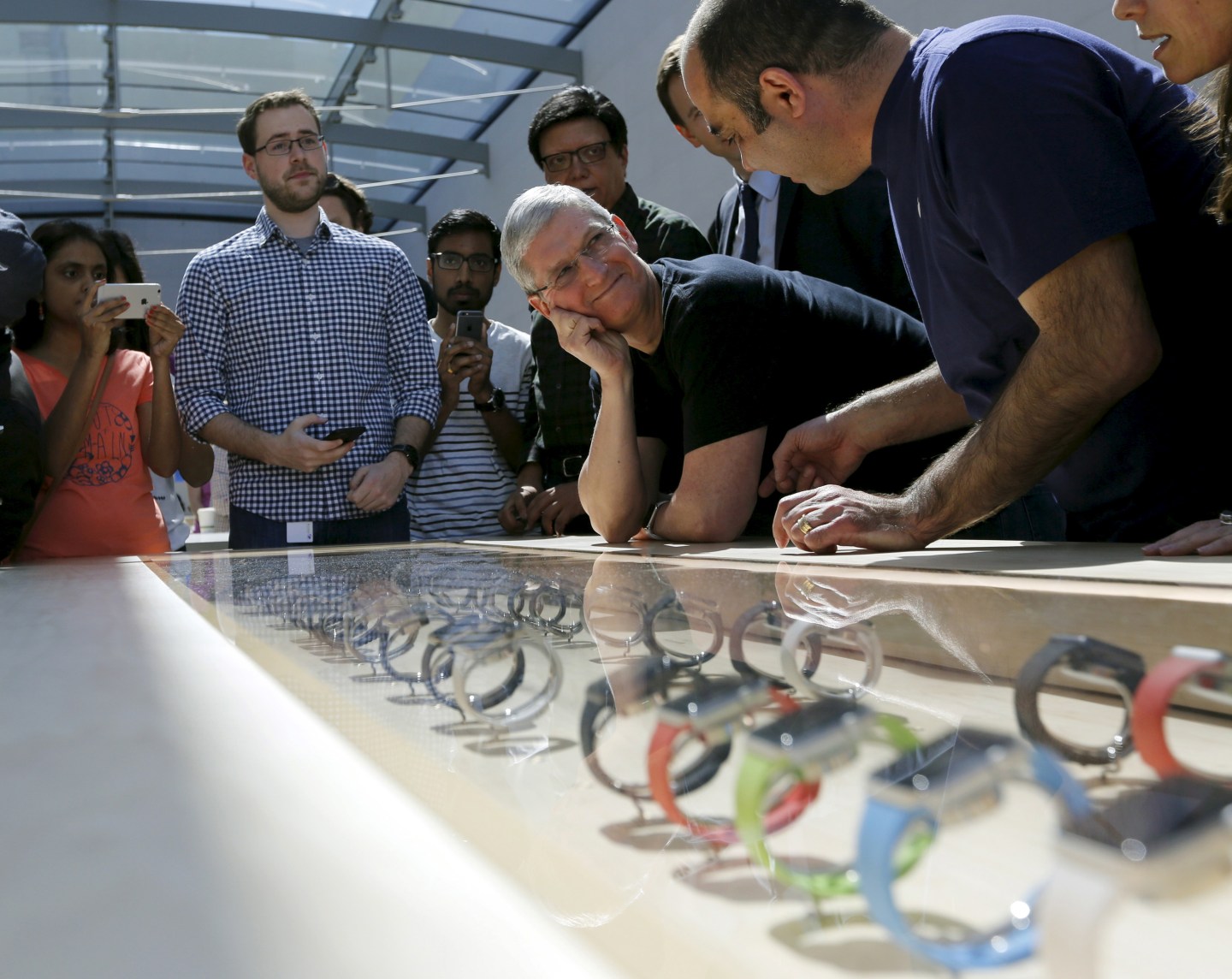 Apple CEO Tim Cook looks over a selection of Apple Watches in Palo Alto, California April 10, 2015. Customers flocked to Apple Inc's stores around the world on Friday to get their first close-up look at the company's smartwatch, while online orders were backlogged until June. The Apple Watch, Cook's first new major product and the company's first foray into the personal luxury goods market, was available for preorder online and to try out in stores by appointment, but not to take home. REUTERS/Robert Galbraith TPX IMAGES OF THE DAY - RTR4WUS5
Photograph by Robert Galbraith — Reuters

When Microsoft’s flagship store in New York City opens later this month, it may need to take some cues from Apple to be successful.

Microsoft (MSFT) will open its first flagship store on Fifth Avenue in New York on Monday, Oct. 26. The store, which has been in development for several years, spans five floors and is over 22,000 square feet. Microsoft says that it will be “a premier venue to learn about, experience and shop for the products and services from Microsoft and our partners. “The stores will feature a range of Microsoft and PC vendor products, as well as an Answer Desk for in-store tech support. There will also be a Community Theater to learn about new products and “immersive video walls throughout” the store.

Microsoft is no stranger to retail. In fact, the company now has 66 retail stores across several countries. The New York location, however, is the company’s first flagship store designed to showcase everything the Microsoft world has to offer. It may also be one of the most important ways for Microsoft to connect with customers.

“With PC sales and big box retailers who sell PCs both shrinking, it is imperative that there be a means for Microsoft to connect with consumers, particularly as they move into new categories, such as 2-in-1 devices, and continue to innovate in existing ones,” says Piper Jaffray analyst Gene Munster. “I think company-owned retail stores are a way to showcase new products and add a physical presence that improves the ability of consumers to connect with the company.”

Arguably no company has been better at connecting with customers through retail than Apple (AAPL). As the tech giant has expanded its retail presence around the world to more than 460 stores, it has become the gold standard for how retail should look and act. Apple’s stores are unique in their design, open to consumers who want to try out products without being pushed to buy, and staffed with knowledgeable employees.

That combination has helped Apple become the world’s most successful retailer. In March, research firm eMarketer revealed that at the end of 2014, Apple was generating $4,798.82 per square foot of space in its stores. Its closest competitor, luxury jeweler Tiffany & Co. (TIF), could only muster $3,132.20 per square foot.

The secret sauce that goes into Apple products is something Microsoft must learn from, experts say. Wurmser, for instance, says Microsoft must learn from Apple that its “retail strategy needs to align with the product strategy.” IDC program vice president Tom Mainelli says success in Microsoft’s flagship stores will mean borrowing from Apple the concept of making stores “inviting and uncluttered.” He added that delivering “a great experience” is more important than focusing on driving sales. Munster believes Microsoft could benefit from taking Apple’s ideas of “in-store tech support, a host for check-in, online reservations, and workshops” to be successful.

“Highlight your most unique products in the store,” Munster suggests, referring to Apple’s own efforts in that regard. “Make it clear what’s top of mind.”

Learning from Apple and not relying on traditional retail methods to sell technology is critical, experts say. Apple has found a way to make technology retail compelling and its sales have subsequently skyrocketed. Traditional consumer electronics stores, however, are in a much different spot.

Microsoft may realize that, Gownder says, and is charting its own course to take control over how people view its products and its brand. He argues that Microsoft’s current stores, which don’t offer the same “flagship” experience, have taught the company much of what it needs to know about retail and customers. The collection of that data on what customers want and how they view the retail experience will ultimately help the company’s flagship stores, Gownder says.

“Microsoft has expanded its Microsoft Stores slowly and intentionally over the past few years,” he says. “The New York City flagship is a natural extension of that strategy, and the years of retail experience gained will make it much more successful than it would have been if it came out of the blue.”

Gownder isn’t alone in believing that Microsoft’s flagship store effort will prove successful. While the company is investing untold amounts of cash in a Fifth Avenue store (as well as another flagship in Australia that’s slated to open next month), many experts say the chances of Microsoft succeeding in delivering a high-end flagship experience to help its company’s prospects are high.

“Ultimately, I think it’s about creating more brand affinity for Microsoft products,” Mainelli says. “I think the stores have been, and will continue to be, successful at that.”

Katherine Egbert, another analyst at Piper Jaffray, put a finer point on predictions for Microsoft’s flagship store success. When asked if the company would be successful, her answer was concise and to the point: “Yes.”