What it’s like to be young, gender neutral and in the job market 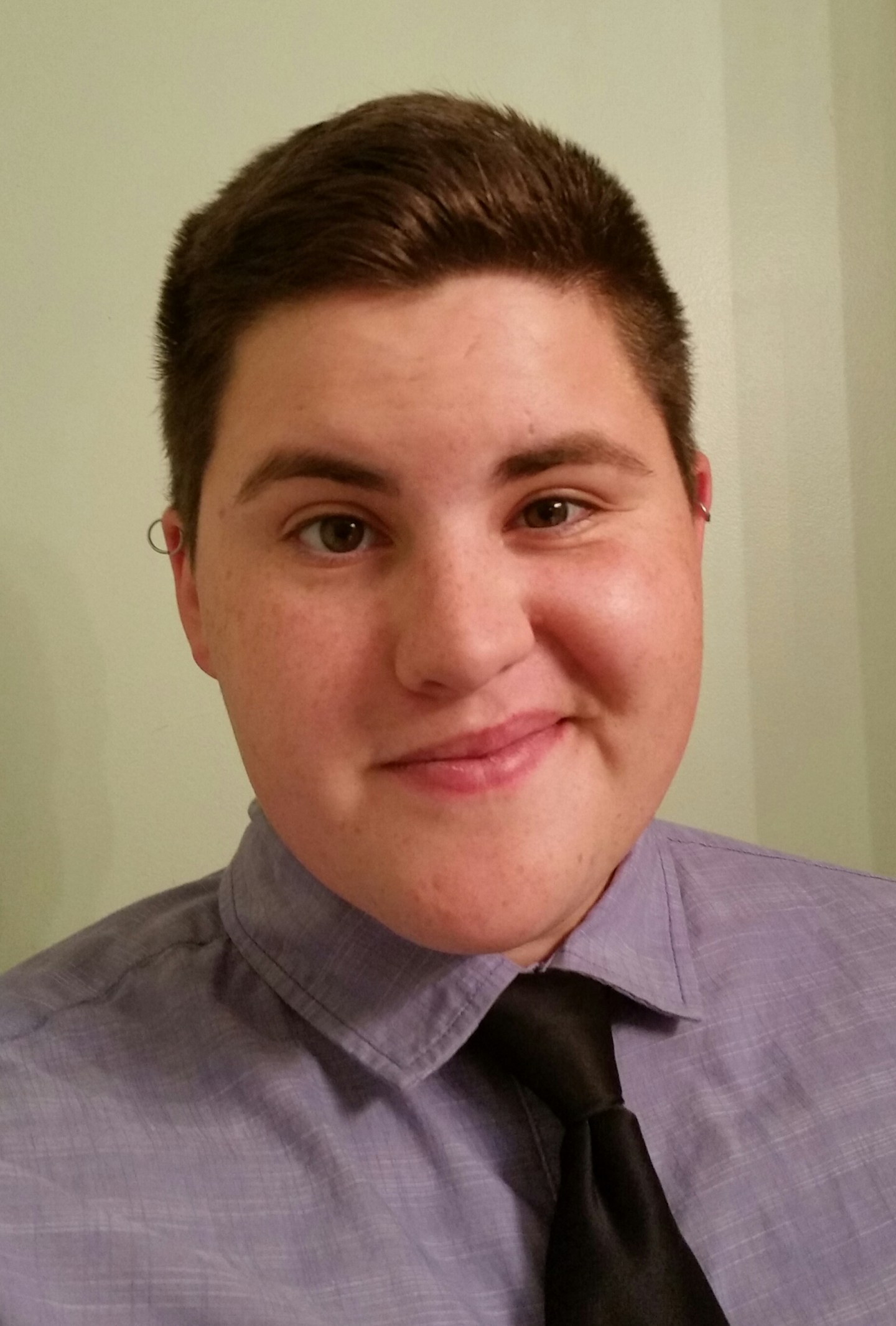 Unlike most aspiring lawyers, Sarah Scott isn’t so worried about taking the LSATs or getting into law school or even about what kind of law she wants to practice. Instead, the 24-year-old Missouri Southern State University senior is most concerned about what Scott will need to wear in the courtroom.

Scott is one of a growing number of young people who consider themselves “gender fluid,” “non binary” or gender neutral—meaning they don’t identify as either male or female or will switch back and forth between identifying as male or female.

“I don’t want to pick a gender. I don’t identify as a man or as a woman. Just as a person in between,” Scott says.

While some retailers have been openly courting the gender neutral market and many elite colleges have embraced “gender neutral” bathrooms, how many employers are ready for gender fluid workers?

To get an idea of how human resource professionals are managing gender neutral employees, Fortune reached out to a few big HR firms. None responded. Jonathan D. Lovitz, vice president of external affairs at the National Gay & Lesbian Chamber of Commerce (NGLCC), says this area is a new frontier for employers. “These are conversations people weren’t even having five years ago,” he said.

Two-thirds of Fortune 500 companies have implemented non-discrimination policy on gender identity, up from 3% in 2002. But there is no federal law prohibiting discrimination on the basis of sexual orientation or gender identity; in 28 states, there are no legal protections, which means workers can be fired for being gay, transgender or gender neutral. Missouri is one of those 28 states.

In 2011, The National Center for Transgender Equality and The National Gay and Lesbian Task Force surveyed 6,450 transgender and gender neutral people, and found that 90% reported experiencing “harassment, mistreatment or discrimination on the job or took actions like hiding who they are to avoid it.”

Fortune reached out to several recent college graduates who identify as gender fluid in order to find out about their job hunting experiences. Most told Fortune that they were seeking jobs at LGBT advocacy groups or fields, such as the arts, which are known for being LGBT-friendly.

“Job hunting is always hard, but for people who are members of marginalized groups, job hunting can be even worse,” said Cassidy Madison, a Goucher College student who identifies as genderqueer, nonbinary, and uses the pronoun “they.” “I fear I and many other people may have to hide an essential part of who we are—our genders—in order to find jobs.”

People who see themselves as gender fluid say they choose pronouns based on their preferred gender expression. This means chosen pronouns can be different for each person as some may feel more male on one day and more female on another or not feel association with either. Scott prefers the pronouns “she” or “they;” she told Fortune she finds professional clothing choices limiting because outfits tend to be “binary-gendered”—overtly male or female. A

As a college student, Scott’s choices have been mostly accepted. But in the workplace, it’s been a different matter.

It was only five years ago that Scott started dressing in clothing considered unisex or androgynous while working as a firefighter in Joplin, Missouri. Prior to this transition, Scott said she dressed more as a “tomboy” and male colleagues considered Scott as “one of the girls.” As Scott’s appearance became more “masculine” with men’s clothing and “incredibly short hair,” she said she felt colleagues’ attitude turned frosty.

No longer comfortable at work, she decided to leave. Scott was not prepared for the six months of unemployment that would follow. “It was really discouraging,” Scott said, remembering the frustrations of applying for at least three jobs every week. Most times, Scott got called in for an interview, but every time Scott walked in the door, Scott felt that interviewers were uncomfortable. “They were uncomfortable that I was in the building, let alone comfortable with the idea that they might have to work with me,” she said.

According to Scott, some were quite blunt. “We don’t need help that bad,” an employee at a medical clinic told Scott. “You’re not the kind of help we’re looking for,” another said.

During one humiliating incident, Scott was redirected by a receptionist to the men’s bathroom after Scott tried to enter the women’s facilities. “It’s almost a dead giveaway that you might as well not waste your time in the interview if they have to redirect you toward the men’s bathroom and you to have to turn around and tell them, ‘I know what my parts are. I know which bathroom I’m supposed to be using, but thanks for your concern.’”

Scott’s experience is why many advocates consider gender neutral bathroom options vital.
“It may sound trivial, but traditionally the restrooms are the one place where you are put in a box–male or female,” cautioned Chris Edwards, an advertising creative director who transitioned in 1995, undergoing 28 medical procedures while working at Boston-based ad agency Arnold Worldwide. “This situation can be uncomfortable for both transgender employees and their coworkers.”

“Providing the option of a gender-neutral bathroom so you don’t have to choose creates a more
comfortable environment for everybody,” said Edwards, who
wrote a revealing article in Adweek about his experience. “If you can offer a safe space where someone can just go in and not worry about it or care it can really make a big difference.”

Jen Jack Gieseking, an assistant professor of Public Humanities at Trinity College who identifies as transgender, lesbian and queer, calls the bathroom a
“space that trans people talk about as being the most intense space of fear.”

As for Scott, she says these days she is grateful for a part-time job at a nonprofit helping homeless children. “I’ve found that kids are the easiest in the world to work with because they’ll go back and forth on pronouns and they don’t care what they call you and they don’t care what you look like as long as you’re taking care of them,” Scott said. “Adults don’t seem to get that. I’ve tried explaining this to my parents a lot.”

But when Scott graduates from law school, Scott will be looking for work outside of southwestern Missouri to an area that “is a little more progressive-minded.” Adds Scott, “I want to be judged by my work, not what I wear.”