Transgender is yesterday’s news: How companies are grappling with the ‘no gender’ society 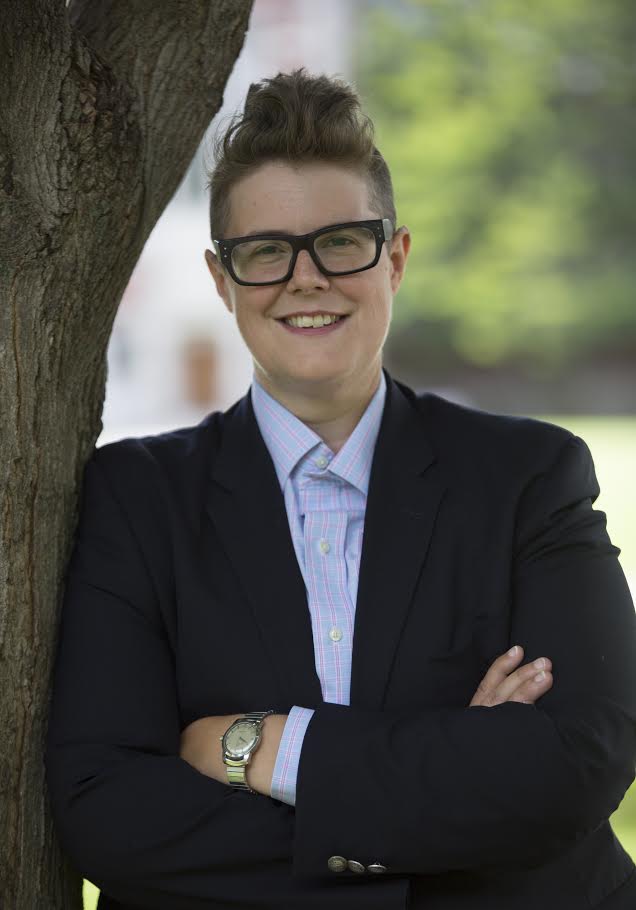 With Bruce Jenner’s transition to Caitlyn, transgender issues have become front and center in the mainstream cultural conversation. But among many young people, there is a much bigger conversation going on about gender. The whole notion of “binary” — female and male — gender norms is being seen as limiting, and unnecessary.

At elite liberal arts colleges like Vassar and Wesleyan, students have earnest conversations about gender being a “social construct,” and bathrooms are “gender neutral,” not co-ed. Some young people are defining their identity as “gender fluid” – as have “Orange is the New Black” star Ruby Rose and pop singer Miley Cyrus. (People who are gender fluid may feel their gender identity is neither male nor female or switches back and forth between male and female.) The University of Vermont validated a third, gender neutral option and allows students to choose a new first name, regardless if the name has been legally changed, and chosen pronoun. (People who do not identify as male or female prefer the pronoun “they,” rather than “he” or “she.” )

A 2013 report from Intelligence Group, a consumer insights and strategy firm, found that 60% of people between the ages of 14 and 34 think gender lines are blurred and nearly two-thirds say it’s their generation that’s pushing those boundaries. MTV’s head of programming Colin Nash gets the dialogue, telling Variety: “Gender neutral is kind of the new thing…Trans almost feels like a couple years behind for our audience.”

From a business perspective, it’s becoming more obvious that companies that want to reach teenage and Millennial consumers (and talent) have to show they “get it.” Facebook made it official last February when it told the world that limiting binary-gendered options is a thing of the past and added a third option to its standard male and female ones: custom. From a drop-down menu, users can select from 58 different identities, including agender, androgyne, gender fluid, trans female, trans male, trans person, cisgender, and two-spirit. (Each term refers to a subtle variation of gender and sexual identity and expression.) For users who don’t fit into the 58 pre-populated list of gender identities, Facebook offers a 59th option: “fill in the blank.”

Four months after expanding its gender list in the U.S., the social media giant unrolled 70 custom gender options for its U.K. users, including intersex man, intersex woman, and asexual as well as allow users to choose either a female, male, or gender neutral pronouns.

Cassidy Madison was one of the many who immediately changed gender and personal pronoun when Facebook made its changes. “I was so excited about that,” said Madison, a 20-year-old college student at Goucher College in Maryland who identifies as genderqueer, nonbinary, and uses the pronoun ‘they.” Genderqueer is commonly defined as neither man nor woman, possibly in between the two or a totally separate gender altogether. “It makes me feel finally like my identity is being validated by someone other than myself. We live in a culture that says that you’re a boy or a girl or a man or a woman and there’s nothing else in-between.”

“People treat non binary people like they’re just burdens and to see a company saying basically we care about you and your well-being, that your identity is valid and we support you, that’s incredible,” continued Madison. “Even from just a marketing sense, it sets your business apart from other businesses.”

What other companies get it? Retailer Barneys New York showed it did when it became one of the first to embrace the transgender community by featuring trans fashion models in its eight-page spread for Spring 2014. Redken Fifth Avenue NYC did when it starred transgender model Lea T in its latest campaign. Skincare line Clean & Clear did when it made trans teen Jazz Jennings a spokesperson for its brand this year. Menswear brand Ace Rivington did when it featured androgynous model Rain Dove wearing boxer briefs while going topless.

The U.K. did when it added the gender neutral title, Mx (which was also recently added to Oxford English Dictionary alongside the standard choices of Miss, Ms., Mrs., or Mr.) to many of its government forms and banks.

Currently, only 1 percent of OkCupid’s 10 million members worldwide are using the company’s expanded gender and orientation options. This number does not include users who identify as gay, lesbian, and bisexual, but only those using the expanded genders and orientations options. Out of those who do, nearly 9 percent identified as non-binary and 8.5 percent identified as genderqueer, said Jimena Almendares, Chief Product Officer at OkCupid.

Much of the inspiration for the company’s growing lists come from the 20 percent of the employees who identify as non-straight or non-binary, says Almendares, because they get it. Making a successful romantic match is tough, but when you add people with non-binary genders, that adds another layer of complexity. So, OkCupid expanded gender and sexual orientations options give its matchmakers a better chance to successfully match users with partners.

For users who identify as non-binary, OkCupid offers an option to hide these profiles from straight users on the site. In March 2014, the site aligned itself with the LGBTQ community when it briefly blocked users from accessing the site through the Mozilla Firefox Web browser after allegations surfaced that Mozilla CEO Brendan Eich’s donated to a campaign supporting California’s Proposition 8, which temporarily put gay and lesbian marriages in the state on hold.

Additionally, OkCupid launched OkCupid.com/identity in time for the start of NYC Pride festivities on June 23. The new site includes definitions of all gender and identity tags used by OkCupid and definitions from the dictionary and users. “To create the site, we reached out to [OkCupid users] to ask them what the terms meant to them and how would they best describe them,” said Almendares. “We hope this initiative will not only be educational, but also eye-opening.”

With more young people refusing to be put in the binary-gendered box, more companies may follow suit, especially if they want to reach young consumers. The expanded ideas about gender identities are not a passing fad, says Jen Jack Gieseking, who identifies as transgender, lesbian, queer and goes by the pronoun “s/he.”

“The shifts we see happening around gender and gender identities are the opposite of a fad,” said Gieseking, who recently accepted a position at Trinity College as assistant professor of Public Humanities. “If we look back through history, we can see gender non-conforming people. What is happening today is a profound change in society, both for individual and group understanding, and a recognition of a persistent element of the human condition.”