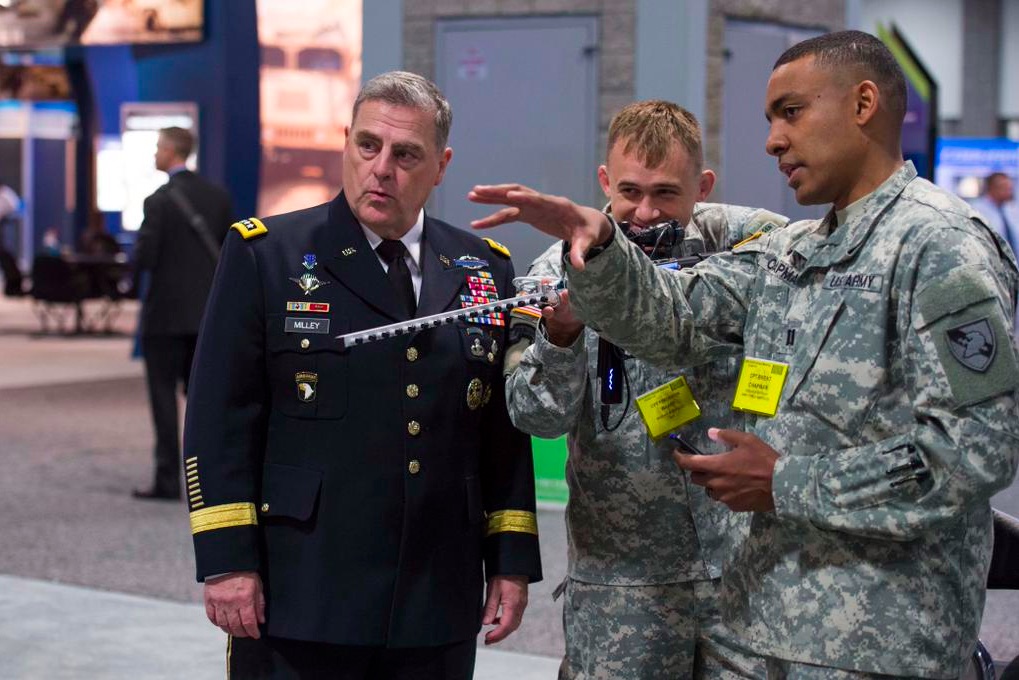 Image courtesy of the U.S. Army.

Looks like the U.S. armed forces have a few makers in their barracks who love playing with Raspberry Pis and soldering guns. The ​Army Cyber Institute at West Point ​has shown off a device the size of a rifle that can shoot a Parrot AR Quadcopter down from the sky by using an exploit created to hijack those particular drones.

The “gun” uses a Raspberry Pi, which is a Linux-based computer beloved by makers that you can buy for about $35, and a Wi-Fi antenna. The entire “gun” cost about $150 to make and took 10 hours. It’s shaped like a gun so Army brass understands what it’s used for, but it could easily be popped on a drone or just stuck in a box.

The more interesting idea here is that the armed forces are encouraging soldiers to get involved in building electronics and thinking about bringing together engineering and software to make equipment that may not fit traditional ideas of what constitutes a weapon. Popular Mechanics interviewed Captain Brent Chapman, the gun’s creator and a Research Scientist at the Army Cyber Institute, explained that the Army calls this “tactical making, or expeditionary making.”

In the future, when targets are guarded by drones and bunkers are vulnerable to exploits, soldiers could easily cobble together practical cyberweapons that cater to their specific needs on the spot, without having to radio back to home base for equipment. ” If the Army supports and funds the ability for that infantry platoon leader on the ground to rapidly fabricate a solution with his organic elements (in this case, the “cyber capability rifle”), then we can save lots of time and money,” Chapman says.

This is a powerful response to the future of warfare when targets are likely to be controlled by software and deliver death via drone strike, an infrastructure attack, or something less obvious than the barrel of a gun. However, it does mean that as our wars, our police, and our government start hacking an informed citizenry should also have the same set of tools and knowledge, lest they lose their ability to protect their own rights to privacy and due process.