The real reason Playboy is getting rid of nude pics 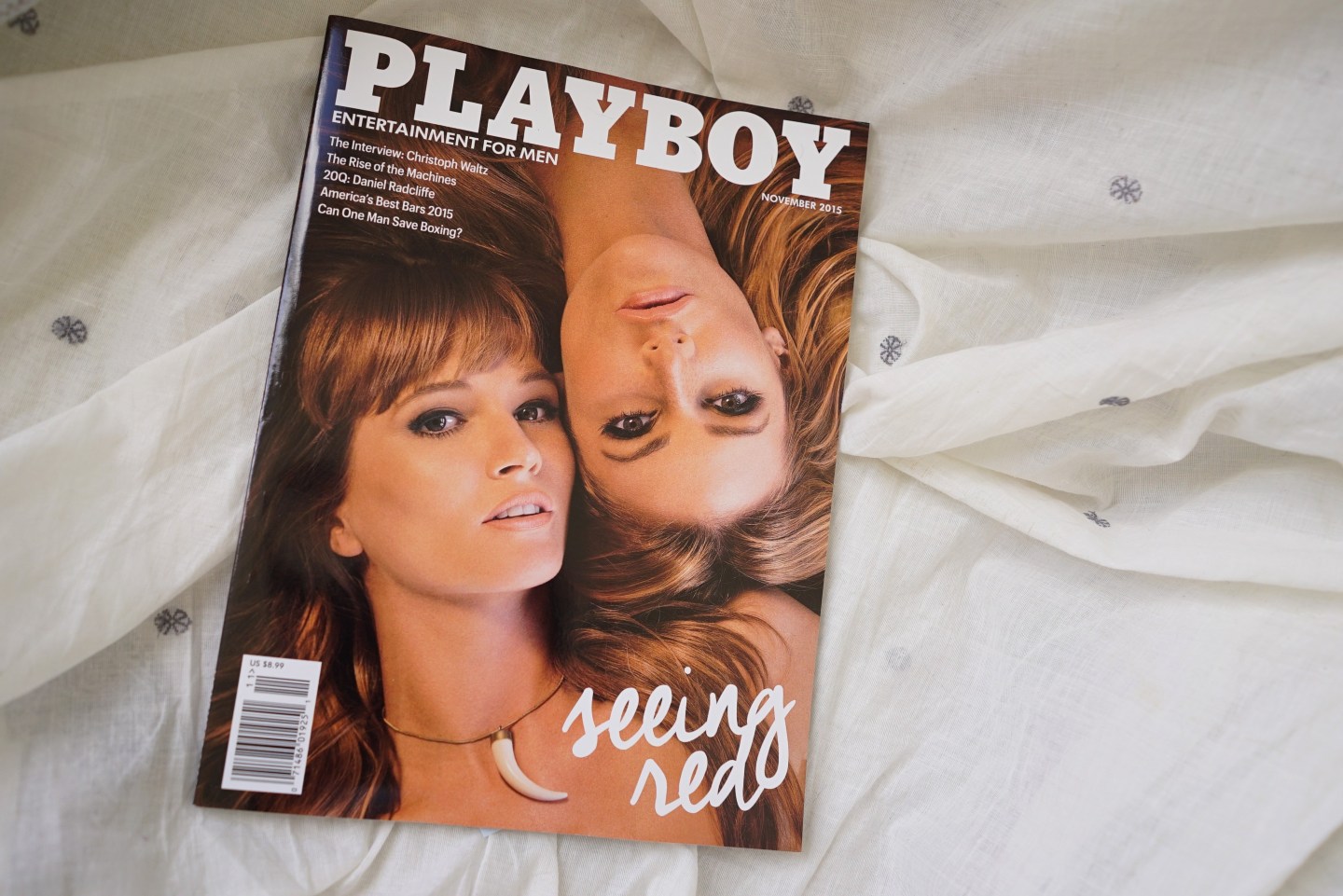 Sure, sex sells. As long as it’s free.

Earlier this week, Playboy announced that it will do away with full nudity in an effort to rebrand its fallen empire. “The political and sexual climate of 1953, the year Hugh Hefner introduced Playboy to the world, bears almost no resemblance to today,” said Playboy Enterprises CEO Scott Flanders.

The shift, however, has little to do with feminist wins and everything to do with finally understanding our digital world and the cost of an outdated business model. Hugh Hefner is widely considered to be the founding father of the sexual revolution – he shocked the world with a nude of cover of Marilyn Monroe in 1953 – but the business model that made Hefner a pioneer is just obsolete. The publication has been buried by the very culture it created.

Fortunately for Playboy, it was never entirely about nudity. While the long-running joke is that men “read it for the articles” – that actually isn’t completely false. One of its selling points has been that the magazine was created for literate, cultured men who also happened to enjoy photos of nude ladies. An under-publicized and notable accomplishment of the magazine is that it has a surprising history of groundbreaking interviews with luminaries such as Miles Davis and Steve Jobs and has featured the work of famed writers including Margaret Atwood, Jack Kerouac and Norman Mailer.

In changing Playboy’s brand identity, the company seems to understand that disruptive businesses that have emerged in the last five years — Uber, AirBnB and Seamless, to name a few – have exploited and successfully filled a void in outdated business weaknesses. And Playboy wants to do this too.

It seems that Playboy execs finally realized that even legacy companies need to innovate or become irrelevant. The number one source of traffic to most websites is social networks like Facebook, Twitter, and Instagram – platforms that forbid nudity. In what happened to be a very successful experiment, the magazine already phased out nudity on their website last summer, and the results speak for themselves. According to executives quoted by The New York Times, once they got rid of online nudity the average age of [Playboy’s] online reader dropped to age 30 – the coveted millennial demo – from age 47, and web traffic quadrupled from four million to 16 million monthly visitors.

Will the rebranding work?

Though Playboy is now thought to be about as scandalous as pre-marital sex, the magazine nonetheless needs to align with its web presence and at the same time, gain an air of respectability for the brand. No one wants to be seen as the “creep” reading Playboy on the subway. It remains to be seen whether or not that perception can be changed.

Changing its business model to solely concentrate on in-depth journalism and artful, high-end photography – pitting itself against established brands like the The New Yorker and Vanity Fair (which just received a ton of great publicityand glowing articles for publishing “glamorous and artistic” nude photos of a pregnant Kourtney Kardashian in this month’s issue ) is a gamble, and can go one of two ways: by either impressing and subsequently luring advertisers and readers back into their pages or being ridiculed for “selling out” and going against the very ethos and legacy Hefner established.

Additionally, in an interview with the New York Post, circulation expert John Harrington said this of the remodel: “I don’t think Walmart will ever carry it. There may be a few bookstores and gas stations that start carrying it, but I don’t see it going on sale in major supermarket chains anytime. It may be a case of too little, too late.”

Will Playboy 2.0 win over women, millennials and other demographics that have traditionally turned their nose up at the magazine? It’s a tremendous gamble, but innovating an outdated business model (in any industry) is crucial for survival. The beauty of the new Playboy 2.0 , though, is that it’s probably quite a bit more like the old Playboy than they’d like to admit.

Neil Powell is the co-founder of Mugnacious; an award-winning product designer and a fine artist whose work is in the permanent collection of The Smithsonian Institution’s Cooper-Hewitt Design Museum.