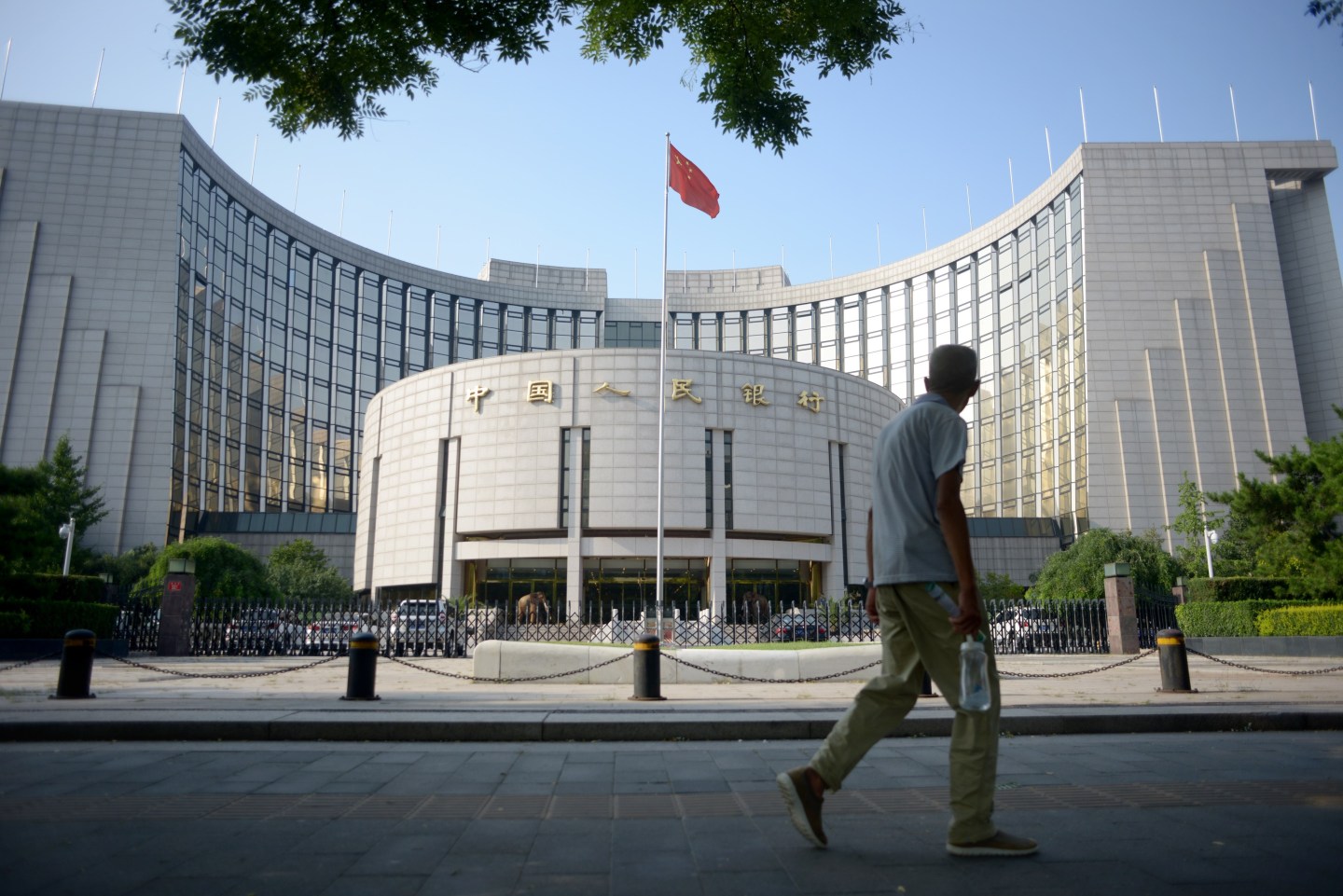 An elderly man walks past the People's Bank of China in Beijing on August 12, 2015. China cut the yuan's value against the US dollar for the second consecutive day on August 12, roiling global financial markets and driving expectations the currency could be set for further falls. AFP PHOTO / WANG ZHAO (Photo credit should read WANG ZHAO/AFP/Getty Images)
Photograph by Wang Zhao — AFP/Getty Images

IBM said it is bringing its Bluemix cloud-based software development platform to China through partnership with 21Vianet, a Chinese data center operator that is also Microsoft’s partner in the region.

Software developers use tools like Bluemix to build, test, then deploy their applications. Bluemix itself is based on the open-source Cloud Foundry software.

An IBM (IBM) spokeswoman said Bluemix services will be available in China this year.

Meanwhile IBM has pledged to put Bluemix and its SoftLayer public cloud infrastructure everywhere: Earlier this week it opened its first Indian data center in Chennai.

Google (GOOG), widely seen as the third major public cloud provider along with Microsoft and Amazon, has no on-the-ground presence in either China or India. The Internet search giant had run-ins with the Chinese government over censorship and pretty much left the country five years ago. It subsequently nixed a planned data center in Hong Kong, although there are signs that it will bring back at least some of its offerings to China soon.

Meanwhile, cloud is not just about U.S.-based providers anymore. Chinese retail giant Alibaba is making moves with its cloud unit both in China and in the U.S. This week, Alibaba’s AliCloud unit (also known as Aliyun) said it is partnering with giant contract manufacturer Foxconn on an incubator to help Chinese startups commercialize and sell their products. Alibaba has also made a play in the U.S., opening up a cloud data center in Silicon Valley last year and partnering with data center provider Equinix (EQIX) to expand its global footprint as well.