This is the new generation gap at work 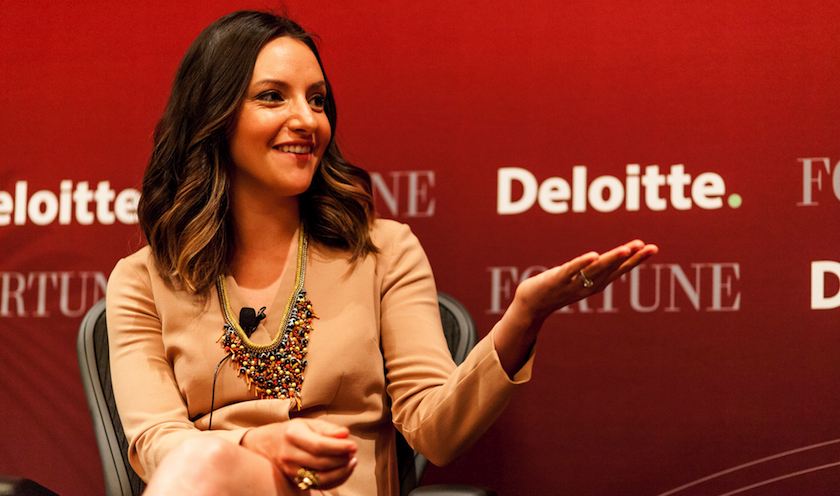 Do you email? Or do you Slack?

In an era where there’s no shortage of ways to get in touch, the question of how you communicate with your colleagues may seem a pointless matter of personal preference.

But as options multiply and employees migrate, some of those choices are dividing the workforce—largely along generational lines.

But while some—mostly millennials—have abandoned more old-fashioned communication methods, Morin also has employees who haven’t embraced the new (and more open) ones. “The Gen X and older generations—they’re not adopting Slack and they’re missing out on a lot of community and conversation that might be useful in their jobs,” she said, speaking in a panel discussion at Fortune’s Most Powerful Women summit in Washington, D.C. Tuesday morning.

Morin’s is hardly the only company updating its communication structures to better suit the preferences of the millennial workforce. Julia Hartz, president and co-founder of live event marketplace Eventbrite, saw her 500 employees latch on to Slack rapidly, but also organically after the company’s engineering team began using it. “It just grew,” she said. “Email has become a lesser used channel. If you’re not on Slack you’re definitely missing out.”

Meanwhile, Hartz said her company’s communications strategy is evolving in other millennial-forward ways as well. Eventbrite has abandoned its blog and Tumblr in favor of a select few sites where it posts “long-form” content that Hartz finds especially effective for recruiting purposes. She spends a lot of time on Glassdoor, the job information site, replying to reviews from past, current, and prospective Eventbrite employees.

Hartz’s other favorite platform? Medium, which she said has an authenticity about it, and is where her company tells its story to the world. “It’s the first time we’ve been able to get engineers to write about their experience,” she said.