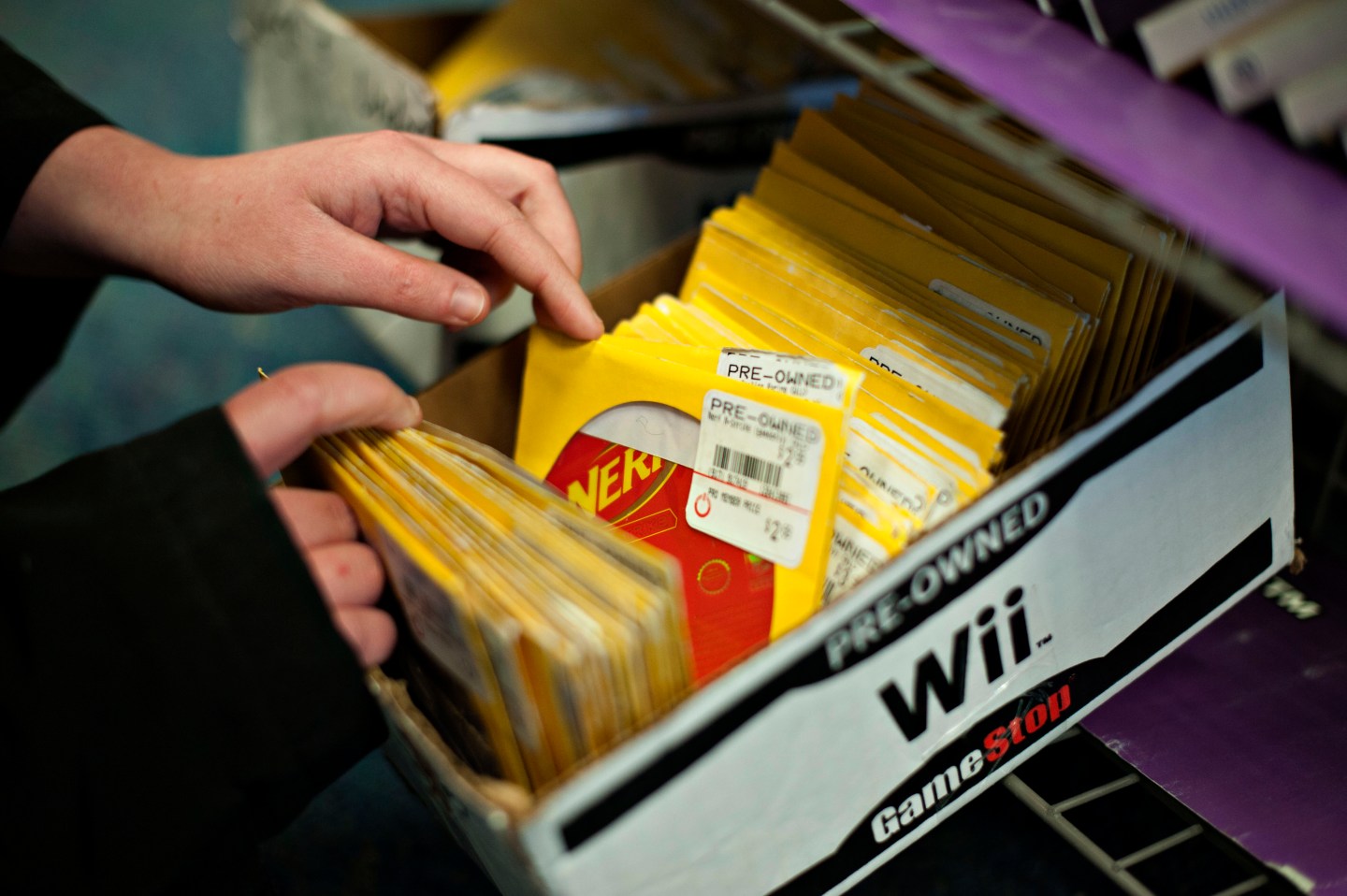 Customer Henri Seymour looks over video games for sale at a GameStop Corp. store in Peru, Illinois, U.S., on Wednesday, March 26, 2014. GameStop Corp. is depending on new generation machines from Sony Corp. and Microsoft Corp. to breathe life into an industry hurt by consumers shifting play to social networks and mobile phones. Photographer: Daniel Acker/Bloomberg via Getty Images
Photograph by Daniel Acker — Bloomberg via Getty Images

GameStop has announced the video game retailer’s brick-and-mortar locations will remain closed on Thanksgiving, the latest in a new trend this holiday that sees some retailers opting not to compete as aggressively for sales that day.

Over the past several years, retailers have increasing pushed back store opening times to kick off the holiday season. First they inched earlier and earlier on “Black Friday,” which is the day after Thanksgiving when the holiday selling season traditionally began. Then, they began to open their doors on the actual Thanksgiving holiday. That prolonged trend even earned a nickname among retail reporters, which were calling it the “Black Friday creep.”

Now there appears some are saying “No thanks” to sales on Turkey Day. GameStop (GME) on Monday said the move was made so that the company’s employees, as well as customers, could spend time with their families and friends to enjoy the holiday. When office-supplies retailer Staples (SPLS) earlier this month said it wouldn’t open its doors on that day, it had a nearly identical motivation.

But the question remains: how much is this altruism and how much is this a savvy business move? Opening up on Thanksgiving is costly as retailers need to pay employees holiday wages. The additional costs might not be justified if sales that would have been generated on Black Friday are simply moved up to Thanksgiving. Retailers can also opt to run online-exclusive sales for Thanksgiving, while keeping their physical doors closed.

And while the decision to open up on Thanksgiving may make sense for companies like Walmart (WMT) and Target (TGT), which are fighting with online sellers like Amazon.com (AMZN) for those early holiday season dollars, door-busters are likely less appealing at GameStop (which pretty much just sells electronics) and Staples (known as an office retailer, though it certainly sells many other products).

GameStop is planning to open the retailer’s U.S. stores at 5 a.m. local time on Friday. To stay competitive, the company is planning events before and on Black Friday.