This is how fast food chains invent new sandwiches 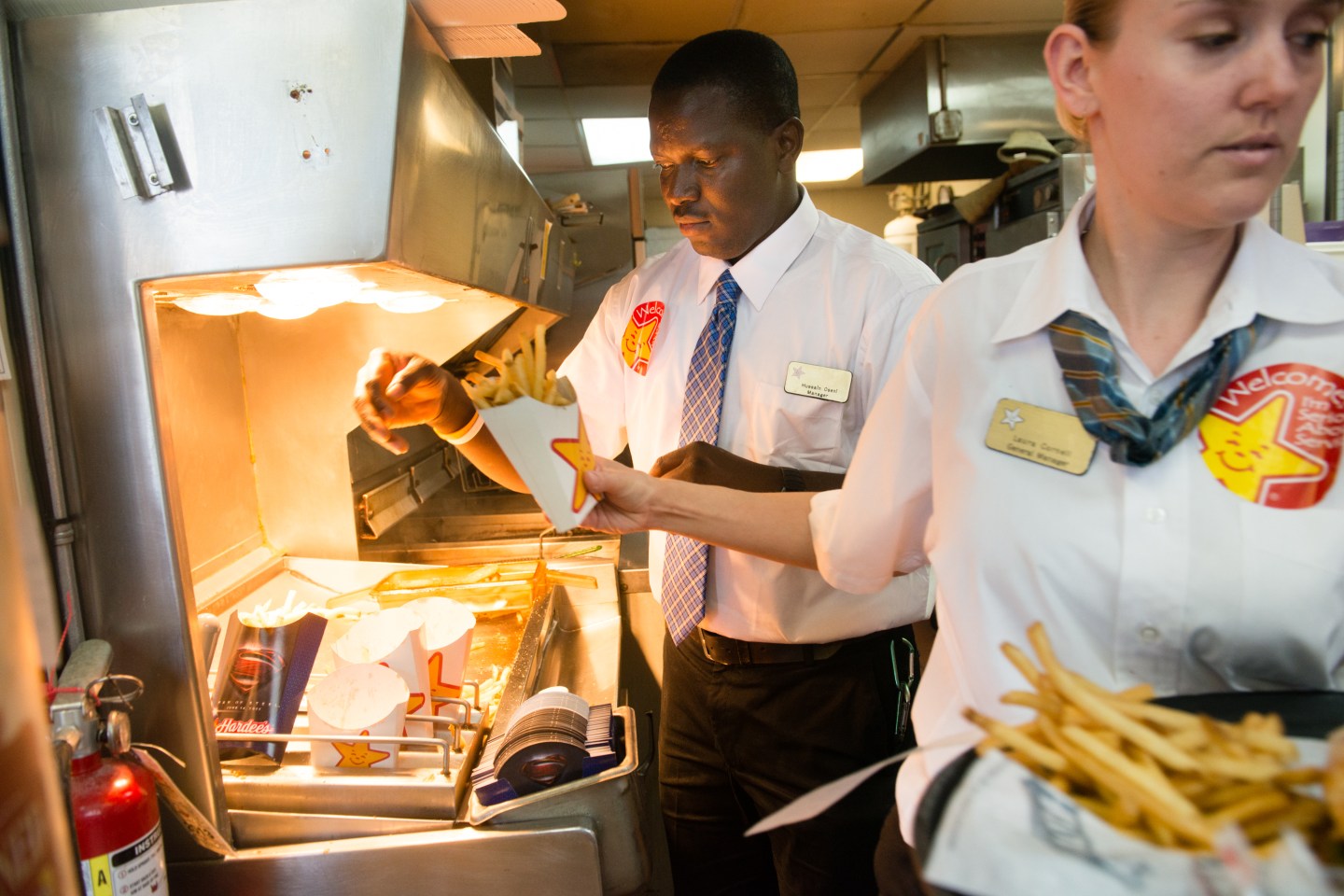 PASADENA, MD - JUNE 28: Hussain Oseni, 38, of Nigeria, is the Assistant Manager at Hardees. He has worked there since 2009 and have to the United States when he was 21. He is handing fries to the General Manager, Laura Cornell, right. Many low silled jobs in the United States are being increasingly done by immigrants instead of Americans. This is the case at a Hardee's Restaurant in Pasadena, MD. (Photo by Sarah L. Voisin/The Washington Post via Getty Images)
Photograph by The Washington Post/Getty Images

Earlier this year, Hardee’s and Carl’s Jr. released the “Most American Thickburger”—a split hot dog and Lays potato chips on top of a cheeseburger, just one of the latest results of the “Frankenfood” trend.

Other recent fast food abominations include Pizza Hut’s Hot Dog Bite Pizza, Taco Bell’s Waffle Taco, and KFC’s Double Down, which This American Life’s host Ira Glass has identified as the turning point of the food mashup trend. Glass wanted to know who comes up with these inventions and how, so show producer Zoe Chace went to find out at “The Room Where it Happens.”

The “room” is actually a fast-food kitchen located at Hardee’s St. Louis headquarters. Chace joined a group of four men to test about 30 menu items. The 30 sandwiches came from a list of about 200, which executives had previously voted either for or against based on just their names.

These men aren’t food experts, they’re marketers; one of them, “Brad,” saved Jack in the Box following an E. coli contamination that killed four kids.

Frankenfoods have become more popular as fast food restaurants lose customers to options that are perceived as more upscale and healthier, such as Chipotle and Panera. So Hardee’s and others are going in the complete opposite direction: downscale and greasier.

The men sit down with spit cups, like at a wine tasting, and discuss their opinions about the taste, visuals, and names. Does the food creation meet expectations? Can it be improved? Will customers buy it more than once? Their model for success is the Doritos Locos Taco, which was hugely successful when it first came out and remains a fan favorite.

The most important thing to consider is whether the chain can come up with a story for the product, a selling point such as the Most American Thickburger’s overtly patriotic ad.

These men don’t use any concrete data; they choose a product based entirely on a feeling. Then they test it at a few locations and survey customers who purchase the product.

If all goes well, the final product will look something like this: